If you’re anything like us at Off the Shelf, you can’t get enough of Taylor Jenkins Reid. From humorous and heartfelt coming-of-age stories like Maybe in Another Life to the gripping and cinematic historical fiction of Daisy Jones & the Six, Reid’s unique combination of inspirational storytelling and brutally honest emotional poignancy is enough to captivate any reader. Once you’ve exhausted the Taylor Jenkins Reid library you know and love, check out one of these seven titles that are sure to scratch that Reid itch that has you jonesing for strong leads, awe-inspiring settings, and heartrending insights into the most tangled of relationships. 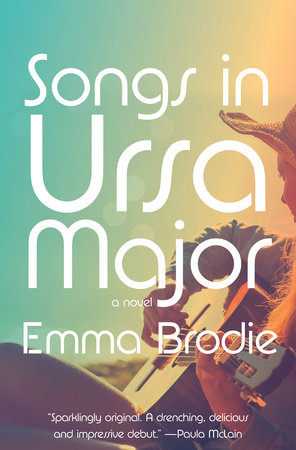 |+| Add to Your Shelf
Songs in Ursa Major
by Emma Brodie

Perfect for fans of MALIBU RISING, SONGS IN URSA MINOR is set in the sultry summer of 1969, when folk icon Jesse Reid is scheduled to headline the Bayleen Island Folk Fest. When his motorcycle crashes on the way, however, local singer Jane Quinn is asked to perform in his place. As her star begins to rise and Jesse stays on the island to heal, the two form a bond and Jesse becomes Jane’s number one advocate. But once on tour with Jesse, Jane discovers the darkness beneath Jesse’s music and must grapple with the secrets in her own past.

|+| Add to Your Shelf
Songs in Ursa Major
Emma Brodie 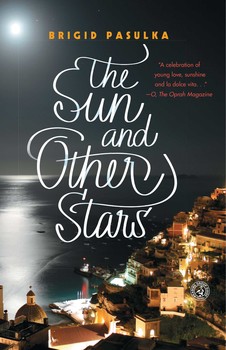 Etto, a twenty-two-year-old living in San Benedetto, is grieving the loss of his twin brother and mother, growing ever more adrift from his father, the local butcher and a soccer obsessive. But when Ukrainian soccer star Yuri comes to the island to hide from a scandal with his sister, Zhuki, Etto finds himself suddenly invited into their world of soccer, friendship, and fun. Like the best Taylor Jenkins Reid stories, THE SUN AND OTHER STARS luxuriates in dreamy surroundings, empathetic characters, and the fantasy of celebrity.

|+| Add to Your Shelf
The Sun and Other Stars
Brigid Pasulka

From PEN/Hemingway award winner Brigid Pasulka, the “charming…refreshing tale” (The New York Times Book Review) of a widowed butcher and his son whose losses are transformed into love in a small town on the Italian Riviera.

In the seaside village of San Benedetto, twenty-two-year-old Etto finds himself adrift. Within the past year, Etto has not only lost both his twin brother and his mother, but in his grief has become estranged from his father, the local butcher. While his father passes the time with the men of the town in the fine tradition of Italian men everywhere—a reverential obsession with soccer—Etto retreats ever further from his day-to-day life, seeking solace in the hills above the town.

But then a Ukrainian soccer star, the great Yuri Fil, sweeps into San Benedetto, taking refuge himself from an international scandal. Soon Yuri and his captivating sister Zhuki invite Etto into their world of sport, celebrity, loyalty, and humor. Under their influence, Etto begins to reconstruct his relationship with his father and, slowly, open himself back up to the world. Who knows: perhaps the game of soccer isn’t just a waste of time, and perhaps San Benedetto, his father, love, and life itself might have more to offer him than he ever believed possible.

“Full of light and surprising grace, [The Sun and Other Stars] is both a poetic coming-of-age story and a poignant examination of the nature of family and belonging” (The Boston Globe). It is a gorgeous, celebratory novel about families, compromise, and community, a big-hearted masterpiece that showcases a writer at the joyful height of her talents. 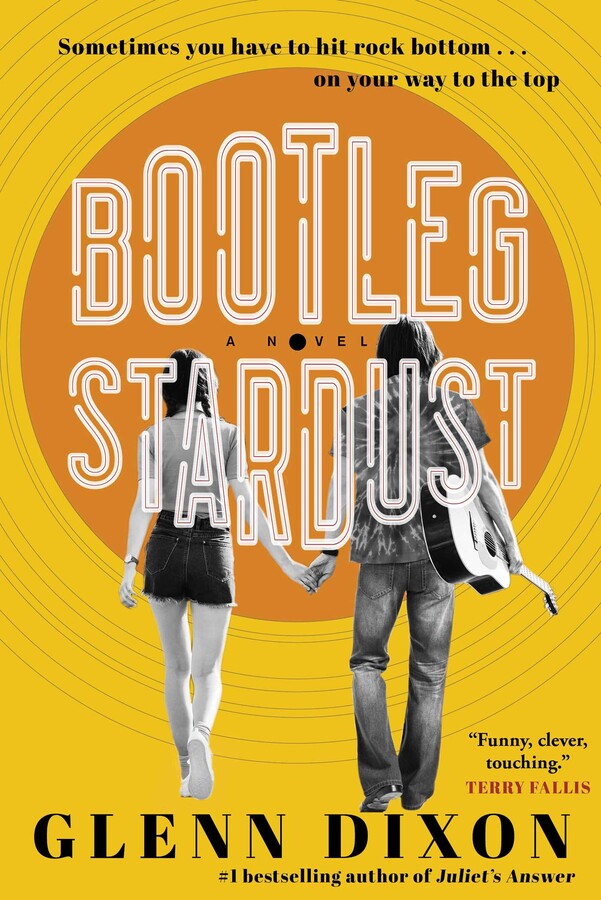 |+| Add to Your Shelf
Bootleg Stardust
by Glenn Dixon

Love the nostalgic magnetism of DAISY JONES & THE SIX? Check out BOOTLEG STARDUST, about high school dropout Levi who, despite his foster home background, is determined to become a rock star. When he gets hired to join the group Downtown Exit, he thinks his dream has come true. But, being just the backup guitarist, Levi must wait in the shadows and negotiate the volatile personalities of his bandmates as they traverse Europe until his moment arrives. This joyful debut’s oral history format is perfect for fans of ALMOST FAMOUS and THE FINAL REVIVAL OF OPAL & NEV.

Daisy Jones & the Six meets Nick Hornby in this uplit debut novel about a young musician who auditions for a band and is suddenly catapulted into the wild world of rock and roll stardom, where nothing is quite what it seems.

Sometimes you have to hit rock bottom on your way to the top.

It’s 1974. The music world is rocking with bellbottoms, platform shoes, and lots and lots of drugs. This year’s sensation is an American band called Downtown Exit and their latest album has just gone gold.

For high school dropout Levi Jaxon, things aren’t so great. After bouncing around foster homes for years, he’s living in his best friend’s basement. His dream is to someday be a rock star, but he has a problem—his own band has just broken up.

In an uncanny stroke of luck, Levi lands an audition for Downtown Exit, who are now recording their second album at Abbey Road Studios. He arrives in London and aces his audition, only to learn he’s not really in the band. No, Levi’s job is to sit in the wings and cover for the band’s real guitarist when he inevitably starts tripping on stage.

Levi sticks with it, hoping to step into the role he’s always dreamed of. But he must first navigate egos, jealousies, and deceptions. Frankie, the band’s front man, has it out for him. And Levi has fallen for Ariadne, the band’s photographer. All of them have their secrets, Levi included. And as the band tours through Europe and struggles to finish their new album, Levi comes face to face with unanswered questions from his past and the impossible price that fame demands.

Utterly magical and transporting, Bootleg Stardust is a one-of-a-kind joyride about the power of music to bring people together—and break them apart—and the courage it takes to find your own voice. 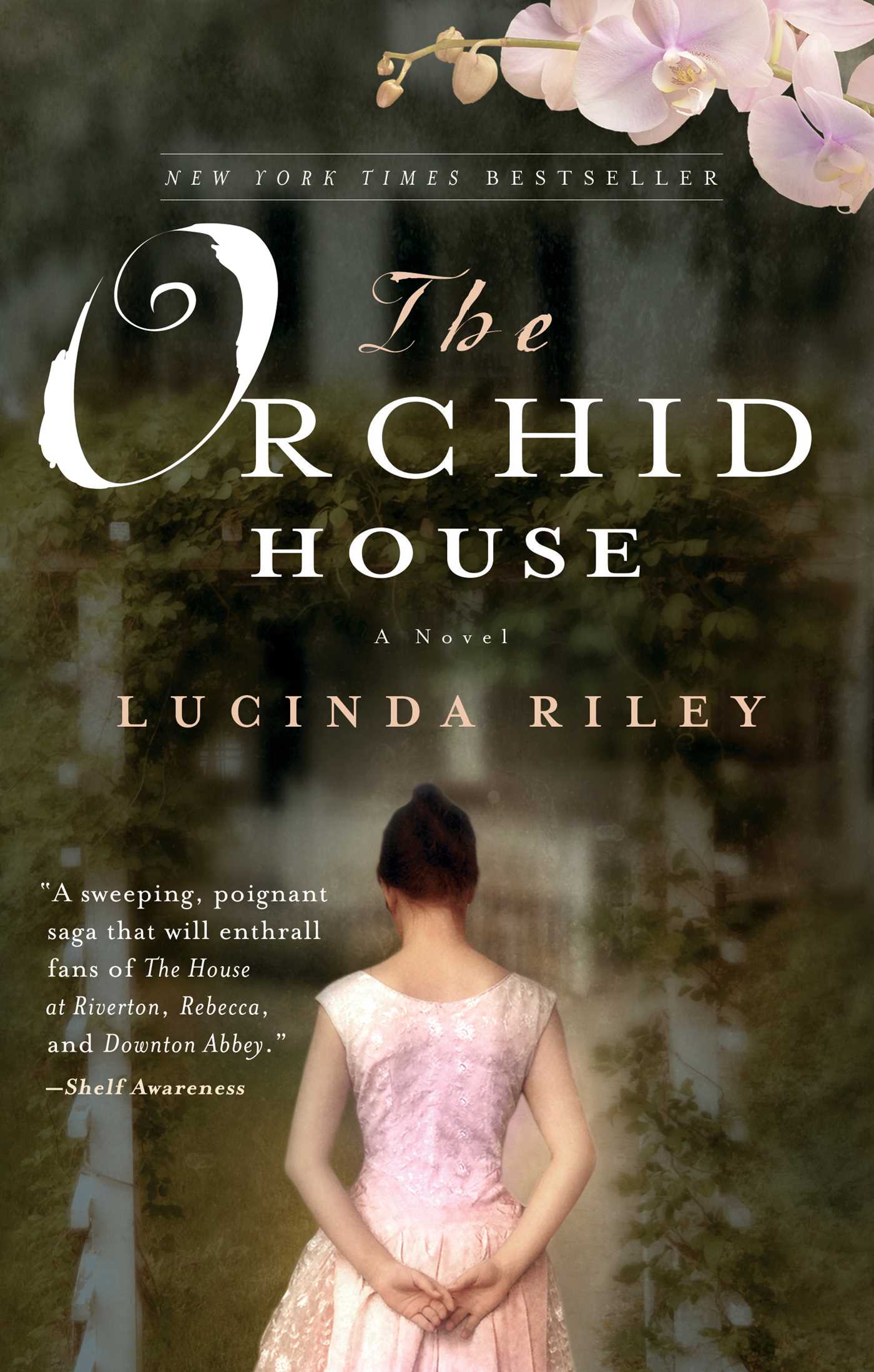 |+| Add to Your Shelf
The Orchid House
by Lucinda Riley

Pianist Julia Forrester returns to Wharton Park, the grand estate where her father once tended to exotic orchids, to recover from the loss of her husband and child. There, she and the estate’s heir, Kit, find an old diary that holds the secrets to a long-ago love affair that almost tore the estate apart. Told in alternating time lines between the present English countryside and 1940s Thailand where two star-crossed lovers were separated during World War II, THE ORCHID HOUSE has all the poignancy and time-spanning grandeur of the most epic Taylor Jenkins Reid titles.

|+| Add to Your Shelf
The Orchid House
Lucinda Riley

Set in a magnificent estate in interwar Britain, this sweeping novel tells the tale of the prominent Crawford family, whose shocking secrets lead to devastating consequences for generations to come. 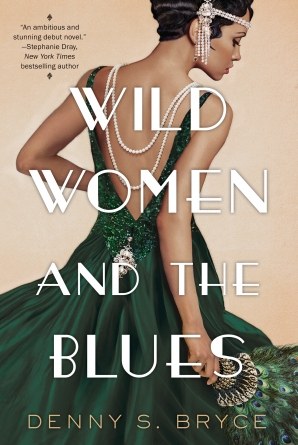 |+| Add to Your Shelf
Wild Women and the Blues
by Denny S. Bryce

A historical novel about formidable women perfect for fans of THE SEVEN HUSBANDS OF EVELYN HUGO, WILD WOMEN AND THE BLUES follows Honoree Dalcour, a sharecropper’s daughter who moves to Chicago in 1925 eager to dance her way to the top. As Honoree socializes with elites like Louis Armstrong and filmmaker Oscar Micheaux, she begins to realize ambition comes at a price. Ninety years in the future, a filmmaker with his own traumatic past comes to a 110-year-old Honoree looking for answers about Micheaux’s career, but the answers she gives him aren’t the ones he expects.

|+| Add to Your Shelf
Wild Women and the Blues
Denny S. Bryce 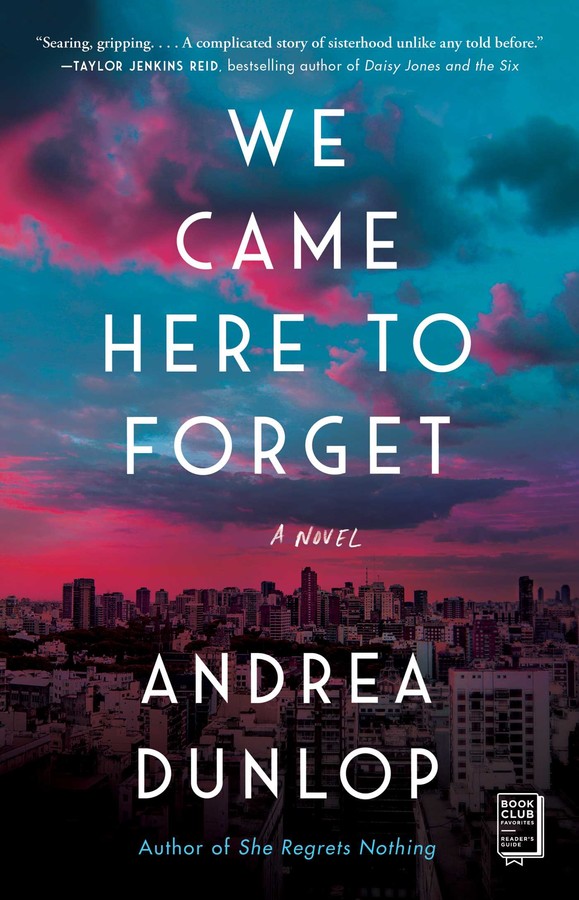 Katie has always wanted to be an Olympic skier. She leaves home to live and train with friends and fellow skiers Luke and Blair. But when Katie discovers a horrible secret about her sister that tears her world—and her friendship with Luke and Blair—apart, she flees to Buenos Aires and recreates herself as Liz Sullivan. Flashing between her ascent in the ski world as Katie and her descent into the underbelly of the tango scene as Liz, WE CAME HERE TO FORGET is, according to Taylor Jenkins Reid, a “searing, gripping . . . [and] complicated story of sisterhood.”

|+| Add to Your Shelf
We Came Here to Forget
Andrea Dunlop

From the author of She Regrets Nothing, which BuzzFeed called a “sharp, glittering story of wealth, family, and fate,” a vivid novel about a young Olympic skier who loses everything and reinvents herself in Buenos Aires, where she meets a man keeping dark secrets of his own.

Katie Cleary has always known exactly what she wants: to be the best skier in the world. As a teenager, she leaves her home to live and train full time with her two best friends, brothers Luke and Blair. Their wealthy father hires the best coaches money can buy and after years of training, the three friends are the USA’s best shot at bringing home Olympic gold.

But as the upward trajectory of Katie’s elite skiing career nears its zenith, a terrifying truth about her sister becomes impossible to ignore—one that will lay ruin not only to Katie’s career but to her family and her relationship with Luke and Blair.

With her life shattered and nothing left to lose, Katie flees the snowy mountainsides of home for Buenos Aires. There, she reinvents herself and meets a colorful group of ex-pats and the alluring, charismatic Gianluca Fortunado, a tango teacher with secrets of his own. This beautiful city, with its dark history and wild promise, seems like the perfect refuge, but can she really outrun her demons?

“Searing, gripping…a complicated story of sisterhood unlike any told before” (Taylor Jenkins Reid, author of Daisy Jones & The Six), We Came Here to Forget explores what it means to dream, to desire, to achieve—and what’s left behind after it all disappears. 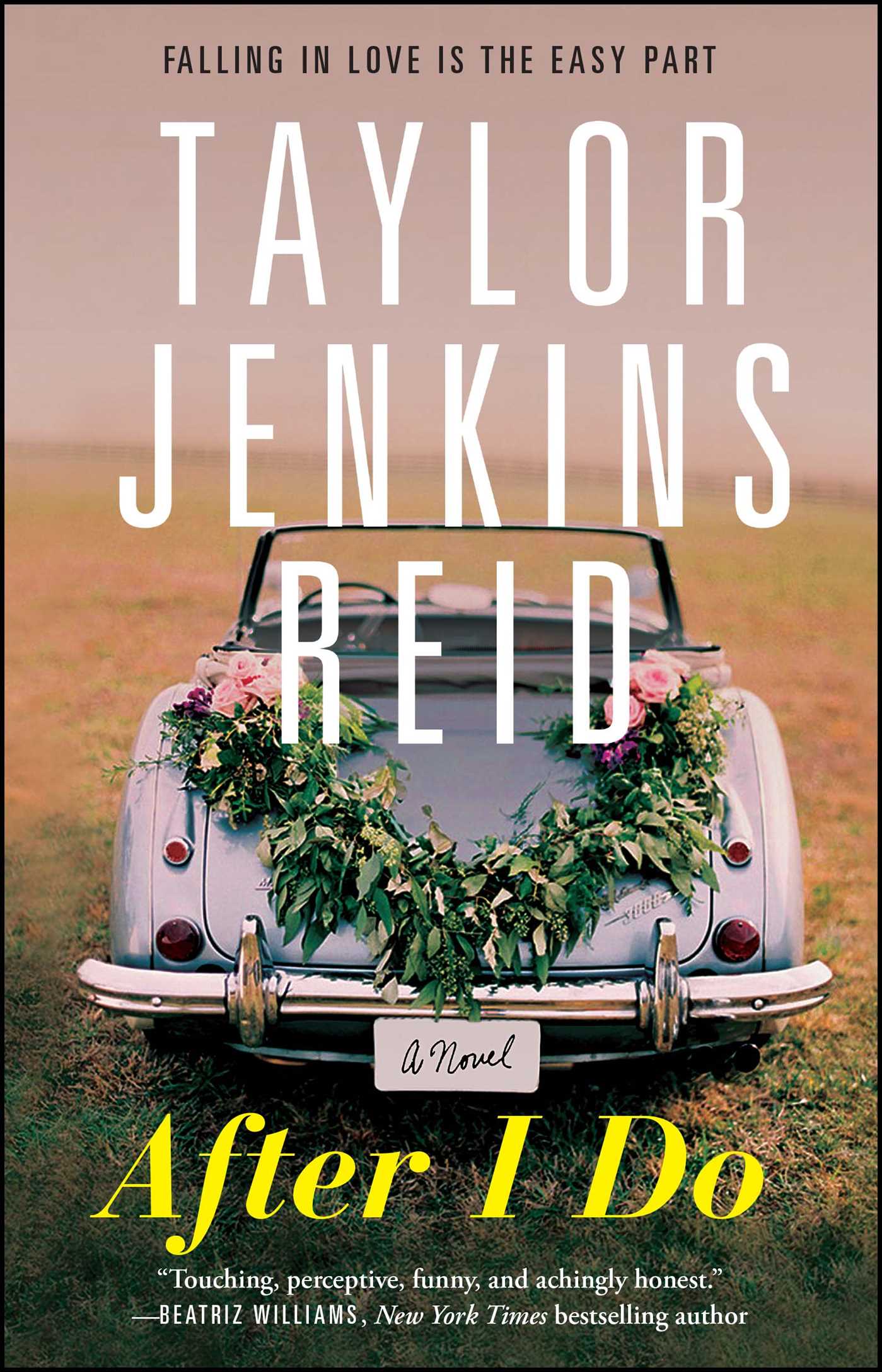 |+| Add to Your Shelf
After I Do
by Taylor Jenkins Reid

Still craving Taylor Jenkins Reid’s uplifting characters and emotional vulnerability? Check out this backlist gem, Taylor Jenkin Reid’s second novel, AFTER I DO which meets Lauren and Ryan at the moment it seems their marriage will fail. In a last-ditch effort to save their relationship, the two agree to an unorthodox plan: they will take a year away from each other without any contact, in hopes that they will crave each other’s company by the end. Lauren’s journey of self-discovery has her reconnecting with friends and family and wondering what could possibly make marriage and monogamy work.

|+| Add to Your Shelf
After I Do
Taylor Jenkins Reid

The TJR TBR: 5 Taylor Jenkins Reid Novels You Must Read