Helen Fisher spent her early life in America but grew up mainly in Suffolk, England, where she now lives with her two children. She studied psychology at Westminster University and ergonomics at University College London, and worked as a senior evaluator in research at the Royal National Institute of Blind People. She is now a full-time author; Faye, Faraway is her first novel.

In my book, FAYE, FARAWAY, Faye travels back in time to the 1970s where she meets the mother she lost as a child, and her younger self. But despite that piece of magic, FAYE, FARAWAY is not a science-fiction or fantasy novel; it’s about love and loss, grief and hope. At the center of the story is a mother and daughter and the longing of one for the other, caused by loss. I’ve been asked quite a lot about the mother-daughter relationship in FAYE, FARAWAY, and I have come to think that no matter what the relationship is between a (grown-up) child and their parent, whether it’s good or bad, or even if you’ve never known them, it’s almost always a complicated relationship, and one either tinged or filled to the brim with some sort of longing. That longing may come from a desire to please the unpleasable, or from an anticipation of losing them one day. It’s made me think about books I’ve read where a child-parent relationship and the search for belonging is examined. Here are some of my favorites:

This is a novel bursting with nostalgia as Dido tells the story of growing up in England between 1976 and 2000. Dido is aware from a young age that her upbringing isn’t conventional, and there is frustration and mutual longing in abundance in the relationship portrayed between her and her mother, Edie, that is strained to the limit by Edie’s eccentric and difficult behavior. Dido loves her mother, but falls in love with the family that lives next door who seem to have everything in a family that Dido does not.

|+| Add to Your Shelf
The Queen of Bloody Everything
Joanna Nadin

Eleanor is an odd and addictive character whose behavior can be largely explained by her strange, destructive relationship with her mother. Although we don’t understand the relationship fully until the end, I found myself rooting for Eleanor to break away from the chains that her mother has imprisoned her in and to make her own chosen family. When I finished the book, I missed Eleanor and her brilliant, often cutting, take on life and her interesting routines.

|+| Add to Your Shelf
Leonard and Hungry Paul
by Ronan Hession

When I read the first chapter of LEONARD AND HUNGRY PAUL, I immediately reread it aloud to the person sitting next to me because I thought it was so brilliant. Including it in this book list is a bit of a cheat because the book is not really about a child-mother relationship. However, the first chapter describes the relationship between Leonard and his mother in great detail, and is so heart-warming and perfectly written, that I feel justified in recommending this gem of a book about two men who lead their lives with kindness and simplicity.

|+| Add to Your Shelf
Leonard and Hungry Paul
Ronan Hession

|+| Add to Your Shelf
Where the Crawdads Sing
by Delia Owens

This is one of my favorite reads of 2020. The first chapter is titled “Ma” and describes the day that six-year-old Kya remembers as the day her mother left home. Like everything else in the book, it is described so vividly and with such poignancy that I can still see Ma disappearing into the forest, with her white scarf, her blue case, and her alligator shoes just visible between the trees. Throughout the story, Kya keenly feels her mother’s loss, and longs for her. Not knowing where her mother is, or why she left, is a hurt threaded through the novel very effectively; not defining the story, but touching it always, as grief often does.

|+| Add to Your Shelf
Where the Crawdads Sing
Delia Owens 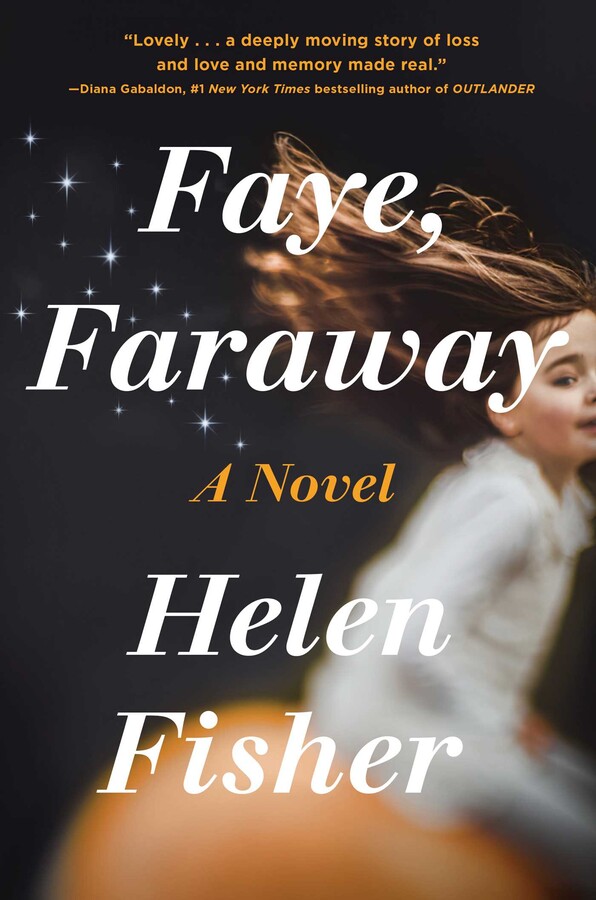 |+| Add to Your Shelf
Faye, Faraway
by Helen Fisher

If you’re looking for more books on belonging, all of us at Off the Shelf also recommend FAYE, FARAWAY. Faye is all grown up with a husband and kids, but when she steps into a box in the attic, she travels years back in time to the year before her mother died. Now she’s able to reconnect with her mother, and even her own younger self, and visit whenever she wants, but when the box portal begins to break down, she faces an impossible decision: Should she go back to stay her current life or risk leaving it forever for more time with her mother?

A heartfelt, spellbinding, and irresistible debut novel for fans of The Time Traveler’s Wife and Outlander that movingly examines loss, faith, and love as it follows a grown woman who travels back in time to be reunited with the mother she lost when she was a child.

Faye is a thirty-seven-year-old happily married mother of two young daughters. Every night, before she puts them to bed, she whispers to them: “You are good, you are kind, you are clever, you are funny.” She’s determined that they never doubt for a minute that their mother loves them unconditionally. After all, her own mother Jeanie had died when she was only seven years old and Faye has never gotten over that intense pain of losing her.

But one day, her life is turned upside down when she finds herself in 1977, the year before her mother died. Suddenly, she has the chance to reconnect with her long-lost mother, and even meets her own younger self, a little girl she can barely remember. Jeanie doesn’t recognize Faye as her daughter, of course, even though there is something eerily familiar about her...

As the two women become close friends, they share many secrets—but Faye is terrified of revealing the truth about her identity. Will it prevent her from returning to her own time and her beloved husband and daughters? What if she’s doomed to remain in the past forever? Faye knows that eventually she will have to choose between those she loves in the past and those she loves in the here and now, and that knowledge presents her with an impossible choice.

Emotionally gripping and ineffably sweet Faye, Faraway is a brilliant exploration of the grief associated with unimaginable loss and the magic of being healed by love.