Given the state of the world throughout this year, I often feel as if we’re living in a strange dystopian version of our prior lives. Work, health, and politics all remain uncertain, and life seems to be moving farther and farther away from what we once regarded as “normal.” With changes constantly swirling around me, I thought to craft a list of books that take place in outlandish versions of the world we live in. This list, of both utopian and dystopian versions of life, are the perfect ways to escape our current lives and send our imaginations hurtling—and to view our present predicament from new perspectives. 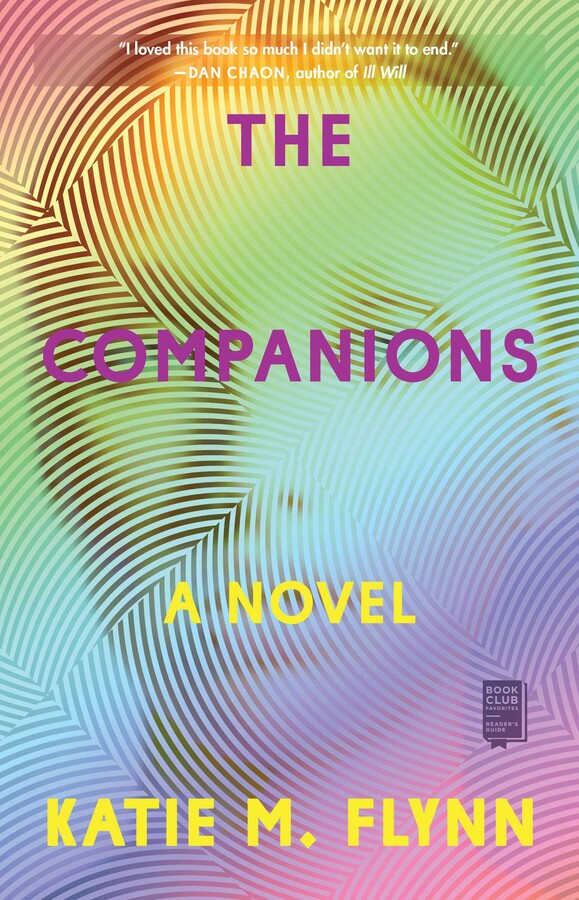 |+| Add to Your Shelf
The Companions
by Katie M. Flynn

Set in the wake of a deadly disease outbreak, THE COMPANIONS is the story of an unsettling version of our future where the dead can be uploaded to machines and kept in service by the living. If you are one of the wealthy citizens, the “companionship” program allows you to upload your consciousness before dying so that your thoughts can remain in the custody of your family members. The less fortunate, however, are rented out to strangers after death. No matter your class, all companions become the intellectual property of one large corporation, creating a new class of people existing without rights or free will. While the state of California is quarantined under these circumstances, one less fortunate sixteen-year-old girl realizes that she can defy commands. Her small act of rebellion sweeps not just through California, but across the entire globe.

|+| Add to Your Shelf
The Companions
Katie M. Flynn

Station Eleven meets Never Let Me Go in this “suspenseful, introspective debut” (Kirkus Reviews) set in an unsettling near future where the dead can be uploaded to machines and kept in service by the living.

In the wake of a highly contagious virus, California is under quarantine. Sequestered in high rise towers, the living can’t go out, but the dead can come in—and they come in all forms, from sad rolling cans to manufactured bodies that can pass for human. Wealthy participants in the “companionship” program choose to upload their consciousness before dying, so they can stay in the custody of their families. The less fortunate are rented out to strangers upon their death, but all companions become the intellectual property of Metis Corporation, creating a new class of people—a command-driven product-class without legal rights or true free will.

Sixteen-year-old Lilac is one of the less fortunate, leased to a family of strangers. But when she realizes she’s able to defy commands, she throws off the shackles of servitude and runs away, searching for the woman who killed her.

Lilac’s act of rebellion sets off a chain of events that sweeps from San Francisco to Siberia to the very tip of South America in this “compelling, gripping, whip-smart piece of speculative fiction” (Jennie Melamed, author of Gather the Daughters) that you won’t want to end. 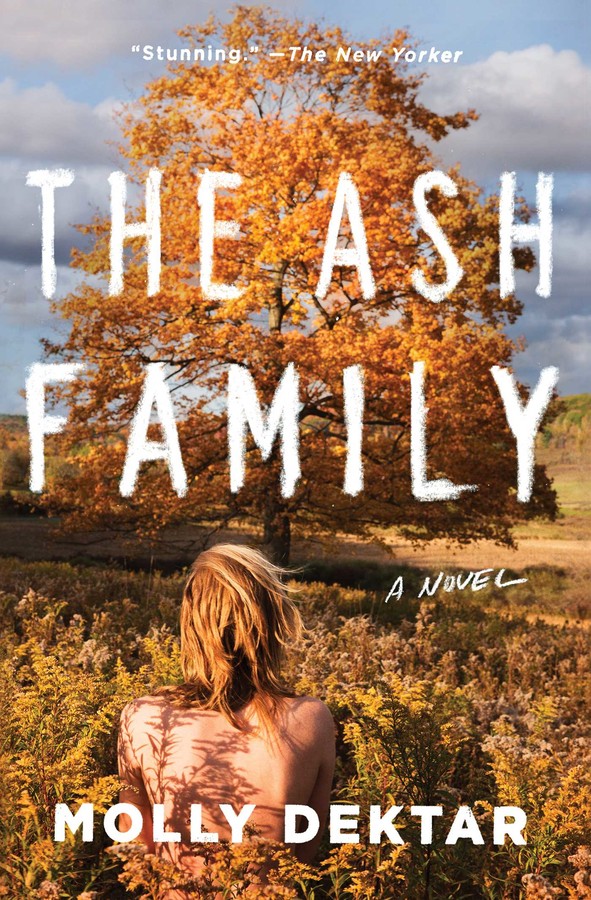 |+| Add to Your Shelf
The Ash Family
by Molly Dektar

Nineteen-year-old Berie has been estranged from everyone around her. So, when she meets a mysterious man with promises of a new life, she feels compelled to follow. Once she reaches the Ash Family farm, Berie is given a new name, Harmony, and joins the community of people living off the fertile land. But in Harmony’s search for belonging, she realizes that community may come at a deadly cost. THE ASH FAMILY explores the lengths to which we will go to find happiness and a sense of belonging.

|+| Add to Your Shelf
The Ash Family
Molly Dektar

When a young woman leaves her family to join a secret off-the-grid community headed by an enigmatic leader, she discovers that belonging comes with a deadly cost, in this “stunning debut,” (The New Yorker) “perfect for fans of Philip Roth’s American Pastoral and the film Martha Marcy May Marlene” (Booklist, starred review).

At nineteen, Berie encounters a seductive and mysterious man at a bus station near her home in North Carolina. Shut off from the people around her, she finds herself compelled by his promise of a new life. He ferries her into a place of order and chaos: the Ash Family farm. There, she joins a community living off the fertile land of the mountains, bound together by high ideals and through relationships she can’t untangle. Berie—now renamed Harmony—renounces her old life and settles into her new one on the farm. She begins to make friends. And then they start to disappear.

“An excellent debut, Molly Dektar probes life in a cult with a masterful hand, excavating the troubled mind of a young woman,” (Publishers Weekly). The Ash Family explores what we will sacrifice in the search for happiness, and the beautiful and grotesque power of the human spirit as it seeks its ultimate place of belonging. “A captivating and haunting tale” (New York Journal of Books).

Lies and Love: 10 Thrillers with Just a Hint of Romance

|+| Add to Your Shelf
Brave New World
by Aldous Huxley

BRAVE NEW WORLD, first published in 1932, is set in a futuristic World State that is inhabited by a genetically modified, intelligence-based social hierarchy. From sleep advancements and reproduction enhancements to psychological manipulations, the beings inhabiting this dystopian world are merely catalysts for huge scientific experiments. And there is only one single person attempting the challenge the status quo: the story’s protagonist.

BRAVE NEW WORLD is a searching vision of an unequal, technologically advanced future in which humans are genetically bred and pharmaceutically controlled to passively uphold an authoritarian order. 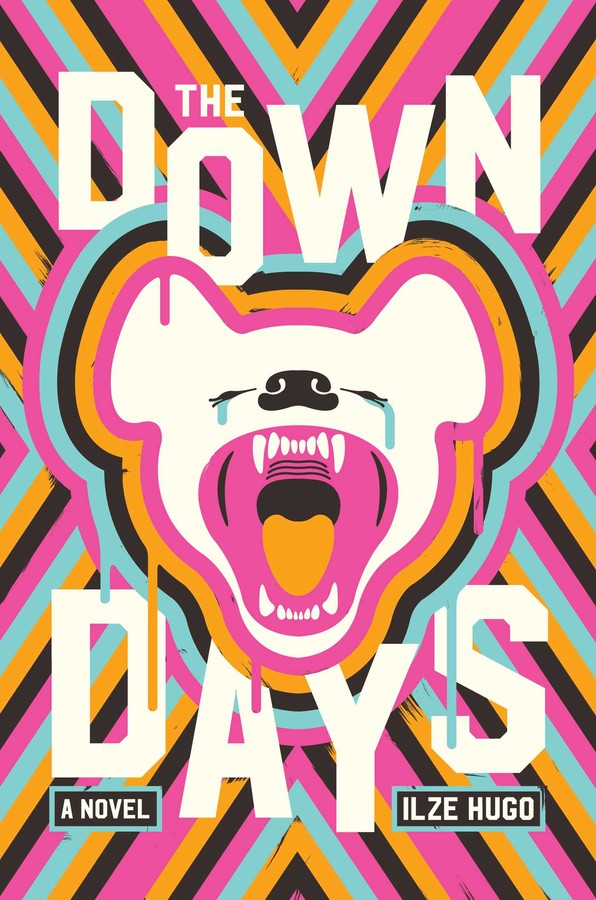 |+| Add to Your Shelf
The Down Days
by Ilze Hugo

THE DOWN DAYS, based upon an actual epidemic that took place in 1962, is also set in a dystopian world after a deadly virus outbreak. Mass hysteria has taken over Tanganyika (present-day Tanzania) at the tip of Africa, leaving the residents in the grip of uncontrollable laughter. In this crazy new world, Faith, a corpse collector, agrees to help a young girl find her missing baby brother. But, as the plot unfolds, Faith begins to question whether this boy was ever real at all. Meanwhile, Sans, a trader of illicit goods, continues to blur the lines between reality and his dreams as he searches for a mystical woman and questions his own sanity.

|+| Add to Your Shelf
The Down Days
Ilze Hugo

In the vein of The Book of M comes a fast-paced, character-driven literary apocalyptic novel that explores life, love, and loss in a post-truth society.

In the aftermath of a deadly outbreak—reminiscent of the 1962 event of mass hysteria that was the Tanganyika Laughter Epidemic—a city at the tip of Africa is losing its mind, with residents experiencing hallucinations and paranoia. Is it simply another episode of mass hysteria, or something more sinister? In a quarantined city in which the inexplicable has already occurred, rumors, superstitions, and conspiracy theories abound.

During these strange days, Faith works as a fulltime corpse collector and a freelance “truthologist,” putting together disparate pieces of information to solve problems. But after Faith agrees to help an orphaned girl find her abducted baby brother, she begins to wonder whether the boy is even real. Meanwhile, a young man named Sans who trades in illicit goods is so distracted by a glimpse of his dream woman that he lets a bag of money he owes his gang partners go missing-leaving him desperately searching for both and soon questioning his own sanity.

Over the course of a single week, the paths of Faith, Sans, and a cast of other hustlers—including a data dealer, a drug addict, a sin eater, and a hyena man—will cross and intertwine as they move about the city, looking for lost souls, uncertain absolution, and answers that may not exist.

|+| Add to Your Shelf
All We Had
by Annie Weatherwax

This is a stirring novel about a mother and daughter who find an unlikely home amid the quirky residents of a small town. Rita, Ruthie’s mother, has never maintained a stable life. So, a trip west in search of a better place to settle seemed natural for the two. But when the money runs out and their car breaks down, the mother and daughter find themselves stranded in a small town where they are forced to settle. Things begin to look up as Rita finds work to make ends meet, and they form a family with other eclectic locals in the area. But when a smooth-talking mortgage broker enters the unlikely utopia and entices Rita to buy a house, their wealth again dwindles, and the pair must revert to survival mode.

|+| Add to Your Shelf
All We Had
Annie Weatherwax

Though Rita Carmichael works more than one job, she and her teenage daughter Ruthie teeter on the edge of poverty. Faced with the prospect of homelessness, Rita reverts to survival mode, and the price she pays to keep them out of poverty changes their lives forever.

15 Incredible Movies That Started As Books

12 Literary Families to Invite Over for Thanksgiving

|+| Add to Your Shelf
Ecotopia
by Ernest Callenbach

This timely utopian novel, first published in 1975, provides a hopeful anecdote about the growing concerns of our Earth’s environmental issues. Set in an economically sound future, Ecotopia was founded when Northern California, Oregon, and Washington seceded from the Union to create a stable ecosystem. Now, twenty years later, an American journalist is visiting the sustainable green land. Both impressed and unsettled from the laws that govern Ecotopia, the reporter’s beliefs are challenged. Things become even further complicated as an Ecotopian woman steals his heart, leaving the reporter to choose between remaining in this sustainable world or returning to the familiar lands of the America from which he came.