For thousands of superfans, New York Comic Con is the most wonderful time of the year. Whether or not you made it to the biggest pop culture convention on the East Coast this month, you’ll find something to geek out about in one of these engaging and fun-filled books. From spending a weekend with devoted Jane Austen fans to a family road trip through countless sci-fi conventions, these books will speak to the fanatic inside all of us. 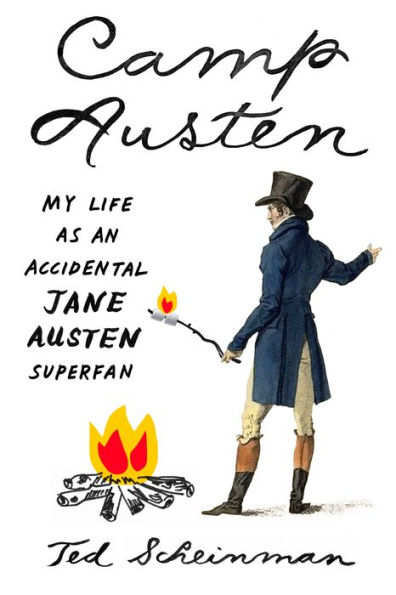 |+| Add to Your Shelf
Camp Austen: My Life as an Accidental Jane Austen Superfan
by Ted Scheinman

As the son of a Jane Austen scholar, Ted Scheinman tried to shake off his mother’s love for all things Regency era. But in this loving, whip-smart, and insightful memoir, Scheinman explores the enduring devotion of Janeites and his own affection for the author with his experience organizing a Jane Austen summer camp at grad school. This is the perfect read for anyone who has fallen in love with Austen’s classics.

|+| Add to Your Shelf
Camp Austen: My Life as an Accidental Jane Austen Superfan
Ted Scheinman 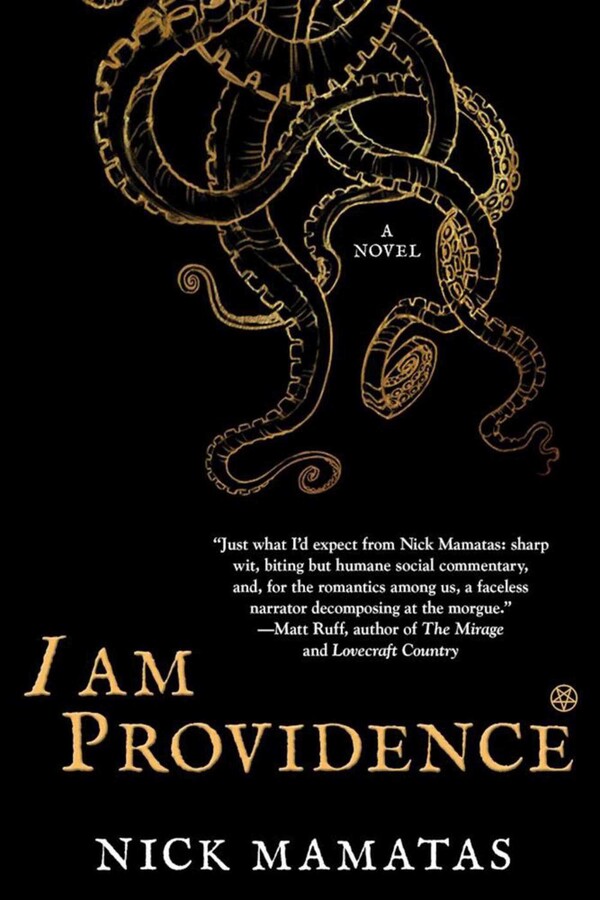 |+| Add to Your Shelf
I Am Providence
by Nick Mamatas

At a convention celebrating the master of weird fiction H. P. Lovecraft, things are bound to get a little strange. But one attendee is shocked when a gruesome murder occurs—and everyone at the convention is a suspect. Deliciously eerie and darkly funny, this murder mystery sinks its teeth into you and never lets go.

|+| Add to Your Shelf
I Am Providence
Nick Mamatas

An author's murder during an H. P. Lovecraft fan convention reveals dark secrets beneath the printed page in this biting murder-mystery satire.

At the Summer Tentacular, murder is non-fiction.

For fans of legendary pulp author H. P. Lovecraft, there is nothing bigger than the annual Providence-based convention the Summer Tentacular. Horror writer Colleen Danzig doesn’t know what to expect when she arrives, but is unsettled to find that among the hobnobbing between scholars and literary critics are a group of real freaks: book collectors looking for volumes bound in human skin, and true believers claiming the power to summon the Elder God Cthulhu, one of their idol’s most horrific fictional creations, before the weekend is out.

Colleen’s trip spirals into a nightmare when her roommate for the weekend, an obnoxious novelist known as Panossian, turns up dead, his face neatly removed. What’s more unsettling is that, in the aftermath of the murder, there is little concern among the convention goers. The Summer Tentacular continues uninterrupted, except by a few bumbling police.

Everyone at the convention is a possible suspect, but only Colleen seems to show any interest in solving the murder. So she delves deep into the darkness, where occult truths have been lurking since the beginning of time. A darkness where Panossian is waiting, spending a lot of time thinking about Colleen, narrating a new Lovecraftian tale that could very well spell her doom.

Skyhorse Publishing, under our Night Shade and Talos imprints, is proud to publish a broad range of titles for readers interested in science fiction (space opera, time travel, hard SF, alien invasion, near-future dystopia), fantasy (grimdark, sword and sorcery, contemporary urban fantasy, steampunk, alternative history), and horror (zombies, vampires, and the occult and supernatural), and much more. While not every title we publish becomes a New York Times bestseller, a national bestseller, or a Hugo or Nebula award-winner, we are committed to publishing quality books from a diverse group of authors. 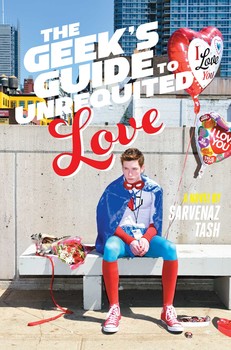 A poignant ode to young love, Harry Potter, and the geek community, this engaging YA novel follows teenaged Graham as he plans to confess his love to his best friend Roxy—at New York Comic Con. From the passion of first love to the overwhelming intensity of one of the biggest comic conventions in the country, this is a fast-paced and heartfelt novel. 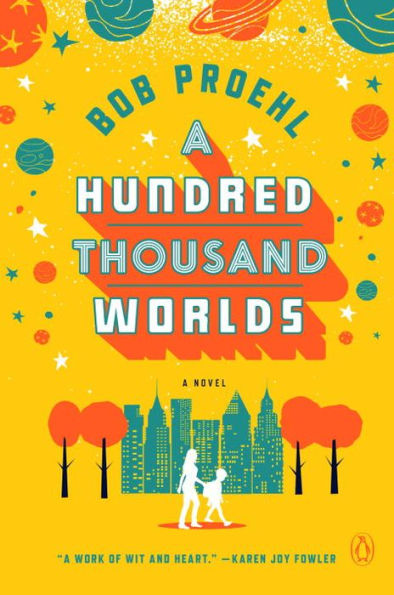 |+| Add to Your Shelf
A Hundred Thousand Worlds
by Bob Proehl

An authentic coming-of-age novel that explores the love between a mother and son, A HUNDRED THOUSAND WORLDS follows a former actress as she travels across country with her young son and makes appearances at countless sci-fi conventions along the way. A hilarious and warmhearted salute to geek culture.

|+| Add to Your Shelf
A Hundred Thousand Worlds
Bob Proehl 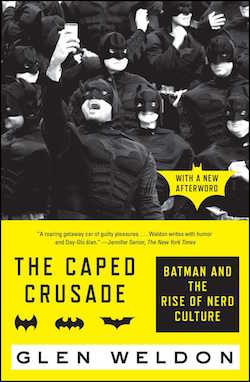 |+| Add to Your Shelf
The Caped Crusade
by Glen Weldon

Is there any other comic book character more iconic and popular than Batman? From the printed page to the silver screen, Batman has gone through countless eras, but our love for the Dark Knight has remained constant. In this eye-opening, fresh, and evocative work of cultural history, Glen Weldon explores why we love Batman and what he says about our own identities.

|+| Add to Your Shelf
The Caped Crusade
Glen Weldon 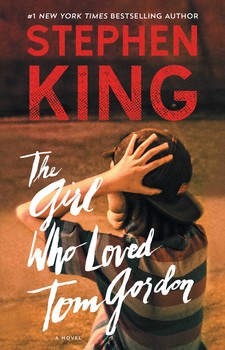 Stephen King is not unfamiliar with obsessed fans (MISERY, anyone?), but in this novel, being an infatuated fan actually helps save a young life. When nine-year-old Trisha gets lost during a family hiking trip, she depends on her own skills and deep love for the baseball player Tom Gordon to survive in the wilderness. Atmospheric and eerie, this may be one of King’s most inspirational and moving works. 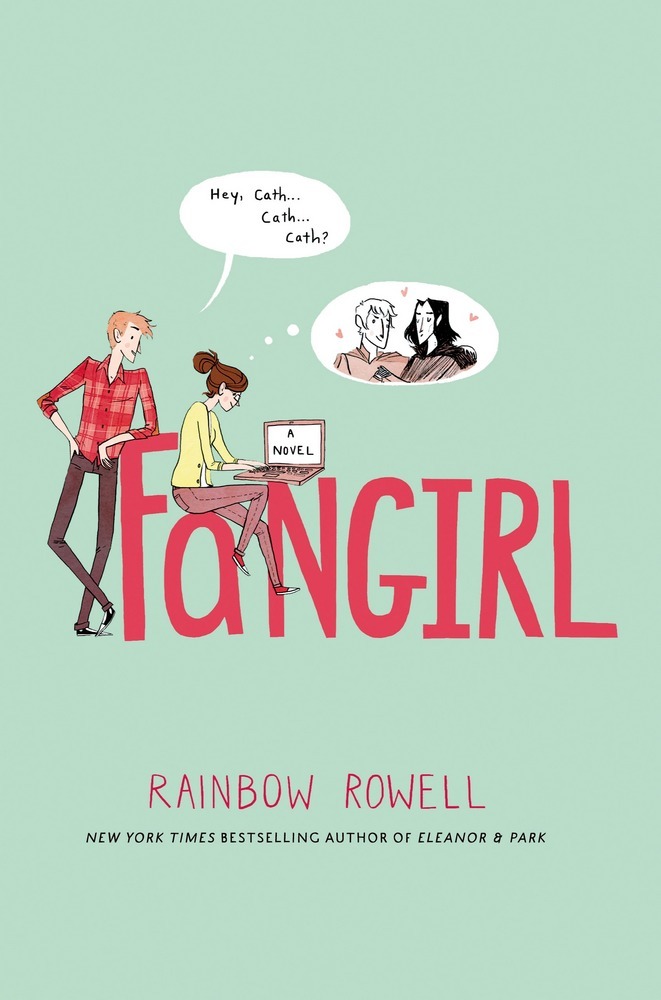 |+| Add to Your Shelf
Fangirl
by Rainbow Rowell

A coming-of-age YA novel that speaks to the superfan in all of us, FANGIRL is a witty and delightful exploration of college, friendship, love, and what it means to be yourself. Embarking on freshman year, Cath must juggle class, new friendships, boys, and her beloved Simon Snow fandom (for which she writes copious amounts of fan fiction). Or will she be forced to give something up in order to thrive on campus?

Cath and Wren are identical twins who, until recently, did absolutely everything together. Now they’re off to university and Wren doesn’t want to be one half of a pair anymore—she wants to dance, meet boys, go to parties, and let loose. In this touching exploration of codependence and sisterhood, Cath and Wren must open their hearts to new people and new experiences, and discover their own identity without each other’s constant presence.

11 Novels that Will Have You Seeing Double 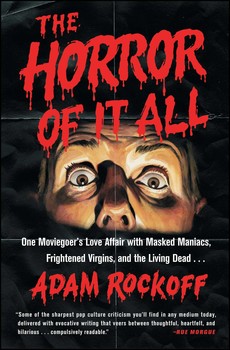 Few movie fans are as devoted as horror fans—and Adam Rockoff counts himself as one of the biggest. With his sharp prose, in-depth research, and deep love for the subject, he explores the history and evolution of the horror genre. From the silent era to the slashers, THE HORROR OF IT ALL has something for everyone who enjoys a good scare.

|+| Add to Your Shelf
The Horror of It All
Adam Rockoff