I think about murder a lot.

Don’t get me wrong! I’m obsessed with true crime and am often reading investigative reporting, cold case mysteries and criminal stories. But after a while, it can make you a little paranoid to constantly ponder the very worst of humanity and the individuals who act on their cruelest instincts. Suddenly you’re jumping at every little apartment noise and doing double-takes at shadows on the sidewalk.

Luckily, I found the cure. And, unexpectedly, it’s diving back into the true crime genre.

In MINDHUNTER, author and FBI profiler John Douglas chronicles his twenty-five-year career in the Bureau’s Investigative Support Unit, during which he interviewed and studied the minds of serial killers and criminals. Using astute psychological profiling, Douglas was able to deeply investigate the motivations and patterns of the country’s most notorious murderers. By researching and examining such notable figures as Charles Manson, Richard Speck, John Wayne Gacy, and James Earl Ray, Douglas built a database of intel used to understand the mind of a killer, and how to find and stop future murderers.

It’s a shocking relief to read about these behind-the-scenes procedures and realize that for as many monsters out there, there are also brilliant minds tracking them down. The detailed investigations Douglas invites readers to explore are certainly chilling; from the Seattle Green River Killer to the Atlanta child murderer, these cases illustrate some of the most frightening situations imaginable. But they also detail the careful steps and meticulous work the FBI profilers undertake in order to discover and stop them.

I’m not the only one fascinated by this classic piece of nonfiction: Douglas became the inspiration for fictional law enforcement legend Jack Crawford in Thomas Harris’s Silence of the Lambs books, and MINDHUNTER itself was adapted into a recent Netflix series of the same name.

For a true crime junkie I can’t think of a better read to recommend, because not only is MINDHUNTER a fascinating journey into criminal nightmares, it’s also a reassuring balm to the fear those nightmares produce. I know my murder obsession won’t end anytime soon, but at least I have this book to keep me calm when things go bump in the night. 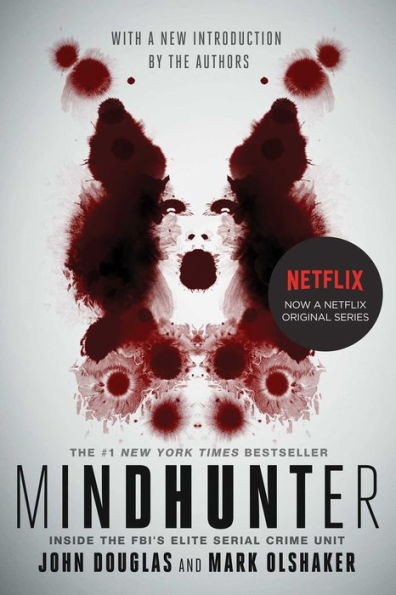 Now Streaming on Netflix: 10 Series Adaptations You Can Watch Now