An editor once told me that all great stories are essentially one of two plots: someone goes on a journey or a stranger comes to town. In the case of Etta—the first titular character in Emma Hooper’s transporting debut novel, ETTA AND OTTO AND RUSSELL AND JAMES—it’s both.

Eighty-three-year-old Etta has never seen the ocean. One morning she decides to rise early, leaves a note for her husband, Otto, and sets out on foot toward the sea. But starting from her home in rural Saskatchewan means it’s a journey of more than 3,000 kilometers, and Etta isn’t always herself these days. “I will try to remember to come back,” she wrote Otto, but with each step she takes toward the coast, her mind begins to blur with memories of the past, and the early days with Otto and Russell.

Etta arrived as a teacher to the dusty plains the boys called home, although with the state of country schooling mid-Depression, she found in her students her only same-age companions: Otto, hardworking sibling to 14; and his best friend, Russell, an only child permanently disabled from a teenage farming accident. Both vie for Etta’s attention, but when war in Europe breaks out, Otto leaves his heart behind in order to cross the ocean and fight.

Otto’s letters and flashbacks to his wartime experience offer some of Hooper’s most poignant illustrations of trauma’s living memories, and the effects of combat violence. Etta writes to Otto, offering a lifeline of feeling through words, letters to which he desperately clings. This portrait of trauma transcends physical violence, though, back to their home where Russell fights for years in order to keep up with his friends, and where Etta fights to maintain a hold of her own identity.

Hooper writes with a grace that fills her characters’ emotional lives with moments of vivid beauty and restrained feeling. Magical realism weaves its way through the story as the guide walking Etta to her destination, and in the menagerie Otto fashions from Etta’s recipe cards. Even Russell’s drive to finally pursue the woman he’s loved from afar holds an air of magic to it, finally listening to the call for his own quest.

In each, the journeys which began so many years before when young Etta arrived on the windswept land finds fruition only when each of their edges blur. A soldier becomes a creator, the handicapped discovers his strength, and a woman gives in to longing. Youth turns to experience and memories turn into reality, and through it all James is there too.

But to meet James, you’ll have to go on this wonderful journey yourself.

Etta and Otto and Russell and James
by Emma Hooper 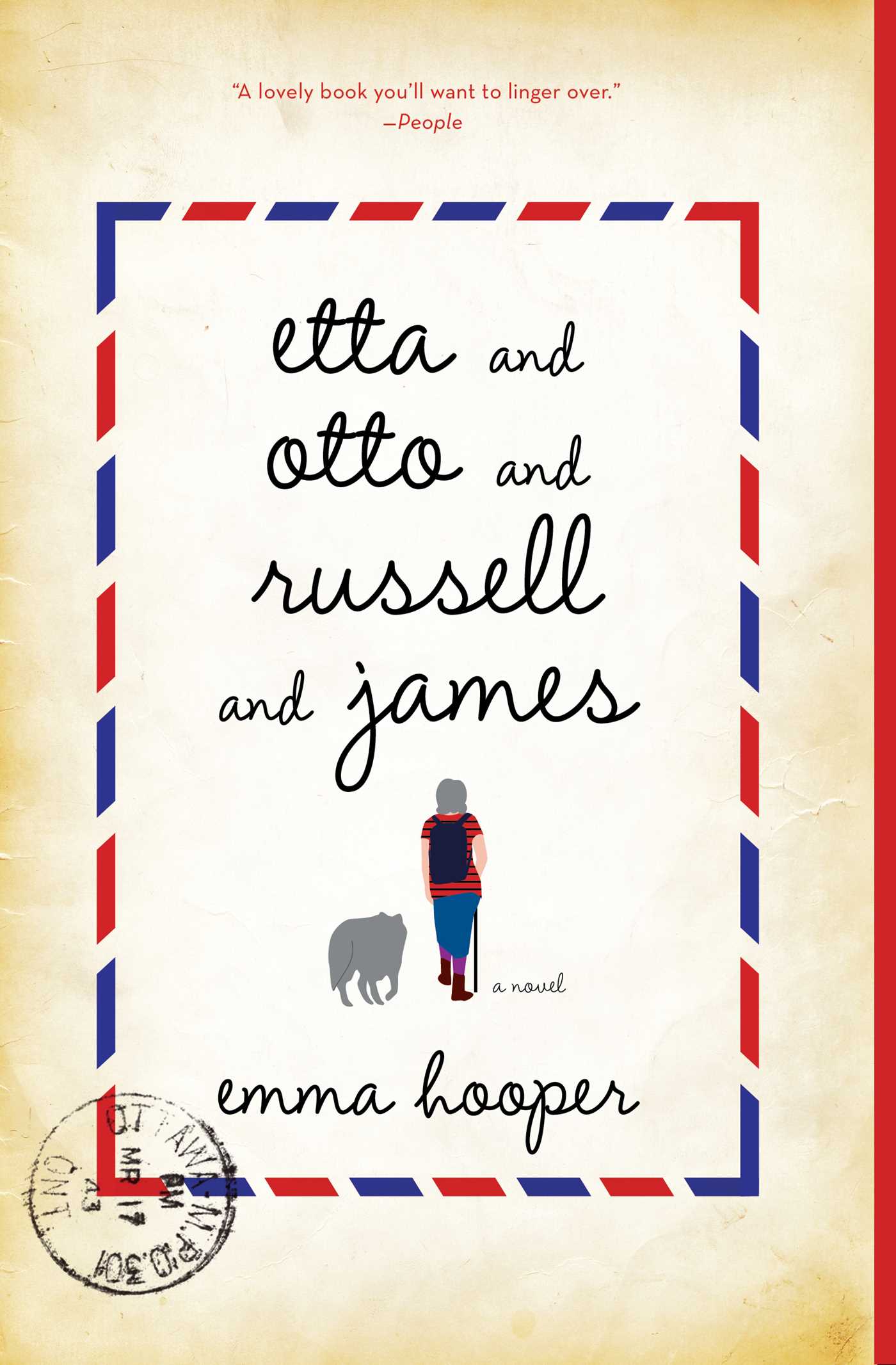 This quiet novel moves from the hot and dry present of a quiet Canadian farm to a dusty, burnt past of hunger, war, and passion; from trying to remember to trying to forget. It is an astounding literary debut of unlikely heroes, lifelong promises, and last great adventures.

Readers’ Choice: The Top 10 Most Shelved Books in August

You Have to Read This Transporting and Vivid Novel