The phrase “coming-of-age” is frequently thrown about in the book world. I feel like every other book I read uses that descriptor. The plots of these coming-of-age tales often center on a major event that drastically alters a character’s current situation and expected future: a loss, a change of perspective, a victory. But the three individuals at the center of THE MOTHERS, Brit Bennett’s bestselling debut novel, have already experienced hinge moments before the end of chapter one.

High school senior Nadia has just lost her mother to suicide, and spends the days riding different buses all over her California coastal county to avoid her father’s grief at home. In this way she meets Luke, a pastor’s son who is waiting tables after a football injury devastated his plans for a sports career. Then there’s Aubrey, the pious teen saved by the very church Luke’s father oversees, who becomes friends with Nadia.

Death, injury, and spiritual salvation: each of these alone is a major turning point in anyone’s life. But Bennett takes these isolated events and brings them together at a crossroads with a single action that connects and forever changes all of her characters’ lives: Nadia’s painful decision to end her unwanted pregnancy.

As the years spiral away from this moment, Aubrey, Nadia, and Luke each grapple with what they truly want—and need—to fill the absence in their lives: ambition, education, family, love. It’s only when a family emergency brings the three together again do we see their real trauma is not the past, but learning to live with the past’s messy, unresolved hurt as a permanent part of their world.

The mothers referenced in the book’s title are most clearly the single older women who dedicate their time and prayers to the community’s church. Like a Greek chorus, their collective commentary follows Nadia, Luke, and Aubrey throughout the novel, weighing in with the perspective of many years and many lives lived. They watch, neither savoring nor condemning the young peoples’ actions, but their voices form the spine of the novel’s narrative. Their recognition of themselves in Aubrey and Nadia (“We were girls once”), and their former loves in Luke (“Oh girl, we have known littlebit love”) emphasizes the most satisfying quality of any coming-of-age novel: finding kindred spirits on the page.

You may have heard about Bennett’s masterful depiction of modern race and adolescent friendship, or read the many reviews praising her novel’s nuanced use of emotion and setting. Yes, Bennett’s perfection of style and content should be celebrated, but it’s her ability to capture this moment of recognition, the essence of seeing yourself and those you love in typed words, that makes THE MOTHERS magical.

The Mothers
by Brit Bennett 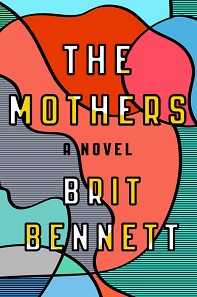 |+| Add to Your Shelf
The Mothers
Brit Bennett

I waited years to sit at the grown-ups’ table at family dinners, hoping to catch a juicy story or an important life lesson. In Brit Bennett’s THE MOTHERS, the narrators, “the mothers,” walk the line between guidance and gossip quite ruthlessly. Despite it all, congregants of the Upper Room Chapel see them as pillars of the community who, unbeknownst to the churchgoers, know all of their secrets. So watch what you say at the dinner table.

We Were Girls Once: You Must Read This Beloved Coming of Age Novel

You may also like these 12 Novels That Celebrate the Joys and Challenges of Motherhood.