Few exist in the world’s collective memory with as much grace, class, and humanity as the late Princess of Wales. Diana was the people’s princess even before the world watched with horror as news broke of her tragic death. She was beloved by millions and adored around the world—but truly known by only a select few. She kept her private life a closely guarded secret, her crumbling marriage and medical disorders hidden away from the British public for as long as she could. Then, in 1991, she agreed to work with biographer Andrew Morton to tell her story, and everything changed.

DIANA: HER TRUE STORY is a remarkable feat of publishing. The 25th anniversary edition has been crafted from the original 1992 book, which rocked the monarchy and gave the late princess the chance to take control of her story—a story which had until then been in the hands of her husband, the Crown, and relentless press ever since she first caught Prince Charles’s eye.

In 1991, Princess Diana was, contrary to the smiling face the public saw, a deeply troubled woman. Only 19 when she fell in love with the heir to the British throne, she was whisked through a fairy-tale romance and married in full pomp in front of thousands of subjects lining the streets. Diana was instantly beloved by the people, but behind closed doors, her life was anything but a happy ending. She realized almost immediately her husband would never love her—or prioritize her—above his longtime affair with Camilla Parker-Bowles, his cold commitment to royal duties, and an unyielding sense of propriety born from years of living a public royal life.

For a young woman on the brink of adulthood, Diana had no guidance to the world into which she was suddenly thrust. She became captive to a debilitating eating disorder, suffered panic attacks, and struggled to maintain her individuality in the face of relentless press and the unspoken social rules within the royal family. Her husband and his set of aristocratic friends gaslighted her suspicions of the affair with Camilla (repeatedly told that it was only paranoia, even after overhearing Charles declare his love to Camilla over the phone, and discovering gifts of jewelry for Charles’s lover).

The only light in Diana’s world was the love of her two sons, William and Harry. Determined to raise them with the affection absent from her own childhood, she knew she could never ask for a divorce from Charles, as his royal status would claim custody of the children. Desperate for a way out of her isolating and emotionally damaging gilded cage, she secretly agreed to tape interviews for Andrew Morton, who used them to publish a biography that detailed Diana’s reality for the world.

Diana was never able to publicly admit to collaborating with Morton, due to strict Buckingham Palace press contact regulations, but gave her friends permission enough to validate many of the facts within. Readers knew the bestselling book was the true story behind the princess’s palace façade, and its existence forced Charles’s hand. The couple formally separated not long after, although each continued to carry out royal duties. Diana was finally able to pursue the objectives she always wanted, namely, helping those the world would rather forget. She recognized that the best use of her celebrity and status was to draw the world’s attention to causes and issues near to hear heart: the AIDS crisis, the plight of the homeless and victims of land mines, support for prisoners’ families. She was driven by the desire to destigmatize and humanize the innocent, which—apart from her other driving motivation of motherhood—was the only legacy she wanted or needed from royal life.

After the tragic 1997 crash in Paris, Morton was able to release the details of his partnership with the late princess. In this brilliant new edition, the work is divided into three parts: an edited collection of Diana’s transcribed tapes, the original work published in 1991, and a thoughtful afterword detailing the impact this never-before-seen look inside the royal family had on Diana, the royal family itself, and the public’s understanding of the British monarchy.

Morton respectfully illustrates the life of a woman who overcame pressures few can imagine, and delves deeply into the beauty—and inevitable faults—of the people’s princess. DIANA: HER TRUE STORY is an unmissable experience, inviting readers to understand the fascinating life of one of the most beloved women of all time. 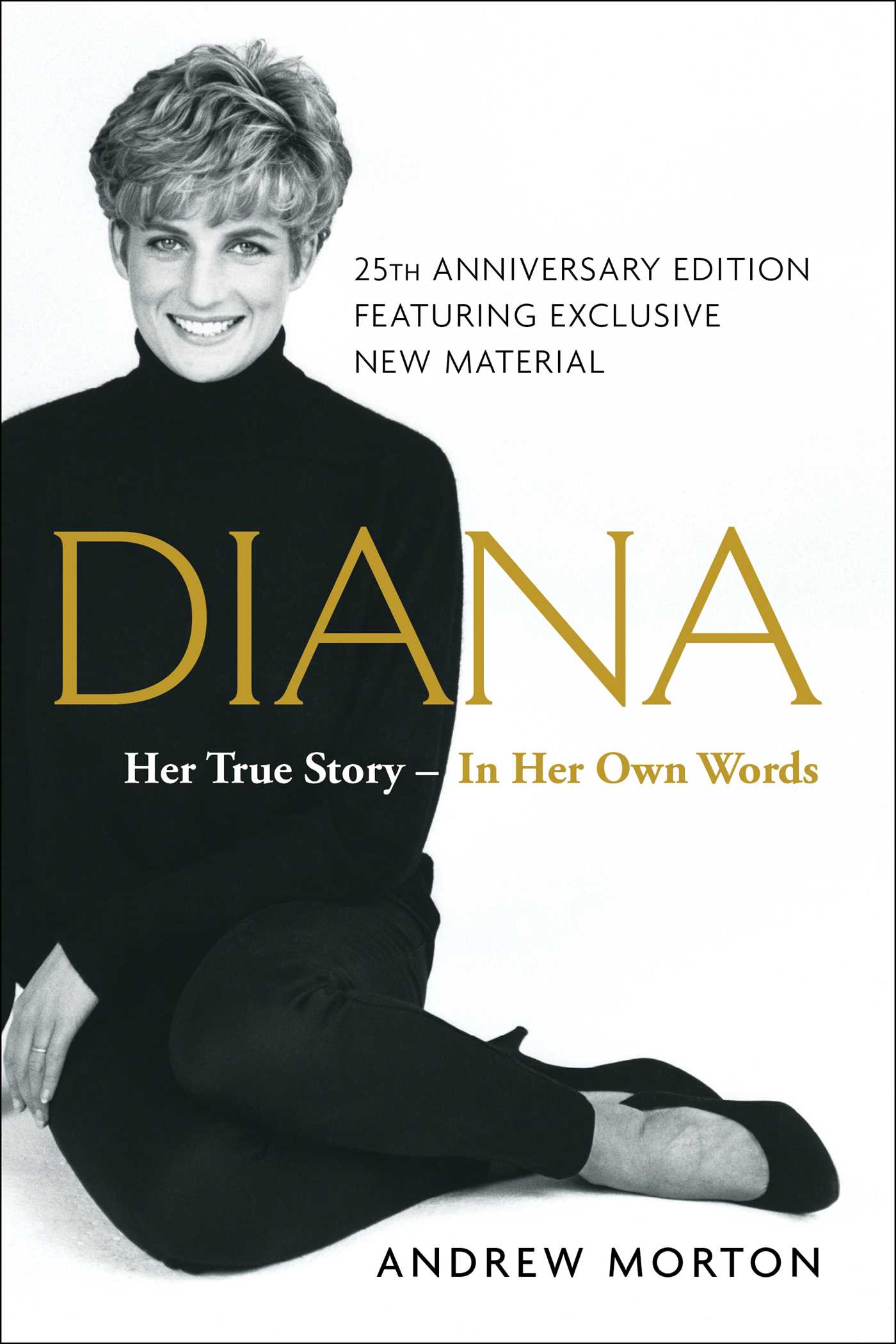