A friend of mine recently told me about his relationship with a girl more than 300 miles away. They met by exchanging glances at a party while she was in town for a wedding. He impulsively gave her his address, but they parted ways with him wondering if he’d just turned himself into a punchline by asking her to write to him. He was happily surprised on opening his mailbox two weeks later.

They began writing each other regularly, slowly illustrating their everyday lives in longhand and inquiring on the page about each other’s worlds. The two were relieved of a screen’s pressure to answer questions with questions, worry over response times, and the anxiety of simultaneously appearing witty, kind, and attractive. Even though they easily could have graduated to texting back and forth, writing let them gradually introduce themselves.

It’s heartening to see, even in 2017, the impact of love letters to a pen pal.

Chris Cleave discovered the power of letter writing when he stumbled upon a trove of missives written by his grandfather in his 1941 military post in Malta to his new bride in England. Marrying after only nine days, the couple wouldn’t meet again for three years. Cleave, inspired by his grandparents’ remarkable story and the depth of feeling in each envelope, began researching wartime Malta and London. The result is the achingly beautiful EVERYONE BRAVE IS FORGIVEN.

The novel opens with a headstrong young socialite leaving finishing school minutes after hearing war declared in 1939. Rushing to her home in London to volunteer, Mary North awaits her assumed assignment as a daring spy or plucky field officer. However, the War Office appoints her as a teacher to a band of misfit evacuee children who have returned to London after the countryside refuses them based on prejudice against their skin color or disability. Initially convinced she is the last person prepared for the position, Mary instead discovers a deep need to protect those her fellow citizens would rather forget.

She is also surprised when she meets Tom, the school administrator, and their relationship quickly develops from professional to personal. Tom has no desire to engage with the war raging on the continent until his best friend Alistair unexpectedly enlists and is stationed on Malta. As the war both brings these three individuals closer and flings them apart, bombs begin to fall and the landscape of history is altered forever.

Anyone who has had the good fortune to read Cleave’s prize-winning bestseller LITTLE BEE will understand his skill in bringing silenced and marginalized voices to the forefront. In EVERYONE BRAVE IS FORGIVEN, he somehow manages to explore the very specific experiences of those often overlooked in WWII—from the evacuee children in London to the little-known Mediterranean campaign to shell-shocked soldiers—while also channeling a universality of emotion such that any reader has the astonishing feeling of both surprise and familiarity. Most remarkable is the undertow of solace from human relationships in a world torn asunder—a force Mary discovers while teaching a young boy to read, or Alistair as he takes comfort in writing to Tom when the war leaves them both speechless.

Many might read the novel and take away its meditations on wartime morality, meticulously researched history, or simply the gorgeously written characters, but its most telling feature for me is its dedication to celebrating human connection. Just as love blooms in the correspondence of EVERYONE BRAVE IS FORGIVEN, so, too, does this everyday celebration of resilience and human emotion make a lasting impression.

For a story set during the heartbreak of war, Chris Cleave’s novel actually leaves me hopeful—it confirms how reaching across time and space to connect with others can be more than an act. It is—as my romantic letter-writing friend has found—a practice always worth the effort.

Everyone Brave Is Forgiven
by Chris Cleave 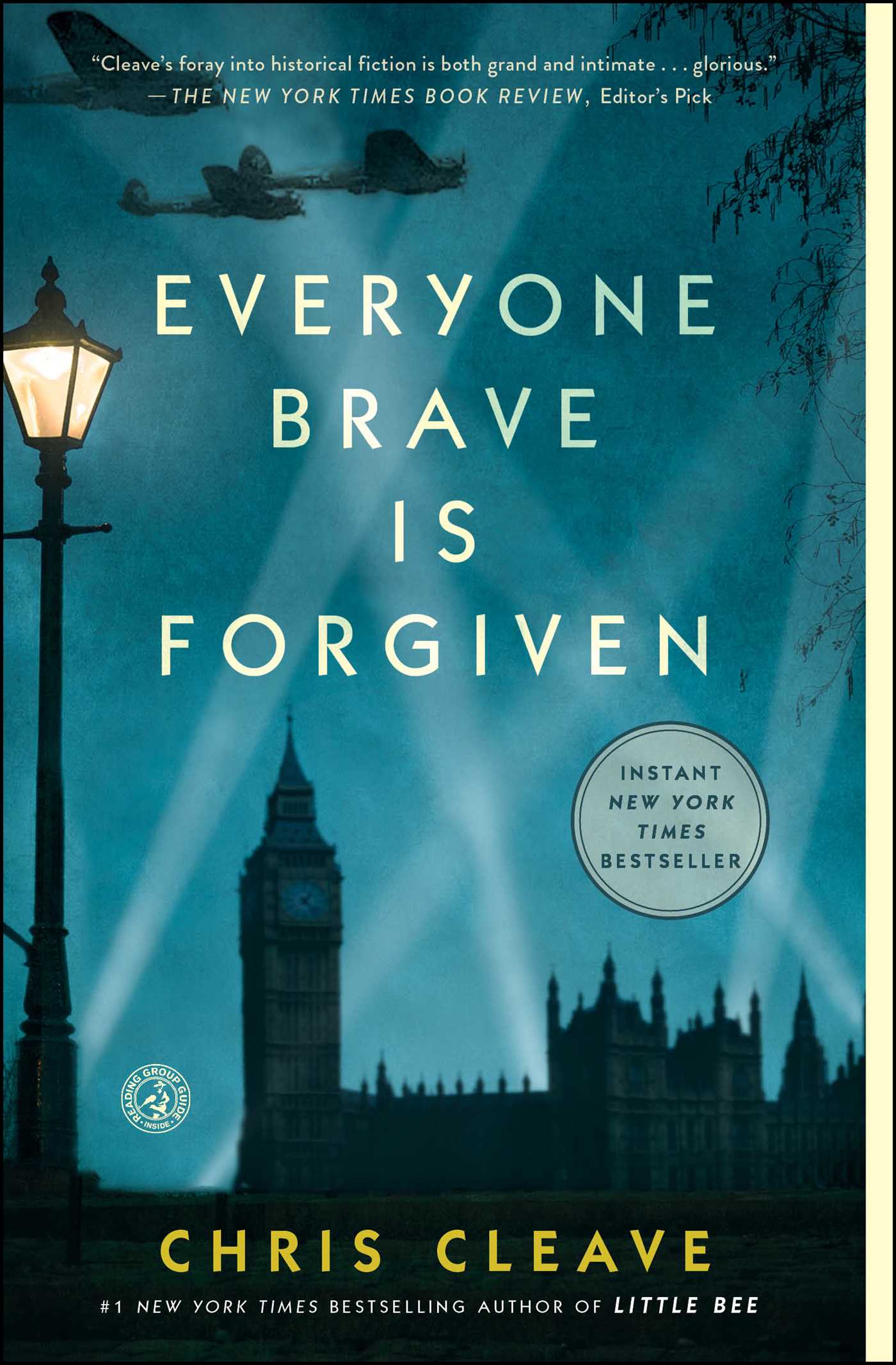 |+| Add to Your Shelf
Everyone Brave Is Forgiven
Chris Cleave

From the beloved author of LITTLE BEE comes this masterful historical novel set in London during the blitz. Inspired by the real-life love letters between Chris Cleave’s grandparents, EVERYONE BRAVE IS FORGIVEN is a moving wartime love story. Against the great theater of world events, it is the small battles and the daily human triumphs that change us the most.

Read a review of EVERYONE BRAVE IS FORGIVEN here.