“The Queen of Katwe” will hit the silver screen in Disney’s highly anticipated adaptation this week and stars Academy Award winner Lupita Nyong’o and David Oyelowo.  Like “The Blind Side,” the film brings to life the story of an underdog whose drive and commitment allows them to overcome incredible odds in life and in sports. The new film is based on THE QUEEN OF KATWE: ONE GIRL’S TRIUMPHANT PATH TO BECOMING A CHESS CHAMPION by Tim Crothers—a true, moving, and triumphant account of a young girl who rises out of unlikely circumstances to become an international chess star.

Phiona Mutesi was born and raised in Katwe, a slum within the bustling city of Kampala, Uganda, that often floods with raw sewage. Like many in Katwe, Phiona and her family struggle to afford basic necessities. No one expects her fate to be any different from that of her peers in Katwe.

However, Phiona’s life takes an unexpected turn—in hindsight, perhaps even a miraculous one—when she secretly follows her older brother to a small classroom where a group of Katwe children are assembled around cardboard chessboards, with bottle caps for pieces, engrossed in the sport. The chess team is run by former soccer star and war refugee Robert Katende, who became a missionary and turned to chess and Katwe as his unique mission field.

Standing barefoot outside the school, Phiona does not strike Katende as remarkable that day. Still, he ushers her in for a free meal and a primer in chess. In his lessons, he frequently incorporates wisdom that applies to the sport and to life. “Have you ever done something wrong because someone else has told you to do it without thinking? Before you do something, always think, ‘What will be the repercussions? What will be the consequences?’” Katende urges Phiona in a lesson on strategizing her next chess move.

Even when she begins to win games—against the “Pioneer” boys who launched Katende’s program and have been training far longer—Katende does not think Phiona will become a star. While he has big dreams for the children of Katwe, sees her perseverance, and notes her daily attendance and her desire to win, he does not envision that one day his group will be among the top players at the Chess Olympiad in Siberia.

Or that Phiona will win against the best junior players in Africa to become her country’s junior champion. Phiona herself seems to know no limits: she quickly earns the title of the first Woman Candidate Master in Uganda’s history and is on her way to becoming a Grandmaster, the most elite title in chess. (Think Bobby Fischer.)

Phiona’s opponents, many of whom are a decade older than her and in graduate school, note her unique drive. One tells Crothers at the Olympiad, “I sense her passion is really sunk in.” Perhaps being a child of Katwe made this game of wits all the more personal for Phiona.

Crothers, a former senior writer for Sports Illustrated, passionately narrates each pivotal game of chess and the internal struggles and desires of the young Katwe players with all the drama of great sportswriting. Their wins and losses, mistakes, triumphs, and teamwork are inspiring.

THE QUEEN OF KATWE is an extraordinary account of Phiona Mutesi’s beginnings: the ultimate underdog story that offers a primer in both the sport of chess and overcoming one’s odds. I can’t wait to see her story on the big screen.

The Queen of Katwe
by Tim Crothers 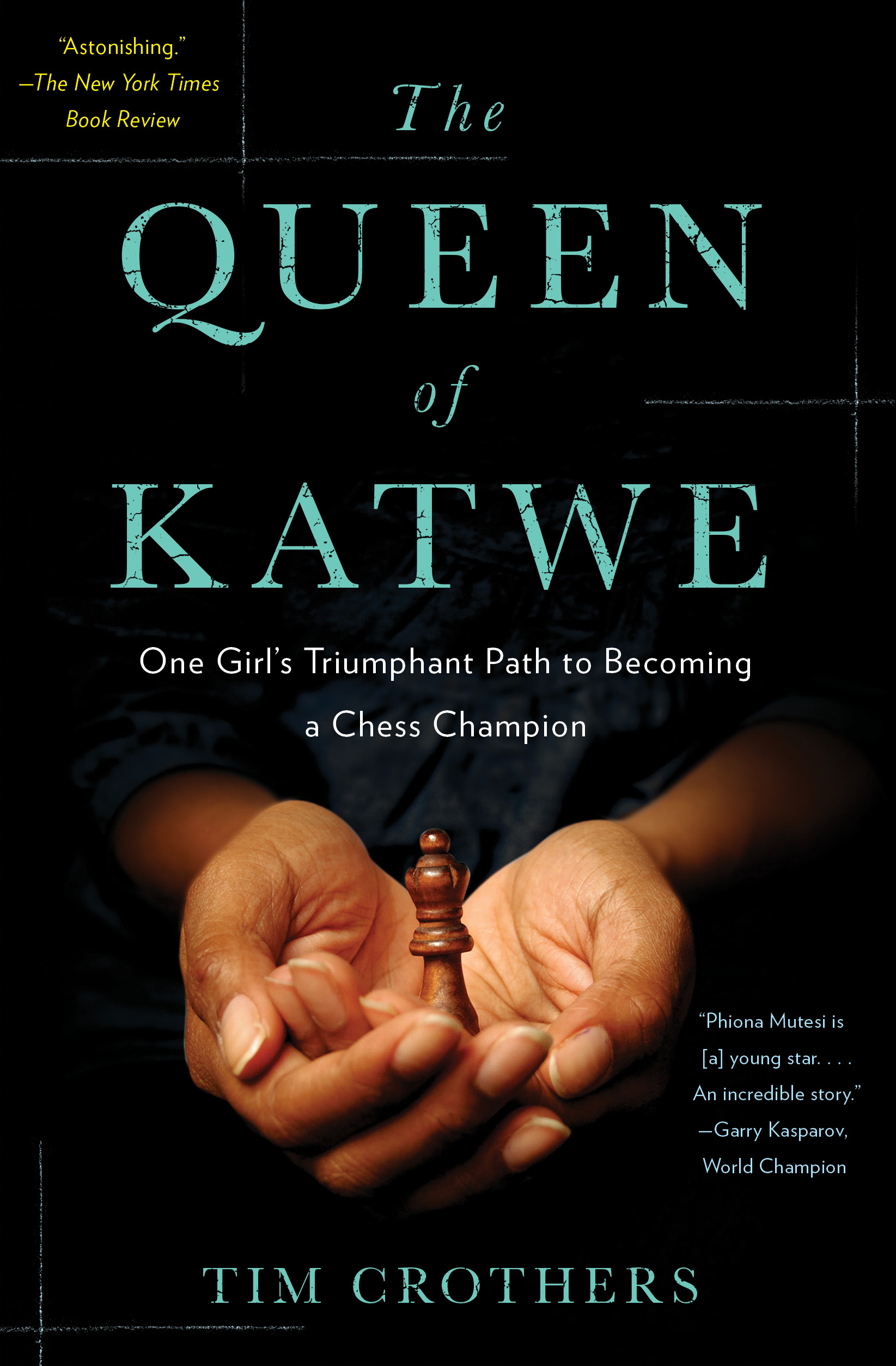 Notice: Trying to access array offset on value of type null in /home/offtheshelf/public_html/web/app/themes/ots/_inc/template-parts/books/book-modal.php on line 31
|+| Add to Your Shelf
The Queen of Katwe
Tim Crothers

Here’s the remarkable true story of Phiona Mutesi, a teenage chess prodigy growing up in Uganda, one of the world’s most unstable countries. Starring Lupita Nyong’o and David Oyelowo, THE QUEEN OF KATWE will continue to inspire millions from the pages to the screen. RELEASE DATE: 2016