“Yes, the world may aspire to vacuousness, lost souls mourn beauty, insignificance surrounds us. Then let us drink a cup of tea.”

I have done much to earn the title of incurable Francophile. It began with weekly French lessons in elementary school, and quickly progressed to full-blown infatuation. I’ve done the whole bit: studied French lit, spent the obligatory semester abroad in Paris, and even returned to live in the city for a year after I graduated from college. It’s astounding to me, given these circumstances, that I had never previously picked up Muriel Barbery’s The Elegance of the Hedgehog.

The novel contains all the hallmarks of a modern French classic: quirky characters prone to fatalistic philosophical musings, action set against the florid backdrop of a ritzy hôtel particulier in bourgeois Paris, vivid voyeuristic depictions of the residents’ interior lives—and just a touch of playful pretention.

Enter Renée, the stodgy concierge leading a secret double life as an autodidact and avid consumer of high culture. Over the years, she has successfully played the part expected of her while leading a solitary but culturally stimulating life. She feigns stupidity, while silently cataloging the intellectual shortcomings of the building’s residents. Her wry observations glow brightly in this stuffy space.

Then there’s Paloma, a twelve-year-old resident of the hotel who is harboring a growing resentment toward her family, her peers, and what she perceives to be the paralyzing masquerade of privilege. She has determined that, unless she discovers a truth about the world to justify the banal chore of living, she will commit suicide on her thirteenth birthday—and set fire to the family apartment, for good measure.

But the arrival of an intriguing new resident, the well-heeled Monsieur Ozu, threatens to throw a wrench in Paloma’s well-laid plans: “Twelve and a half years in a cultural desert and right when it’s time to go and pack it in a Japanese gentleman arrives.”

Renée and Paloma are soon united by the arrival of this mysterious stranger, who unceremoniously rejects the decorum of social hierarchy that stifles his bourgeois counterparts and forges friendships with the two women. The narrative quickly sheds its tone of cynicism and existential futility in favor of childlike wonder and awe. Renée writes, in a short chapter too beautiful to paraphrase: “That is the way a summer rain can take hold in you—like a new heart, beating in time with another’s.”

Told from the perspective of two misanthropes whose interior lives defy all expectations, this novel serves as an eloquent invective against the dangers of our assumptions. Most heartening of all, it offers the possibility of transcendence—of our circumstances, of the social mores that constrain us, and most importantly, of our own conceptions of ourselves.

Hilary Krutt works on the subsidiary rights team at Atria Books. You can follow her on Twitter @Hkrutt.

The Elegance of the Hedgehog
by Muriel Barbery 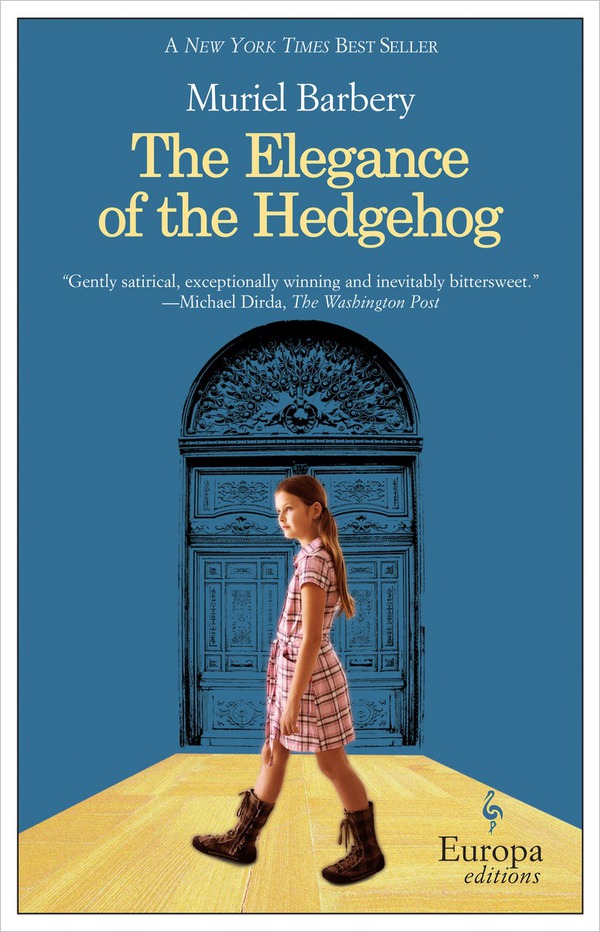 |+| Add to Your Shelf
The Elegance of the Hedgehog
Muriel Barbery

“The novel contains all the hallmarks of a modern French classic: quirky characters prone to fatalistic philosophical musings, action set against the florid backdrop of a ritzy hôtel particulier in bourgeois Paris, vivid voyeuristic depictions of the residents’ interior lives—and just a touch of playful pretention.”

A Tale of Two Lovable Misanthropes in Haute Paris