When it was time for our book club to pick our next book, an email went around with some suggestions and images of the book jackets. When I saw the cover for H Is for Hawk by Helen Macdonald, I immediately voted for “the book with the hawk on it.” I admit I didn’t read the summary of the book—I was drawn to the cover. It is a beautiful illustration, and, well, I simply like it.

Macdonald had been enamored of falconry since she was a child and read The Goshawk by T. H. White. Macdonald returns to The Goshawk when she embarks on training a goshawk of her own. And there her memoir takes another turn, delving into the life and psyche of T. H. White. I only knew T. H. White as the author of the King Arthur story, The Once and Future King, but in H Is for Hawk, we meet the man.

He had a difficult and lonely life, hiding himself behind all the trappings of being an English country gentleman in an effort to become acceptable despite his homosexuality. White could be cruel and harsh despite his love for all things wild. He seems bound and determined to master something as fierce as a goshawk; to control something that can’t be completely controlled. His approach to training is a battle of wills between bird and man.

Macdonald takes quite a different tack with her goshawk, Mabel. While she has the help and guidance of experienced falconers, she largely trains Mabel with her own methods. Despite her best intentions, she sometimes loses her way both in training her hawk and in her life. She is mourning the loss of her father and feels a disconnection from the world because of her bereavement as well as her tenuous job situation. She is untethered. Mabel keeps her grounded.

My father died more than thirty-two years ago. While reading some of the passages about Macdonald’s relationship with her father and missing him, I had to put the book down and cry. Grief doesn’t disappear with the passage of time. The way she writes about that loss struck me squarely in the heart. I felt as if I’d found a kindred spirit.

I think we all seek to find calm in the chaos in our lives and in our hearts. White sought to find his place in a world that wouldn’t accept who he truly was and at the same time he tried to master the spirit of his hawk, Gos, although the thing he most admired about the hawk was his wildness. Macdonald tried to conquer grief with the distraction of taking on the challenge of training a goshawk. She doesn’t conquer her grief, but she forges a bond with Mabel and is very successful in training her. They become a team. She had, in some ways, been in hiding and as she works to socialize Mabel, she also succeeds in bringing herself back into the world.

A book that can teach me something about training hawks, educate me about an author whose books I read when I was young, and bring me to tears—more than once—is a book I’m glad to have read and a wonderful reward for choosing “the book with the hawk on it.”

Sheila Curry Oakes is a writer and editor who specializes in nonfiction.

H Is for Hawk
by Helen MacDonald 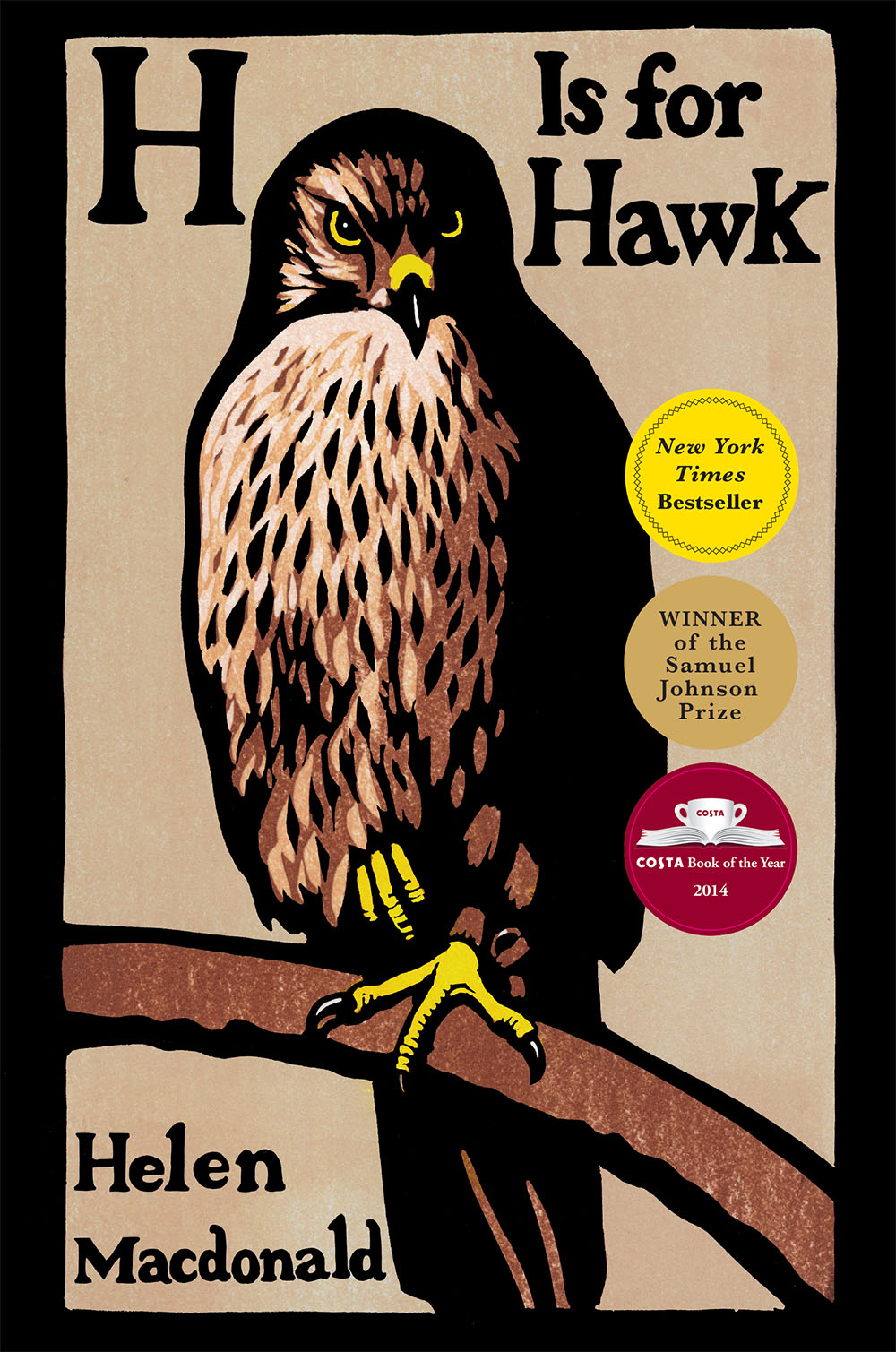 |+| Add to Your Shelf
H Is for Hawk
Helen MacDonald

13 of the Most Powerful Memoirs I’ve Ever Read

A Beautifully Layered Memoir of Dedication and Loss