“Pain, death, reality, these are all unnatural. We can’t bear these things as they are. We know too much. So we resort to repression, compromise, and disguise. This is how we survive in the universe. This is the natural language of the species.”

White Noise is a critical look at our modern world and our own mortality told through a family rich in character and complexity. Don DeLillo wisely captures the patterns of human thought, our ability to examine life in an almost exhausting stream of consciousness and then instantly move onto other things.

Published in 1985, Don DeLillo’s focus is on radio and newspaper media, but his sage take on consumerism, overexposure, and disconnection serves us just as easily today. Jack Gladney—professor of Hitler Studies at the local college—and his blended family serve as an example of how an excess of technology and information can affect a family’s attempts to live meaningful, emotionally fulfilled lives.

Death is practically its own character in the novel. It is a beast at odds with a world that can otherwise be manipulated and studied through technology. Jack sees death as a suffocating obstacle rather than a natural end to life, the white noise that constantly permeates every pleasurable moment. Only without the risk of mortality, can he partake of a happy life. “Do you believe life without death is somehow incomplete?” Jack is asked. “How could it be incomplete? Death is what makes it incomplete,” is his response.

With this philosophy in mind, Jack and his wife will do whatever it takes to avoid death: try any pill, chase down every self-proclaimed expert, even betray one another and shed their morals. Death and the fears that accompany it are the biggest threats to their marriage, and technological advances only contribute to their belief that death can be defeated.

Technology is therefore an equally consistent presence. Full and constant access gives way to an atmosphere of mass panic when an airborne toxic event hits Jack’s town. Collective thought causes real experiences to lose their meanings. As the radio issues warnings of toxin symptoms, Jack wonders if his children are beginning to imagine their ailments. White Noise asks: Are we who we are because of the ways we choose to think and believe and engage with the world around us, or because we’re byproducts of our culture, told to do so? After all, why develop curiosity, hope, or interests when machines can predict the next scheduled disaster, and all possible outcomes for your and your family’s survival?

DeLillo’s juxtapositions are not to be overlooked. While it’s dark and introspective, White Noise is also comical, a satire filled with characters who seem to be both clueless and self-aware. Jack can understand the overarching issues caused by a steady broadcast of information and tools, but he still occasionally falls victim to the exaggerated emotional reactions they cause. After a possible exposure to toxins and diagnosis by doctors putting blind faith in machines, Jack begins telling people he’s “tentatively scheduled to die . . . in the works” as if there was ever a question of whether or not he would eventually succumb to the inevitable.

Within the exploration of these issues are memorable lines evocative of the biggest forces currently impacting Jack’s world. One of my favorites is: “What good is knowledge if it just floats in the air?” which applies to a grander debate about the flaws of progress, in which we rely too heavily on increasing technological advances and stop thinking for ourselves. The cost is a loss of the ability to survive on our own skills and intuition. Giving up this perspective on our own human experience affects the way we make choices, understand our needs, and interact with the world around us.

Sarah Woodruff is an international publicist at HarperCollins, which means she gets to work with media contacts around the world and sometimes has a chance to travel. You can find her at @swoodswords. 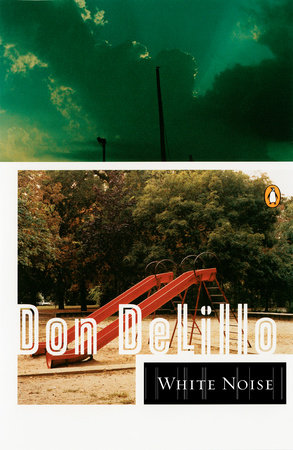