In 1987, six months after the book’s publication, the Los Angeles Times ran a review of Marge Piercy’s GONE TO SOLDIERS. The review begins, “This book deserves to have an entire book written about it, and, with luck, within the next twenty years that will happen.” Unfortunately, like that reviewer, I do not have the time or space to honor this exceptional piece of war literature with an entire manuscript, but I will attempt do it even the tiniest amount of justice in five hundred words.

More than 750 pages long, GONE TO SOLDIERS can definitely be intimidating, and I knew when I picked up this novel that it would need to be extraordinary in order to hold my attention for a few weeks. Thankfully, I was not disappointed. I’ve read a variety of pieces on World War II, ranging from both personal and fictional Holocaust accounts to stories from Japan, and GONE TO SOLDIERS is the most complete, complex, and stunning piece of World War II literature I’ve ever encountered.

Told from the points of view of ten different characters scattered across the world from France to England, the Pacific to Detroit, this novel does not leave a corner of the allied world unrepresented. It tells the stories of often overlooked voices from World War II, including those of a Jewish girl fighting within the resistance in France, an American female pilot transporting fighter planes from California to New Jersey, and another Jewish girl who is safe in America, while her family suffers under the Third Reich. Representing both the home front and the front lines, the book commences with the start of World War II and follows soldiers, civilians, reporters, and refugees until the end of the war in the Pacific and the reuniting of what remains of families.

Beyond covering unique perspectives of the war, there were two aspects I found most impressive about this novel. First is Marge Piercy’s ability to give distinct voices to ten different characters, making it possible to keep track of all ten characters and their roles in the war without becoming confused. While there may be six or seven chapters from the first time you encounter a character to the second, the character is not forgotten. Instead, it’s like checking in on an old friend to see how they’re doing and worrying about that friend in the interim.

The other aspect I was most impressed by is how the lives of Piercy’s characters intertwine in unpredictable ways. Some of her characters are linked by ancestry, though this is revealed slowly over the course of the novel. Others are brought together and torn apart by the war. Some find love with others, and some watch others die. This allows for each character to be seen from different perspectives. First, they are shown through their own point of view, then through their families, lovers, acquaintances, and strangers. I was continually surprised by the various ways these characters were presented and where they appeared in the lives of others.

Upon finishing GONE TO SOLDIERS, I immediately recommended it to several friends, my mother, and my sister. I went to social media and wrote the same message to all: this is a book you need to read—all 750+ pages of it. It’s a beautiful story that will leave you haunted, as the characters are, by a war that shattered so many lives.

Gone to Soldiers
by Marge Piercy 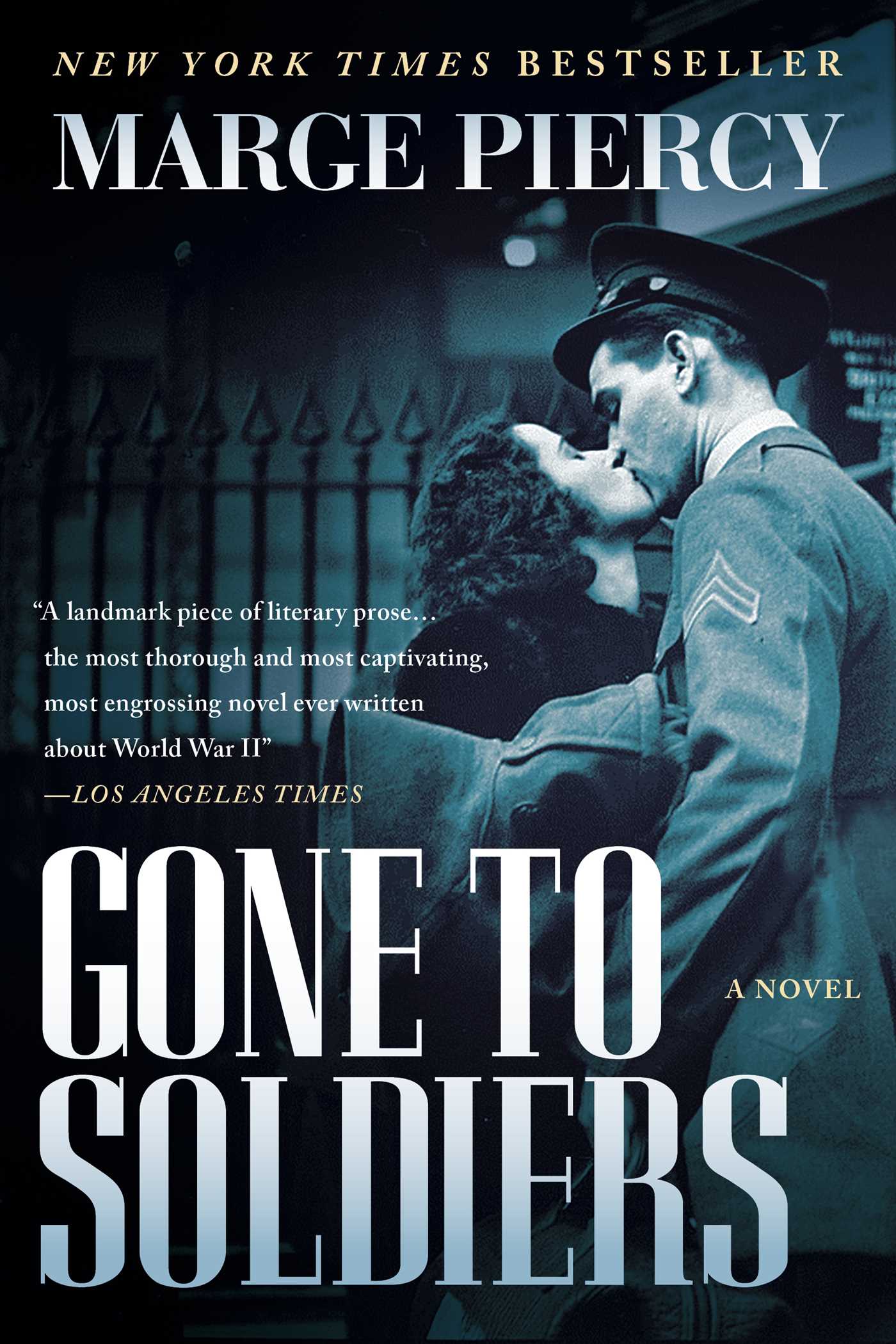 |+| Add to Your Shelf
Gone to Soldiers
Marge Piercy

“More than 750 pages long, GONE TO SOLDIERS can definitely be intimidating, and I knew when I picked up this novel that it would need to be extraordinary in order to hold my attention for a few weeks. Thankfully, I was not disappointed.”