No amount of description or praise can do justice to Michael Cunningham’s words. My own copy of The Hours is underlined and annotated with passages that I come back to year after year. Michael Cunningham won the Pulitzer Prize for this triptych, which is at once an homage to Mrs. Dalloway and a triple portrait of three women in three different time periods struggling for meaning in their own lives.

Told in alternating points of view, the prologue opens with Virginia Woolf’s final journey into the river, weighed down by the rocks in her pockets. With this first dose of introspection, we continue strolling through Woolf’s mind as she wrestles with her private thoughts, slowly slipping away from the family around her and reemerging as she takes a pen to the blank page to craft Mrs. Dalloway. Similarly, we intimately meet two other women at varying stages of life. Clarissa, a middle-aged woman in late-twentieth century New York City, is tasked with hosting a friend’s party, whose preparations evoke memories of past relationships and unexpected interactions. Laura, a young wife and mother living in Los Angeles in 1949, must bake a cake for her husband’s birthday, keep the house clean, and remain at all times a devoted caretaker for her perfect family.

Cunningham’s brilliant mark is honing in on the fluidity of daily life, and how we continue to survive in spite of its complexities—or because of them. The activities of the three women are examined so simply that we can see the act for what it is, the meanings that emerge when we add our thoughts to a moment and watch it suddenly become something else entirely. Life is bigger than us, and yet we repeatedly try to fit ourselves into it. “It is almost perfect, it is almost enough, to be a young mother in a yellow kitchen touching her thick, dark hair, pregnant with another child,” Laura tells herself.

A master of his craft, Cunningham casts his characters in light and shadow, exposing raw emotions and hardened questions, communal experiences and expansive thoughts often left unspoken. His prose acknowledges our search for answers, for direction—the right amount of happiness, the right way to raise a child, the right life to settle into. He shows us that it’s okay—and in fact, expected—to attribute a mixed set of emotions to similar moments, to succeed and fail, to know that you want a different kind of life but have no idea what that should be. His characters put deeper thoughts about friendship and motherhood, loving and dying into better words than we could ever hope to phrase for ourselves.

The women balance each other, looking at the same world with different degrees of fervor—Clarissa, loving life with all its flaws, examining the way we fight so desperately to live, love, and thrive. Laura, sitting on the edge of a form of happiness she’s not sure she’s ready to accept. Virginia, whose choice to write the powerful novel Mrs. Dalloway and then end her own life, brings a contradictory color to her sections, mirroring the range of emotions all three women grapple with.

As the title suggests, time is a constant theme, a subject that can be debated and analyzed and spun a thousand different ways and still beg further investigation. Unraveling time in the context of death makes way for commentaries on debilitating sicknesses and their lasting effects, diseases of mind and body, and of pride, deceit, and fear.

Woolf’s novel Mrs. Dalloway is the object that connects them all; Woolf contemplates Mrs. Dalloway’s fate as she writes, Laura immerses herself in the story as she reads, and Clarissa embodies the title character. A reflection of how easy it is to lose ourselves to expectations, to other fictional worlds and ideas; what we look like as ourselves, and what we look like next to one another. Roles portrayed in isolation, in groups, against responsibility, tragedy, and love—all different versions of ourselves.

You’ll want to engage with these characters in the same way you do your own thoughts, and you’ll leave with something you hadn’t known you needed. The hours you spend reading this book will merge with the hours still standing before you, empty yet full.

Sarah Woodruff is an international publicist at HarperCollins.

The Hours
by Michael Cunningham 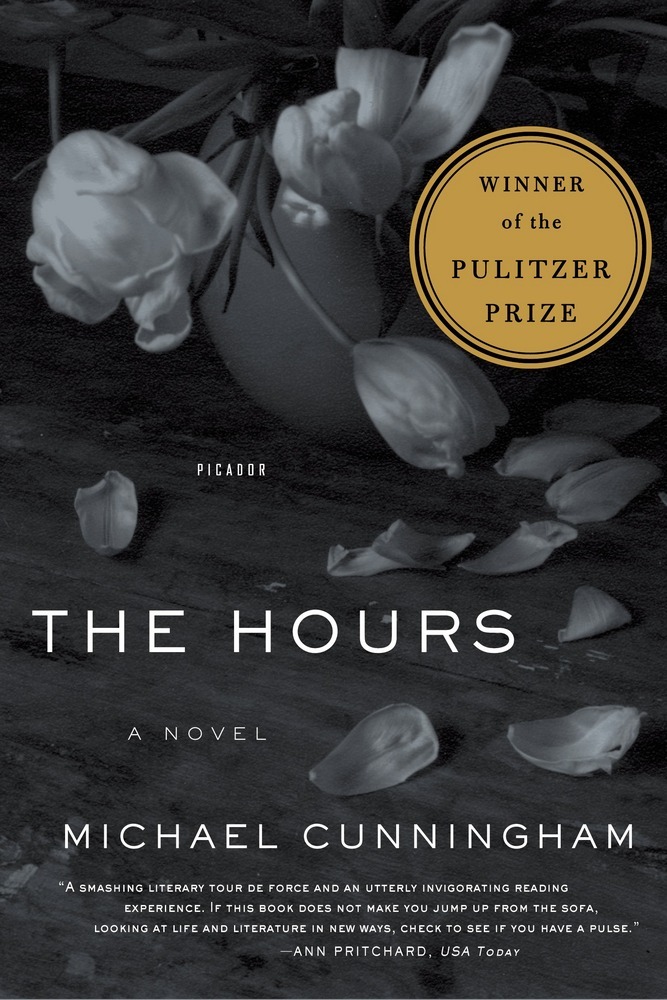 |+| Add to Your Shelf
The Hours
Michael Cunningham

This Pulitzer Prize–winning novel turned Oscar-winning film is a profound story of how three generations of women were transformed by Virginia Woolf’s distinguished work Mrs. Dalloway.

13 Authors That Define and Celebrate America

12 Oscar Nominated Films You Never Knew Were Based on Books

A Master of Fiction Weaves Together Three Women’s Lives