With the current hubbub about Ebola, of course we’re flocking to read The Hot Zone, Richard Preston’s nonfiction medical thriller from 1994. The book is selling like hotcakes these days, and it’s on deck for TV adaptation. So I read it this past weekend to give you the lowdown: in the context of 1980s discovery and experimentation, what we learned about Ebola is terrifying. But today, the book has its detractors, of course, some with good reason and some without, and it bears repeating: the book presents DATED information, and you have to read this with that in mind.

Yes, the book reads like a great medical thriller. Preston interviewed Army doctors and pathologists, CDC officials, and everyday civilians who worked to identify, eradicate and decontaminate something that was killing monkeys in a Reston, VA warehouse in 1989. The monkeys were shipped from the Philippines to the US and were intended for medical research. The company which imported the monkeys noticed that several of them were dying in one room in unusually large numbers. A virus was thought to be the cause, and Army doctors at USAMRIID eventually identified the virus as a strain of Ebola. Accomplishing the mission without exposure and keeping a lid on the press are what keeps us glued to the pages.

Reading this made me very uncomfortable, to say the least. The unrelenting horror of Ebola’s destruction on the body, and how it destroys blood and tissue in extreme cases, cannot be overstated.

However, what must be understood in light of today’s modern medicine and pathology is how difficult it is for an everyman like me to catch Ebola. (I swear, this has the most clever, most honest insight I’ve read in a while!) If we aren’t handling the virus or its patients ourselves, then our chances are slim to none. And thank goodness for the brave people who put their lives on the line to care for victims and who learn how to combat infectious disease.

Of course, observing fear and concern about the virus, not wholly unjustified, gives one pause to consider whether and how we are truly focusing on what matters in preventing the spread of the disease. If we read too much old literature, then we are bound to understand and fear the wrong things. So, should you read The Hot Zone? Sure, why not — join in, folks, but balance this book by reading some current news coverage, CDC bulletins, and solid medical summaries. We simply know more and are smarter in 2014 than in 1994. Make sure you understand how tough it is to contract this virus. And as we take a breath, friends, let’s help each other understand this disease a little more.

The Hot Zone: The Terrifying True Story of the Origins of the Ebola Virus
by Richard Preston 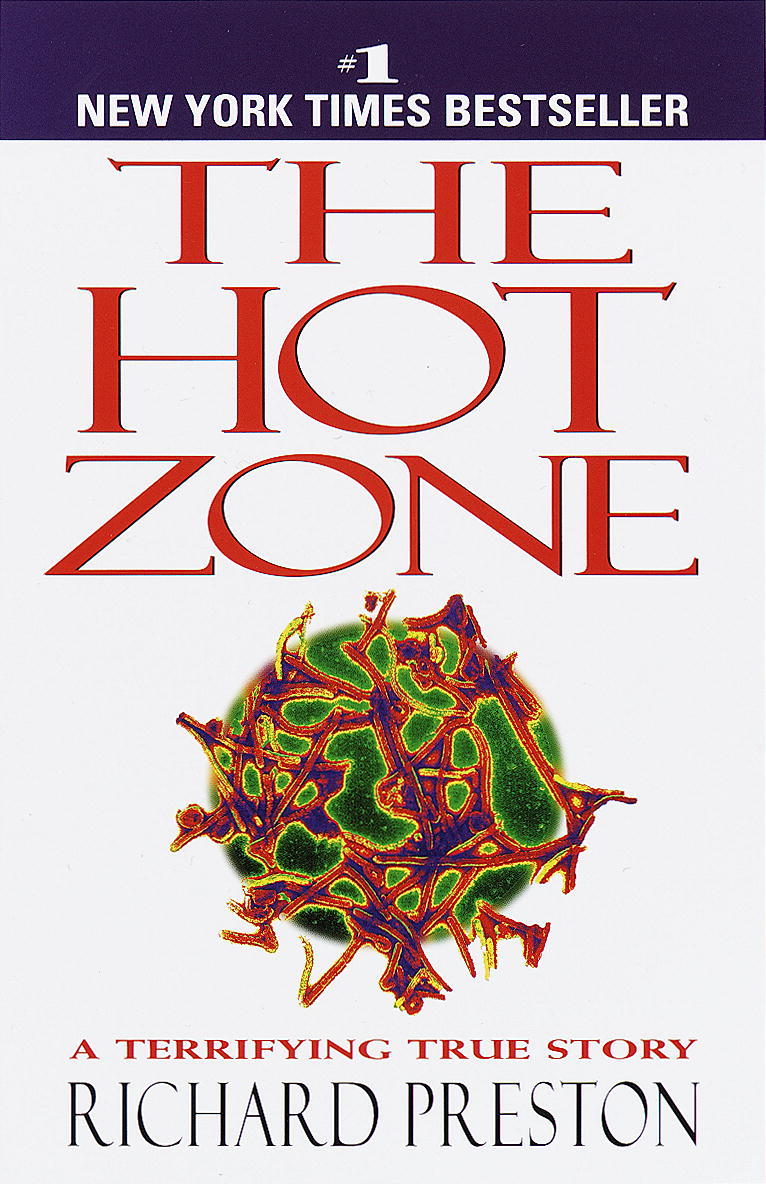 |+| Add to Your Shelf
The Hot Zone: The Terrifying True Story of the Origins of the Ebola Virus
Richard Preston

The bestselling landmark account of the first emergence of the Ebola virus. A highly infectious, deadly virus from the central African rain forest suddenly appears in the suburbs of Washington, D.C. There is no cure. In a few days 90 percent of its victims are dead. A secret military SWAT team of soldiers and scientists is mobilized to stop the outbreak of this exotic "hot" virus. This hair-raising account tells the dramatic story of that team and of the rare and lethal viruses and their "crashes" into the human race. Shocking, frightening, and impossible to ignore, The Hot Zone proves that truth really is scarier than fiction.

You Won’t Get Ebola From This Book

7 Plague Books You Should Read Before You’re Quarantined