What if he could actually go to King’s Landing, or The Wall? And what if he took the Kardashians with him?? That’s a little bit what THE MAP OF TIME by Félix J. Palma is like.

I saw this book floating around my office right after it was published in 2011. I thought, “Ooh. Cool cover.” And the blurb sounded fascinating. I’m pretty sure my thought process was, “H.G. Wells as a character in a steampunk, sci-fi mashup about time-travel? OK, I’m in!” And yeah, I started reading it because I liked the cover. Just because I work in publishing doesn’t mean I’m high-minded, folks. Moving along! —

Our story is really three plotlines woven together in the year 1896:

Throughout all this, we meet Bram Stoker, Jack the Ripper, Henry James, and a host of other turn-of-the-century characters as our heroes move through time, seeking better lives and changing the course of the future.

This is a deep dive into a crazy-cool mashup of steampunk, sci-fi literature. You might remember that mashups had a heyday a few years ago with titles like Pride and Prejudice and Zombies, or THE War of the Worlds, plus Blood, Guts and Zombies. But THE MAP OF TIME isn’t just an exercise in taking classic literature and adding monster movie elements. It employs the engulfing, rich voice of Victorian England description, rumination and detail. Conversation is proper and either taciturn or loquacious. The narrator takes many liberties and cheekily delights in telling you that he won’t describe something because “I see no need to describe it”. It’s quite enjoyable to be reminded by the narrator that he’s doing this because he can, and simply because you’re reading a book after all. 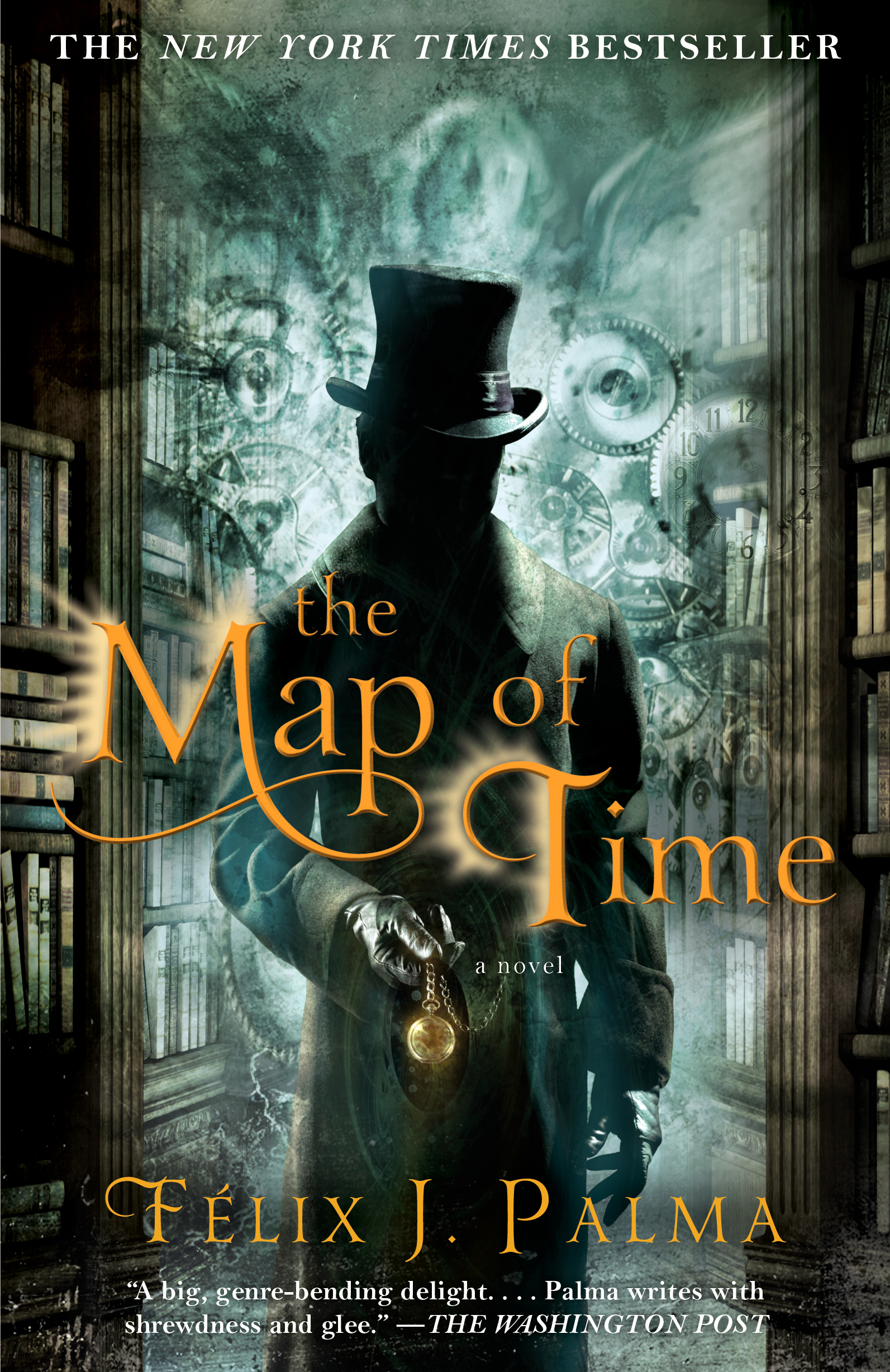 |+| Add to Your Shelf
Map of Time
Felix J. Palma

Set in Victorian London with characters real and imagined, The Map of Time boasts a triple-play of intertwined plots in which a skeptical H.G. Wells is called upon to investigate purported incidents of time travel and thereby save the lives of an aristocrat in love with a murdered prostitute from the past; of a woman bent on fleeing the strictures of Victorian society; and of his very own wife, who may have become a pawn in a fourth-dimensional plot to murder the authors of Dracula, The Time Machine, and The War of the Worlds, in order to alter their identities and steal their fictional creations. But what happens if we change history? Mingling fictional characters with real ones, Félix J. Palma weaves a historical fantasy as imaginative as it is exciting, a story full of love and adventure that also pays homage to the roots of science fiction while transporting its readers to a fascinating Victorian London for their own taste of time travel.