The beauty of literature is its ability to evoke strong emotions in the reader. While many people look to the classics or literary fiction for moving reading material, you can find emotionally impactful books in the mystery genre, too. After all, nothing brings out our strongest feelings quite like a life-or-death situation. These eight books know how to pack an effective punch all while the characters—and the reader—work to solve the mystery. 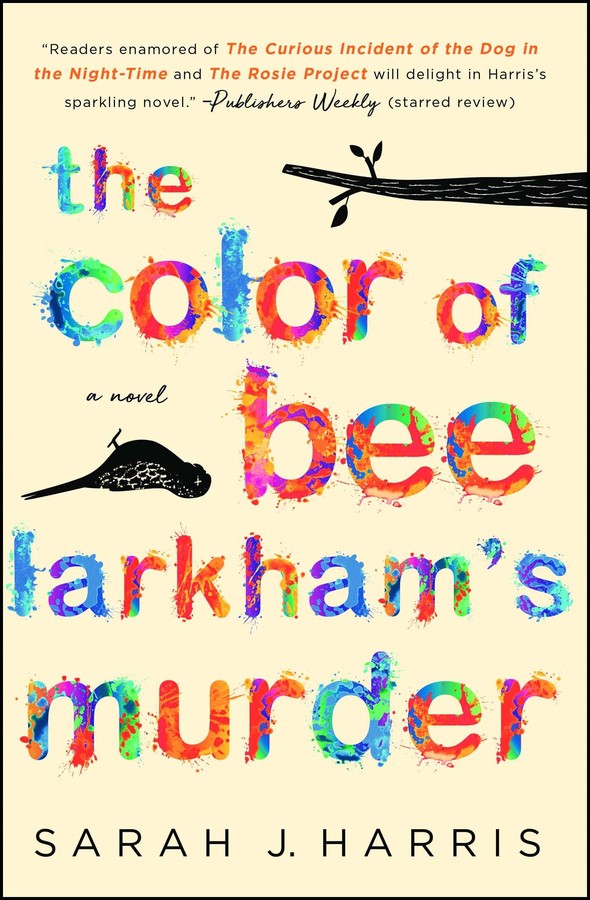 |+| Add to Your Shelf
The Color of Bee Larkham's Murder
by Sarah J. Harris

In Sarah J. Harris’s THE COLOR OF BEE LARKHAM’S MURDER, Jasper Wishart lives a life full of color. He has synesthesia, which means every word, and even people’s voices, has its own unique color. However, one day, Jasper discovers the color of murder. He believes something terrible has happened to his neighbor, Bee Larkham, and that he had something to do with it. As Jasper begins to explore his own untrustworthy mind and untangle this mystery, there are people after him who are looking to stop his search for truth at any cost.

|+| Add to Your Shelf
The Color of Bee Larkham's Murder
Sarah J. Harris

The 10 Most Popular Books of March

When you keep everything, you’re bound to keep a few secrets, too. And that’s definitely the case for Cathal Flood, a hoarder with a Gothic mansion filled with feral cats and secrets aplenty. When Maud Drennan takes an interest in helping him clear out his house after his son issues an ultimatum, the pair form an unlikely bond in MR. FLOOD’S LAST RESORT by Jess Kidd.

Reads for Taurus Season: 5 Books for the Steadfast and Stubborn 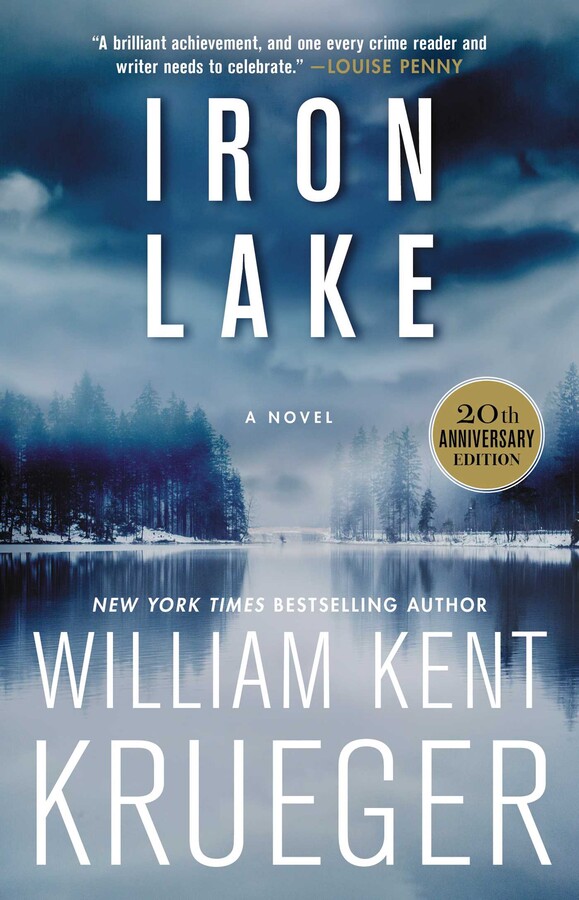 Cork O’Connor is struggling after a messy divorce sees him separated from his children, but soon a case that shocks the small town of Aurora, Minnesota, will keep him busy. The veteran Chicago cop turned small-town sheriff thought he’d seen it all, until a brutal murder of the town’s judge and a missing Eagle Scout captures his attention and forces him to reconsider. Now this jaded sheriff must take on this complex case of conspiracy and corruption in IRON LAKE by William Kent Krueger.

“A brilliant achievement, and one every crime reader and writer needs to celebrate.” —Louise Penny, #1 New York Times bestselling author of Glass Houses

“A master craftsman [and] a series of books written with a grace and precision so stunning that you’d swear the stories were your own.” —Craig Johnson, author of the Walt Longmire series

Part Irish, part Anishinaabe Indian, Cork is having difficulty dealing with the marital meltdown that has separated him from his children, getting by on heavy doses of caffeine, nicotine, and guilt. Once a cop on Chicago’s South Side, there’s not much that can shock him. But when the town’s judge is brutally murdered, and a young Eagle Scout is reported missing, Cork takes on this complicated and perplexing case of conspiracy, corruption, and a small-town secret that hits painfully close to home. 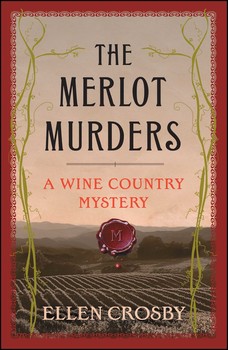 |+| Add to Your Shelf
The Merlot Murders
by Ellen Crosby

Family is complicated, and returning home for the first time after a debilitating accident complicates matters even further for Lucie Montgomery. Return she must, however, when she gets a call from her estranged brother informing her that her father has died in a hunting accident. But things are not as they seem for Lucie and her family in THE MERLOT MURDERS by Ellen Crosby. An investigation into her father’s death reveals that perhaps it was not an accident, but instead that he was killed by someone motivated by the sale of the family vineyard. Lucie is next in line to inherit the shares of the vineyard, and this puts a target on her back as the next person to have an “accident.” All while still processing her grief, Lucie must find her father’s killer and stop him before she’s the next victim.

|+| Add to Your Shelf
The Merlot Murders
Ellen Crosby

A phone call at two thirty in the morning is never good news. Lucie Montgomery's semiestranged brother, Eli, calls her in France to tell her their father, Leland, has been killed in a hunting accident on the family's five-hundred-acre Virginia vineyard just as the fall harvest is about to begin. By the time he calls, Eli has already made funeral arrangements with what Lucie argues is indecent haste.

It is an emotional trip home -- the first since an automobile accident two years ago, which left Lucie disabled and dependent on a cane. Her family's once elegant home and winery are now shabby and run-down, thanks to her father's penchant for fringy business deals. Eli, also cash-strapped and desperate to support his new wife's extravagant lifestyle, has already convinced their rebellious younger sister, Mia, to sell the debt-ridden estate and reap the profits from the valuable land it sits on, overruling Lucie's protests.

On the eve of the funeral Lucie's godfather, Fitz, a partner in the family business, tells her Leland's death was no accident. Whoever killed him was motivated by the potential sale of the vineyard. It is the last conversation she will have with Fitz. Now the lone holdout preventing the vineyard sale, Lucie realizes she's next in line for another "accident." With her greedy brother, hell-raising sister, and a seemingly cut-rate vintner hired by Leland just before he died, all the suspects are disturbingly close to home. Unsure whom she can trust, Lucie must uncover the truth about the deaths of her father and godfather -- and oversee a successful harvest to save the vineyard she loves. 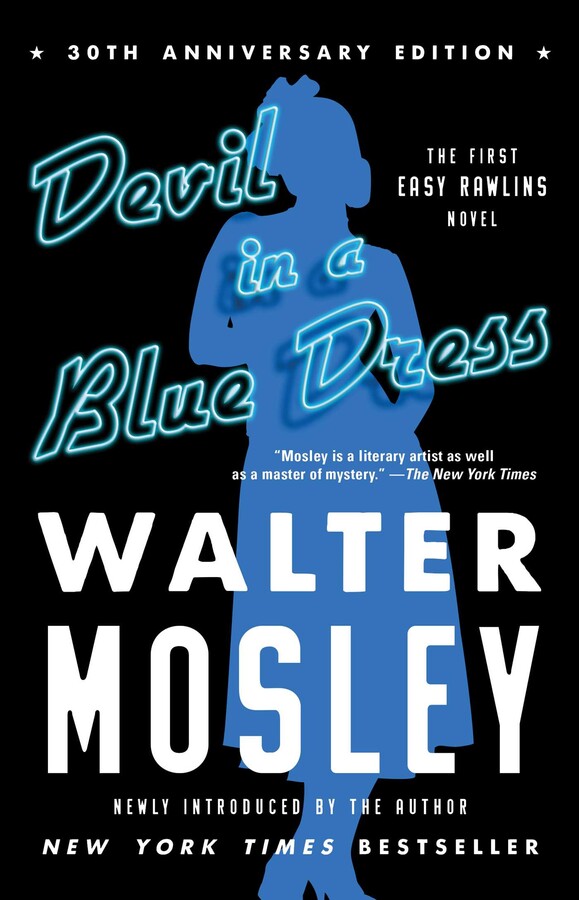 In 1948 Los Angeles, Easy Rawlins, a Black war veteran, is struggling to make ends meet—discharged from the military and fired from his job in a defense factory plant. Salvation seems to present itself while he’s drinking at his friend’s bar when a man approaches him with an offer of good money for a simple task: Find Miss Daphne Money. Easy finds himself navigating the LA jazz scene as he looks for Daphne, but soon, his entire world is about to change forever in DEVIL IN A BLUE DRESS by Walter Mosely.

The first novel by “master of mystery” (The New York Times) Walter Mosley, featuring Easy Rawlins, the most iconic African American detective in all of fiction. Named one of the “best 100 mystery novels of all time” by the Mystery Writers of America, this special thirtieth anniversary edition features an all new introduction from the author.

Easy Rawlins, a black war veteran, has just been fired from his job at a defense factory plant. Drinking in his friend’s bar, he’s wondering how he’ll manage to make ends meet, when a white man in a linen suit approaches him and offers him good money if Easy will simply locate Miss Daphne Money, a missing blonde beauty known to frequent black jazz clubs.

Easy has no idea that by taking this job, his life is about to change forever.

“More than simply a detective novel…[Mosley is] a talented author with something vital to say about the distance between the black and white worlds, and with a dramatic way to say it” (The New York Times).

8 Mystery Novels for Louise Penny Fans to Cozy Up with

|+| Add to Your Shelf
Dead Dead Girls
by Nekesa Afia

After being kidnapped as a teenager, Louise Lloyd is desperately trying to forge a normal life. However, life becomes anything but normal when a girl turns up dead on the steps of the café where she works. Worse yet, she’s the third young Black girl to be murdered in Harlem in a matter of weeks. Louise is forced to confront her demons—both the human ones hunting Harlem and those of her past—in DEAD DEAD GIRLS by Nekesa Afia.

Evelyn Hardcastle dies every day, and every morning Aiden Bishop wakes up in the body of a new houseguest at Blackheath Manor. Neither of them can rest until Aiden can discover who killed Evelyn Hardcastle. With each new host, Aiden gets closer to unmasking the killer, but will he be able to find the murderer before the day ends and he jumps to a new host? Or will he and Evelyn be doomed to live in this loop forever? THE 7½ DEATHS OF EVELYN HARDCASTLE by Stuart Turton will keep you guessing.

7 Supernatural Crime Thrillers Sure to Keep You Up All Night

|+| Add to Your Shelf
The Secrets You Keep
by Kate White

Bryn Harper, the protagonist of Kate White’s novel THE SECRETS YOU KEEP, knows what’s best. Or at least she banks her career on it as a self-help author. When it comes to her own life, though, things have been spiraling since a car accident left her with smoke-filled nightmares, dreams that she fears are a warning. Bryn’s world may be collapsing around her, but after two women are murdered, she begins to find a bit of her old self again and searches for answers—though what she finds might point directly at her new husband…

|+| Add to Your Shelf
The Secrets You Keep
Kate White