Reading ruts are the worst at any time but especially during winter; when there’s little joy to be found in the outside world, it’s time to escape into your favorite pages. So here are a few quick tips on how to escape a rut: reread an old favorite, pick up something you’re sure will make you laugh, or browse your local bookstore to see what grips you from the first page. And one of the best ways to get excited to read again? Ask a friend for a recommendation. Nothing pulls you into the pages more than knowing that at the end you have a friend to join you in your feelings—whether you’re crying, ranting, or eager to discuss every single twist and turn. 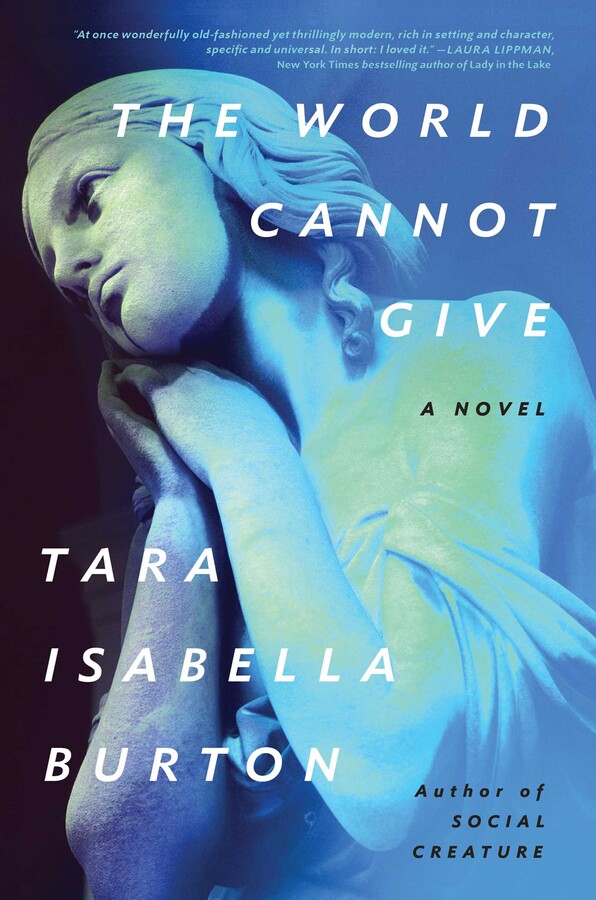 Sharon’s Pick: At the end of 2021, I was hit hard by a reading slump. My goal of finishing three books over the course of December dwindled to one; between being home for the holidays and catching tonsillitis, I lacked the motivation to pick anything up. However, there was one book that I could not put down, and that was THE WORLD CANNOT GIVE by Tara Isabella Burton.

At equal turns suspenseful and atmospheric, THE WORLD CANNOT GIVE follows sixteen-year-old Laura Stearns as she transfers into the prestigious St. Dunstan’s Academy in Maine. When she attends the school’s mandatory Friday night church service, she is immediately enraptured by the choir and its leader, the magnetic Virginia Strauss. Soon, Laura is pulled into a world of transcendence, ritual, and secrecy, and falls farther under Virginia’s sphere of influence. However, as the school year progresses and Virginia’s power is increasingly challenged, Laura must question her devotion.

|+| Add to Your Shelf
The World Cannot Give
Tara Isabella Burton

The Girls meets Fight Club in this coming-of-age novel about queer desire, religious zealotry, and the hunger for transcendence among the devoted members of a cultic chapel choir in a prestigious Maine boarding school—and the obsessively ambitious, terrifyingly charismatic girl that rules over them.

When shy, sensitive Laura Stearns arrives at St. Dunstan’s Academy in Maine, she dreams that life there will echo her favorite novel, All Before Them, the sole surviving piece of writing by Byronic “prep school prophet” (and St. Dunstan’s alum) Sebastian Webster, who died at nineteen, fighting in the Spanish Civil War. She soon finds the intensity she is looking for among the insular, Webster-worshipping members of the school’s chapel choir, which is presided over by the charismatic, neurotic, overachiever Virginia Strauss. Virginia is as fanatical about her newfound Christian faith as she is about the miles she runs every morning before dawn. She expects nothing short of perfection from herself—and from the members of the choir.

Virginia inducts the besotted Laura into a world of transcendent music and arcane ritual, illicit cliff-diving and midnight crypt visits: a world that, like Webster’s novels, finally seems to Laura to be full of meaning. But when a new school chaplain challenges Virginia’s hold on the “family” she has created, and Virginia’s efforts to wield her power become increasingly dangerous, Laura must decide how far she will let her devotion to Virginia go.

The World Cannot Give is a shocking meditation on the power, and danger, of wanting more from the world.

Emily’s Pick: Sorry to brag, but I picked the absolute perfect time to read the first book in the magical wintry Winternight Trilogy—timing it right with the first snowfall of the year—and it fully rejuvenated my love of reading. Mixing in Russian folklore and history, THE BEAR AND THE NIGHTINGALE tells the story of Vasya, a young girl with magic in her blood, her family, and the townspeople who don’t know how to handle her. Her magic allows her to communicate with the spirits that protect the barns, rivers, and bathhouses, but it also marks her as different—a deadly label among the more narrow-minded community. When a new priest arrives from Moscow, he casts fear into the villagers, which in turn pushes away the spirits protecting them and allows for more dangerous elements to prevail. Vasya must figure out how to use her gifts to save her people while also avoiding their judging eyes. Every sentence and turn of events in this story is filled with wonder and beauty, and—with three books in this series—it’ll keep you busy through multiple snowfalls.

|+| Add to Your Shelf
The Bear and the Nightingale
Katherine Arden

8 Books for Grownups Who Love Fairytales and Folklore

Readers’ Choice: The Top 10 Most Shelved Books in July 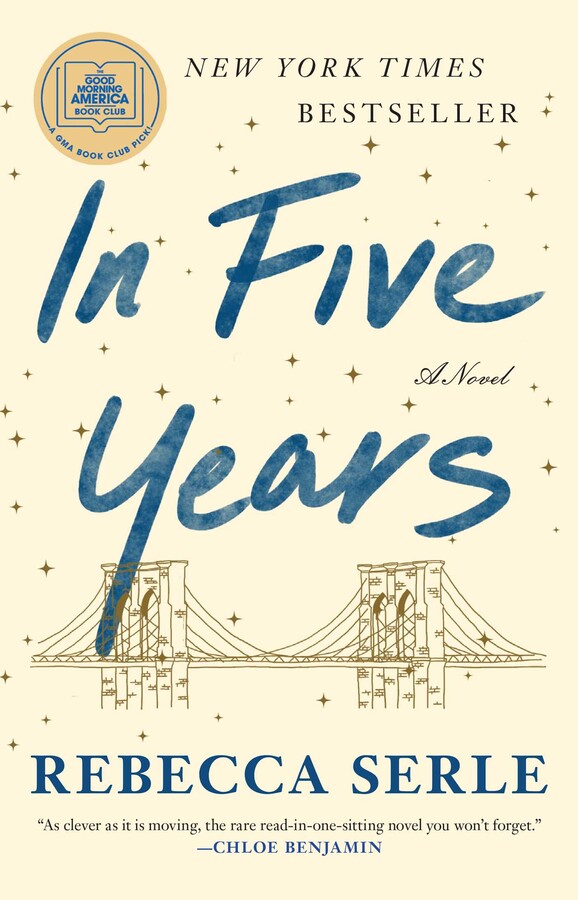 |+| Add to Your Shelf
In Five Years
by Rebecca Serle

Kelly’s Pick: I read IN FIVE YEARS within the span of twenty-four hours. I’m not kidding. The premise immediately drew me in. Dannie is nothing like her spontaneous, believes-in-fate best friend, Bella. Instead, she has a carefully laid-out life plan that is just coming together: she nails the most important job interview of her career and accepts her boyfriend’s marriage proposal. But at the beginning of the story, Dannie spends one hour exactly five years in the future—in a different apartment, with a different ring on her finger, and beside a very different man. She then awakens back in the present and starts to question everything. And wow . . . this was not the love story I was expecting at all. I couldn’t stop reading because I had to find out what happened next, and I felt so many emotions as I watched the pieces slide into place.

|+| Add to Your Shelf
In Five Years
Rebecca Serle

An Atria Book. Atria Books has a great book for every reader. 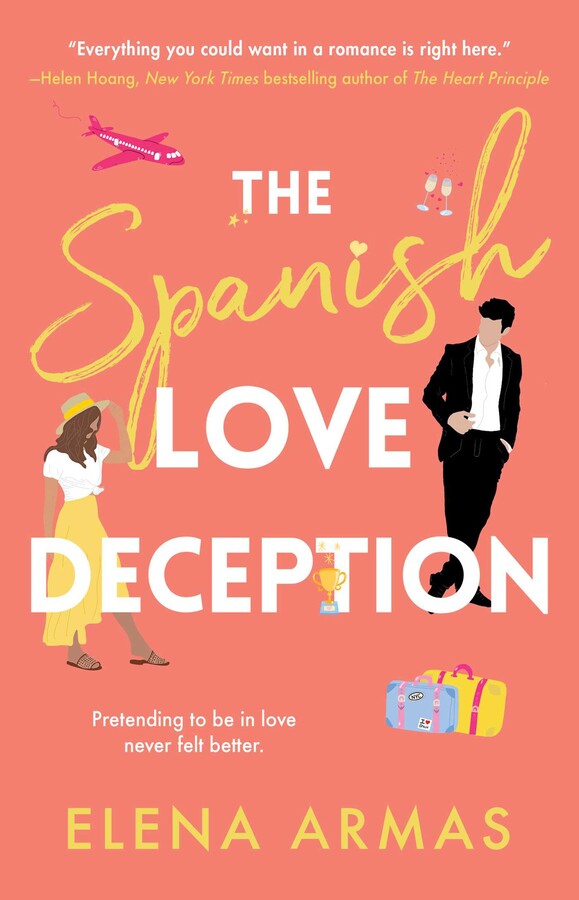 |+| Add to Your Shelf
The Spanish Love Deception
by Elena Armas

Molly’s Pick: I’m a monogamous book reader. My brain can’t process reading more than one book at a time, so when I’m struggling with a book, it might take me several weeks to finish it. (Hello, Barack Obama and the Tome That Killed My Goodreads Goal.) I do this because I know if I step away from a difficult text, I won’t return to it—the only way forward is through. What gets me back into the reading spirit is usually a romance novel. I had heard a lot about Elena Armas’s THE SPANISH LOVE DECEPTION—it blew up on TikTok and has been featured on many must-read lists—so I knew it would be the perfect candidate to get me out of a reading rut. And boy, was I right. THE SPANISH LOVE DECEPTION is a steamy slow-burn romance that fully delivers. It follows Lina, an engineering consultant living in New York City, who desperately needs a date to her sister’s wedding back home in Spain after she’s lied to her family about having a boyfriend. Enter Lina’s work nemesis Aaron Blackford, who inexplicably offers to accompany her. As Lina and Aaron spend more time together, the lines between real and fake blur, and Lina is left wondering if she initially misjudged this gorgeous man. This book features some of my favorite tropes: enemies to lovers, fake dating, and #onlyonebed, and it’s just what I needed to get back in the groove.

|+| Add to Your Shelf
The Spanish Love Deception
Elena Armas

A TikTok sensation, this rom-com about a young woman who agrees to fake date a colleague and bring him to her sister’s wedding has “everything you could want in a romance” (Helen Hoang, New York Times bestselling author).

Catalina Martín desperately needs a date to her sister’s wedding. Especially since her little white lie about her American boyfriend has spiralled out of control. Now everyone she knows—including her ex and his fiancée—will be there and eager to meet him.

She only has four weeks to find someone willing to cross the Atlantic and aid in her deception. New York to Spain is no short flight and her raucous family won’t be easy to fool.

Enter Aaron Blackford—her tall, handsome, condescending colleague—who surprisingly offers to step in. She’d rather refuse; never has there been a more aggravating, blood-boiling, and insufferable man.

But Catalina is desperate, and as the wedding draws nearer, Aaron looks like her best option. And she begins to realize he might not be as terrible in the real world as he is at the office.

Summer Vacation Sweepstakes: Enter for a Chance to Win the Ultimate Vacation Prize!

11 Wedding Season Reads to Love and to Cherish

Our 14 Most Anticipated February Books to Snuggle Up With 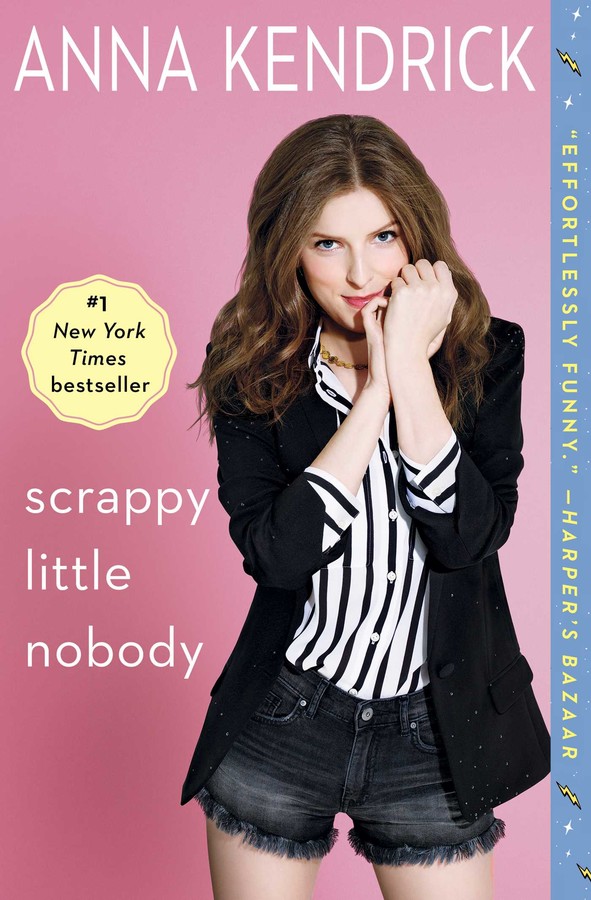 |+| Add to Your Shelf
Scrappy Little Nobody
by Anna Kendrick

Kaitie’s Pick #1: In all honestly, I read this one in audio because Anna Kendrick narrates it, and it does not disappoint. In a voice that is at once familiar and surprising, sharp and sweet, funny and serious, Anna details her rise to stardom in a way that feels entirely relatable. I loved this one so much that I subsequently read four other memoirs by hilarious women.

|+| Add to Your Shelf
Scrappy Little Nobody
Anna Kendrick

The New York Times bestselling collection of humorous autobiographical essays by the Academy Award nominated actress and star of Up in the Air and Pitch Perfect.

Even before she made a name for herself on the silver screen starring in films like Pitch Perfect, Up in the Air, Twilight, and Into the Woods, Anna Kendrick was unusually small, weird, and “10 percent defiant.”

At the ripe age of thirteen, she had already resolved to “keep the crazy inside my head where it belonged. Forever. But here’s the thing about crazy: It. Wants. Out.” In Scrappy Little Nobody, she invites readers inside her brain, sharing extraordinary and charmingly ordinary stories with candor and winningly wry observations.

With her razor-sharp wit, Anna recounts the absurdities she’s experienced on her way to and from the heart of pop culture as only she can—from her unusual path to the performing arts (Vanilla Ice and baggy neon pants may have played a role) to her double life as a middle-school student who also starred on Broadway to her initial “dating experiments” (including only liking boys who didn’t like her back) to reviewing a binder full of butt doubles to her struggle to live like an adult woman instead of a perpetual “man-child.”

Enter Anna’s world and follow her rise from “scrappy little nobody” to somebody who dazzles on the stage, the screen, and now the page—with an electric, singular voice, at once familiar and surprising, sharp and sweet, funny and serious (well, not that serious).

|+| Add to Your Shelf
The Love Hypothesis
by Ali Hazelwood

Kaitie’s Pick #2: This was another audiobook for me, but it was so captivating and fun that it sent me down a rom-com rabbit hole. Ali Hazelwood delivers a brilliant take on the fake-dating trope: when a fake relationship between scientists meets the irresistible force of attraction, it throws one woman’s carefully calculated theories on love into chaos. THE LOVE HYPOTHESIS will have you laughing and also shouting, Why can’t they just tell each other how they feel?! Highly recommend.

|+| Add to Your Shelf
The Love Hypothesis
Ali Hazelwood