Katherine Faulkner, an award-winning journalist, studied history at Cambridge. She has worked as an investigative reporter and an editor and was formerly the joint Head of News at The Times (London). She lives in London with her husband and two daughters.

When I was writing my novel Greenwich Park—about a woman whose seemingly perfect life starts to unravel as a result of a friendship forged at her first prenatal class—I had never even heard of the term “Mum-noir.” Since then, a series of such novels which, like mine, explore the darker side of motherhood—particularly new motherhood—have hit the shelves. Perhaps it is no great surprise that the experience of pregnancy and new motherhood—with its attendant feelings of loneliness, paranoia, self-doubt, and isolation, and the fissures it creates in female friendships—has proved to be fertile ground for the lurid imaginations of authors of domestic suspense. Here are some of my “Mum-noir” favorites.

|+| Add to Your Shelf
People Like Her
by Ellery Lloyd

This addictive thriller, from husband-and-wife writing team Ellery Lloyd, is about an influencer mum whose real life is nothing like the image she portrays online. Emmy Jackson has amassed a million followers by making out that her “Mamabare” account offers an unfiltered view of her life with three-year-old Coco and newborn Bear, but in truth, Emmy’s problems go way beyond getting Bear to sleep and Coco to eat her vegetables. Not only is their goldfish-bowl existence starting to freak out her author husband Dan—struggling to complete his difficult second novel—but someone is posting stolen photographs of their private family moments and threatening to undermine their perfect life for good. PEOPLE LIKE HER is wonderfully paced and hugely original, with brilliantly drawn characters. If you’re anything like me, you’ll be up late into the night finishing it (and deleting your social media the moment you have!).

|+| Add to Your Shelf
People Like Her
Ellery Lloyd

|+| Add to Your Shelf
The Push
by Ashley Audrain

“The women in our family, we’re different,” Blythe Connor announces at the start of Ashley Audrain’s critically acclaimed novel, THE PUSH, which plays on some of the darkest fears of motherhood. Despite her determination not to allow her terrible family history to prevent her being a good mother to Violet, Blythe finds she cannot escape the conviction that there is something wrong with her young daughter. But, with her husband insistent she is imagining it, Blythe is forced to ask if the problem is really with her—or if her judgment can even be trusted at all. Interweaving the stories of four generations of women in Blythe’s family, THE PUSH is at once a hugely addictive read and a deeply uncomfortable delve into the legacy of maternal love and neglect, grief, and mental illness.

|+| Add to Your Shelf
The Push
Ashley Audrain

|+| Add to Your Shelf
Little Disasters
by Sarah Vaughan

Sarah Vaughan’s haunting portrait of a mother placed under investigation after her baby sustains a suspicious injury opens with a horribly recognizable scene: a newborn baby that will not stop crying, and a mother pushed to her limits. When the same mother, Jess, arrives at her local hospital with an injured baby Betsey, the doctor on duty is her friend Liz, whom she met at prenatal class. Betsey has a fractured skull, and Liz’s colleagues feel the incident is suspicious. But Liz knows Jess is a good mother—an almost perfect mother, in fact. She knows she would never do anything to harm her baby. Doesn’t she? As dark secrets from the past begin to emerge, the friendship between the two mothers is pushed to the breaking point. A brilliant and deeply unsettling read.

“Taut, clever, compelling, and guaranteed to keep you on the edge of your seat.” —Paula Hawkins, #1 New York Times bestselling author of The Girl on the Train and Into the Water

From the bestselling author of Anatomy of a Scandal—soon to be a Netflix series—a new thought-provoking novel exploring the complexity of motherhood and all that connects and disconnects us.

You think you know her…but look a little closer.

She is a stay-at-home mother-of-three with boundless reserves of patience, energy, and love. After being friends for a decade, this is how Liz sees Jess.

Then one moment changes everything.

Dark thoughts and carefully guarded secrets surface—and Liz is left questioning everything she thought she knew about her friend, and about herself. The truth can’t come soon enough.

With Sarah Vaughan’s signature “clever and compelling” (Claire Douglas, author of Last Seen Alive) prose, Little Disasters is a tightly-wound and evocative page-turner that will haunt you long after you finish the last page.

|+| Add to Your Shelf
The New Girl
by Harriet Walker

Maternity-leave career paranoia is the theme of Harriet Walker’s debut THE NEW GIRL, in which journalist Margot leaves her enviable job to have a baby and is replaced by ambitious Maggie, who starts apparently trying to outdo her at every turn. Meanwhile, Margot’s joy at her new motherhood is tinged with loneliness and heartbreak: her plans to share her maternity leave with her lifelong friend, Winnie, have been cruelly destroyed by Winnie’s loss of her newborn son. When an anonymous online troll starts mocking Margot and threatening to expose a dark secret from her past, Margot’s unease spirals into frightening paranoia. Walker is as utterly brilliant in her observations of female friendship as she is at weaving a fast-paced thriller with a sucker-punch twist. I loved it.

|+| Add to Your Shelf
The New Girl
Harriet Walker 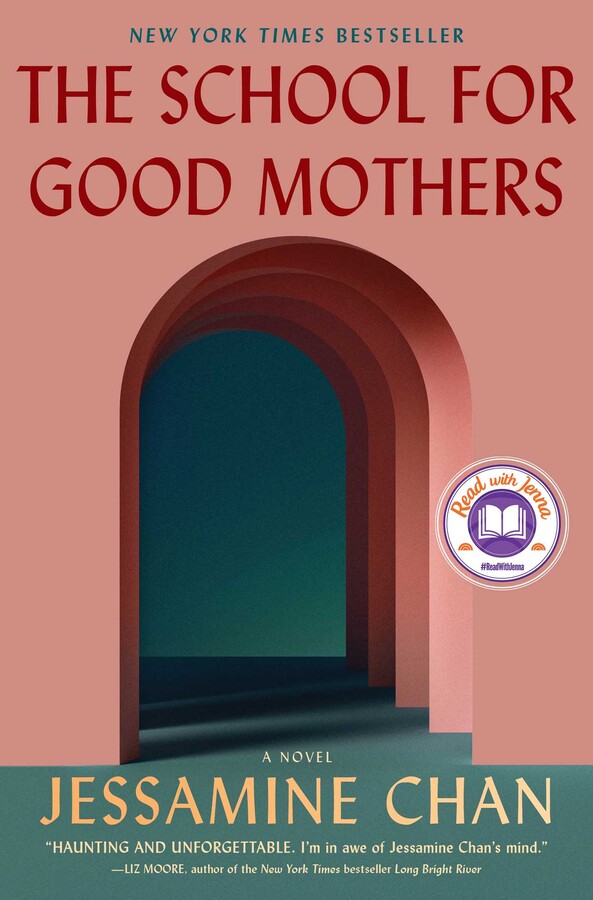 In this dystopian and deeply moving novel—which has drawn comparisons to Margaret Atwood’s THE HANDMAID’S TALE—exhausted single mother Frida ends up at a “re-educational school” for flawed mothers after she is caught poorly leaving toddler, Harriet, alone at home after falling behind at work. At the school, the mothers are charged with caring for sentient dolls—their every look, statement and hug judged by others. “All the more terrifying because it edges so close to reality,” according to one review of the book, THE SCHOOL FOR GOOD MOTHERS is both a propulsive read and a terrifying portrait of the societal judgment aimed at mothers everywhere, but particularly those who are not wealthy or white.

|+| Add to Your Shelf
The School for Good Mothers
Jessamine Chan

In this taut and explosive debut novel, one lapse in judgement lands a young mother in a government reform program where custody of her child hangs in the balance.

Frida Liu is struggling. She doesn’t have a career worthy of her Chinese immigrant parents’ sacrifices. She can’t persuade her husband, Gust, to give up his wellness-obsessed younger mistress. Only with Harriet, their cherubic daughter, does Frida finally attain the perfection expected of her. Harriet may be all she has, but she is just enough.

Until Frida has a very bad day.

The state has its eyes on mothers like Frida. The ones who check their phones, letting their children get injured on the playground; who let their children walk home alone. Because of one moment of poor judgment, a host of government officials will now determine if Frida is a candidate for a Big Brother-like institution that measures the success or failure of a mother’s devotion.

Faced with the possibility of losing Harriet, Frida must prove that a bad mother can be redeemed. That she can learn to be good.

A searing page-turner that is also a transgressive novel of ideas about the perils of “perfect” upper-middle class parenting; the violence enacted upon women by both the state and, at times, one another; the systems that separate families; and the boundlessness of love, The School for Good Mothers introduces, in Frida, an everywoman for the ages. Using dark wit to explore the pains and joys of the deepest ties that bind us, Chan has written a modern literary classic.

Up All Night Sweepstakes: Enter for Chance to Win a Thrilling Bookish Prize Pack 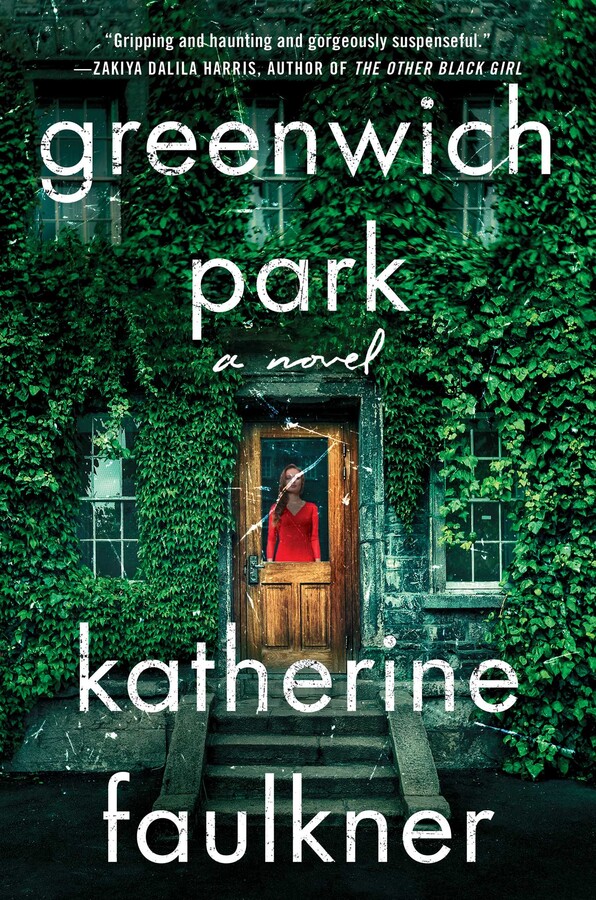 |+| Add to Your Shelf
Greenwich Park
by Katherine Faulkner

GREENWICH PARK is out now!

Helen’s idyllic life—handsome architect husband, gorgeous Victorian house, and cherished baby on the way (after years of trying)—begins to change the day she attends her first prenatal class and meets Rachel, an unpredictable single mother-to-be. Rachel doesn’t seem very maternal: she smokes, drinks, and professes little interest in parenthood. Still, Helen is drawn to her. Maybe Rachel just needs a friend. And to be honest, Helen’s a bit lonely herself. At least Rachel is fun to be with. She makes Helen laugh, invites her confidences, and distracts her from her fears. But her increasingly erratic behavior is unsettling. And Helen’s not the only one who’s noticed. Her friends and family begin to suspect that her strange new friend may be linked to their shared history in unexpected ways.

“Gripping and haunting and gorgeously suspenseful. I couldn’t put this thriller down and can’t recommend it highly enough.” —Zakiya Dalila Harris, author of The Other Black Girl

A twisty, whip-smart debut thriller, as electrifying as the #1 New York Times bestseller The Girl on the Train, about impending motherhood, unreliable friendship, and the high price of keeping secrets.

Helen’s idyllic life—handsome architect husband, gorgeous Victorian house, and cherished baby on the way (after years of trying)—begins to change the day she attends her first prenatal class and meets Rachel, an unpredictable single mother-to-be. Rachel doesn’t seem very maternal: she smokes, drinks, and professes little interest in parenthood. Still, Helen is drawn to her. Maybe Rachel just needs a friend. And to be honest, Helen’s a bit lonely herself. At least Rachel is fun to be with. She makes Helen laugh, invites her confidences, and distracts her from her fears.

But her increasingly erratic behavior is unsettling. And Helen’s not the only one who’s noticed. Her friends and family begin to suspect that her strange new friend may be linked to their shared history in unexpected ways. When Rachel threatens to expose a past crime that could destroy all of their lives, it becomes clear that there are more than a few secrets laying beneath the broad-leaved trees and warm lamplight of Greenwich Park.

10 Thrillers with More Twists Than a Corn Maze

The 12 Most Popular Books of February

The 10 Most Popular Books We Craved in January 2022

Our 9 Most Anticipated Books Publishing in January