My latest novel, The Sea Gate, is set in my native Cornwall, in the far southwest tip of England. It’s a dual-timeline novel about an eccentric old lady and her eccentric old house, and about the secrets buried in both. It’s amazing that despite growing up here and writing historical novels that span the globe, I haven’t yet fully set a book in Cornwall, though half of The Tenth Gift—my novel about the Barbary corsair raids on the county—was set here. Sometimes a place is ingrained so deeply in your psyche that you look past it toward more exotic locations, but there comes a time when you have to come home and dig into the history of the place that shaped you. Here are some of the books that informed my creative life and led me back here, and some I’ve read since and loved for their evocative sense of time and place. 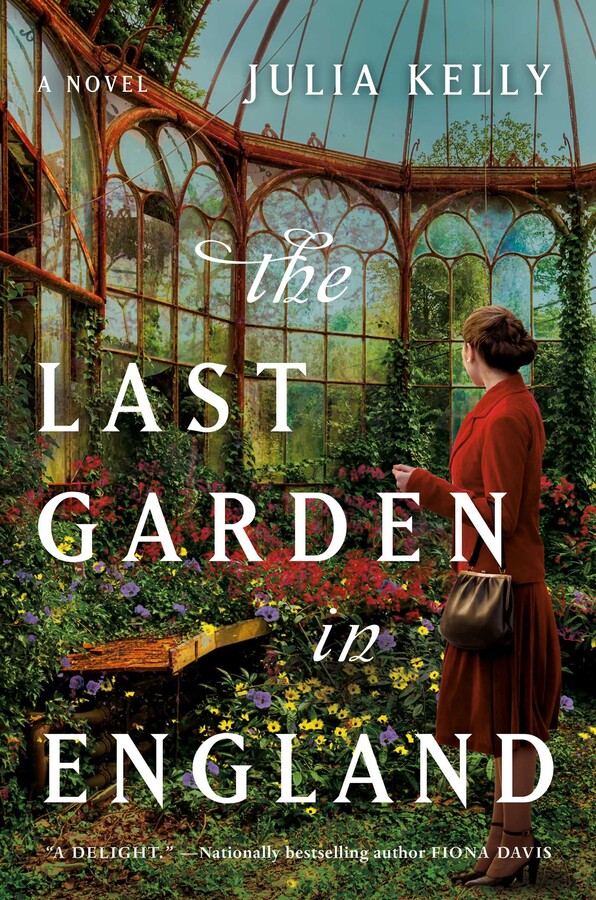 The story strands of this lovely historical novel twine together like honeysuckle climbing up a trellis, sending out secrets and surprises along the way. I read it at a perfect time last year, as I was immersed in creating my first-ever garden, and I loved reading about Emma’s restoration of the once-magnificent garden at Highbury House, and the way the story unfolds through different timelines. You can visit the author’s website to see how she imagined the garden design, a lovely feature.

|+| Add to Your Shelf
The Last Garden in England
Julia Kelly

From the author of the international bestseller The Light Over London and The Whispers of War comes a poignant and unforgettable tale of five women living across three different times whose lives are all connected by one very special place.

Present day: Emma Lovett, who has dedicated her career to breathing new life into long-neglected gardens, has just been given the opportunity of a lifetime: to restore the gardens of the famed Highbury House estate, designed in 1907 by her hero Venetia Smith. But as Emma dives deeper into the gardens’ past, she begins to uncover secrets that have long lain hidden.

1907: A talented artist with a growing reputation for her ambitious work, Venetia Smith has carved out a niche for herself as a garden designer to industrialists, solicitors, and bankers looking to show off their wealth with sumptuous country houses. When she is hired to design the gardens of Highbury House, she is determined to make them a triumph, but the gardens—and the people she meets—promise to change her life forever.

1944: When land girl Beth Pedley arrives at a farm on the outskirts of the village of Highbury, all she wants is to find a place she can call home. Cook Stella Adderton, on the other hand, is desperate to leave Highbury House to pursue her own dreams. And widow Diana Symonds, the mistress of the grand house, is anxiously trying to cling to her pre-war life now that her home has been requisitioned and transformed into a convalescent hospital for wounded soldiers. But when war threatens Highbury House’s treasured gardens, these three very different women are drawn together by a secret that will last for decades.

In this sweeping novel reminiscent of Kate Morton’s The Lake House and Kristin Harmel’s The Room on Rue Amélie, Julia Kelly explores the unexpected connections that cross time and the special places that bring people together forever.

|+| Add to Your Shelf
Rebecca
by Daphne Du Maurier

I grew up in Fowey, where du Maurier lived, so she’s been a talisman writer for me, and I’ve often been compared to her over the years—a huge compliment. In REBECCA she created a sumptuous yet brooding backdrop in the magnificent Manderley, a house infused with Cornish light and doom, with the previous Mrs. de Winter haunting her successor’s every footstep and thought. It’s both romantic and terrifying: a powerful combination!

Before people started writing about their year in Provence or Tuscany or Marrakesh, Derek Tangye chronicled how he and his wife gave up their urbane, sophisticated life in London and moved to a run-down, roofless cottage in Cornwall in the 1950s to earn a living from the land and to make a new life with a menagerie of cats and chickens and wild beasts. If you really want a sense of what it was like to live in Cornwall just after the war, the Minack Chronicles series is perfect armchair time travel. My next novel is set at around this time.

|+| Add to Your Shelf
A Gull on the Roof
Derek Tangye

|+| Add to Your Shelf
The Camomile Lawn
by Mary Wesley

A fragrant camomile lawn stretches down to the Cornish cliffs from the rambling old house in which five cousins have gathered for their annual ritual of a holiday. It’s August 1939, the last summer of their youth, and the heady exhilaration of a boiling-hot summer and the freedoms of lost innocence combine with fears of the coming war and a tragic event that will change all their lives. Part of THE SEA GATE is set in 1943, and I know very well the stretch of coastline where Wesley lived and set this wonderful novel.

|+| Add to Your Shelf
The Camomile Lawn
Mary Wesley 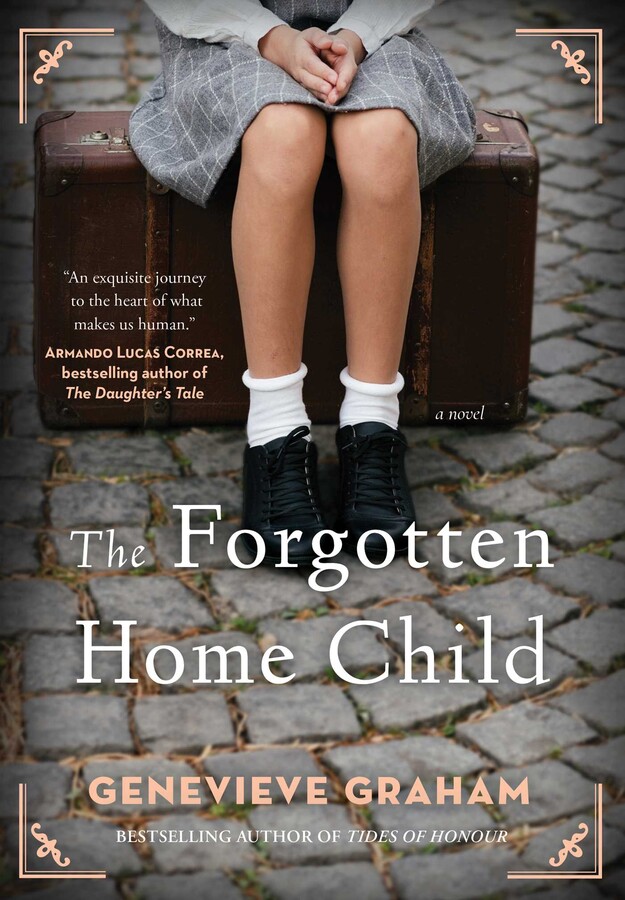 |+| Add to Your Shelf
The Forgotten Home Child
by Genevieve Graham

This one isn’t set in Cornwall, but part of it is set in England, and it recounts a lost chapter of English history, which is something I love. I had no idea that in the 1930s destitute children were sometimes rounded up off the city streets like stray dogs, and that some were sent by boat to Canada. I love the way Genevieve Graham explores the story by slipping back and forth between the modern day and protagonist Winny’s childhood, weaving a rich tapestry of a tale about loss and love and home.

|+| Add to Your Shelf
The Forgotten Home Child
Genevieve Graham

The Home for Unwanted Girls meets Orphan Train in this unforgettable novel about a young girl caught in a scheme to rid England’s streets of destitute children, and the lengths she will go to find her way home—based on the true story of the British Home Children.

At ninety-seven years old, Winnifred Ellis knows she doesn’t have much time left, and it is almost a relief to realize that once she is gone, the truth about her shameful past will die with her. But when her great-grandson Jamie, the spitting image of her dear late husband, asks about his family tree, Winnifred can’t lie any longer, even if it means breaking a promise she made so long ago...

Fifteen-year-old Winny has never known a real home. After running away from an abusive stepfather, she falls in with Mary, Jack, and their ragtag group of friends roaming the streets of Liverpool. When the children are caught stealing food, Winny and Mary are left in Dr. Barnardo’s Barkingside Home for Girls, a local home for orphans and forgotten children found in the city’s slums. At Barkingside, Winny learns she will soon join other boys and girls in a faraway place called Canada, where families and better lives await them.

But Winny’s hopes are dashed when she is separated from her friends and sent to live with a family that has no use for another daughter. Instead, they have paid for an indentured servant to work on their farm. Faced with this harsh new reality, Winny clings to the belief that she will someday find her friends again.

Inspired by true events, The Forgotten Home Child is a moving and heartbreaking novel about place, belonging, and family—the one we make for ourselves and its enduring power to draw us home. 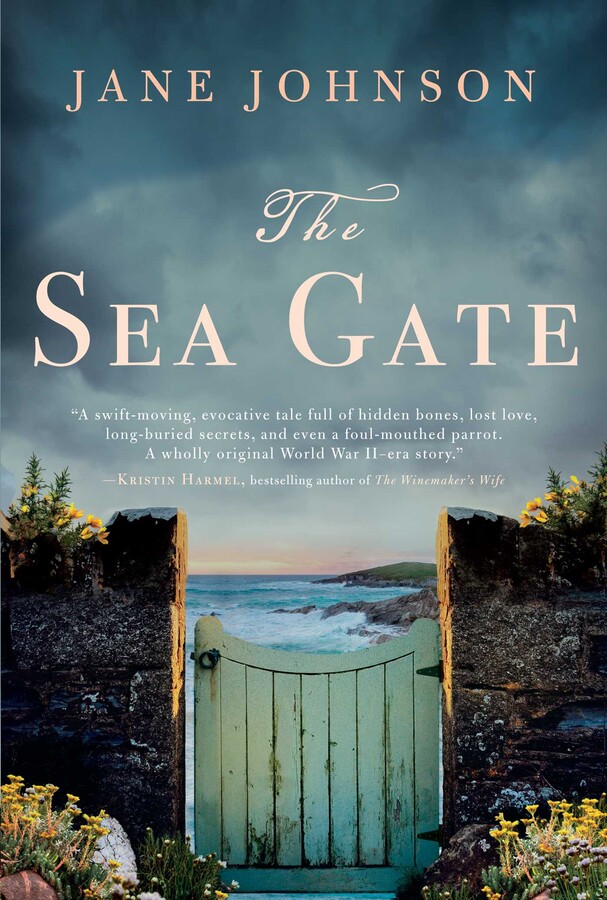 |+| Add to Your Shelf
The Sea Gate
by Jane Johnson

Jane Johnson's book THE SEA GATE is out now!

It's a sweeping and utterly spellbinding tale of a young woman’s courage in the face of war and the lengths to which she’ll go to protect those she loves against the most unexpected of enemies.

|+| Add to Your Shelf
The Sea Gate
Jane Johnson

A broken family, a house of secrets—an entrancing tale of love and courage set during the Second World War.

After Rebecca’s mother dies, she must sort through her empty flat and come to terms with her loss. As she goes through her mother’s mail, she finds a handwritten envelope. In it is a letter that will change her life forever.

Olivia, her mother’s elderly cousin, needs help to save her beloved home. Rebecca immediately goes to visit Olivia in Cornwall only to find a house full of secrets—treasures in the attic and a mysterious tunnel leading from the cellar to the sea, and Olivia, nowhere to be found.

As it turns out, the old woman is stuck in hospital with no hope of being discharged until her house is made habitable again. Rebecca sets to work restoring the home to its former glory, but as she peels back the layers of paint and grime, she uncovers even more buried secrets—secrets from a time when the Second World War was raging, when Olivia was a young woman, and when both romance and danger lurked around every corner...

A sweeping and utterly spellbinding tale of a young woman’s courage in the face of war and the lengths to which she’ll go to protect those she loves against the most unexpected of enemies.