If you’ve never read Janet Evanovich before—come to think of it, even if you have—it may be tough to know where to start. After all, there were twenty-six books alone in the Stephanie Plum series—now twenty-seven since Fortune and Glory came out this November! To help you out, we’ve created a list of books to pair with whichever mood you happen to be in. Are you feeling a little adventurous, whimsical, or overwhelmed today? We’ve got you covered with our recommendations. And the best part is these books can be read as standalone or part of a series, so you can hop in wherever your mood happens to be at the moment. 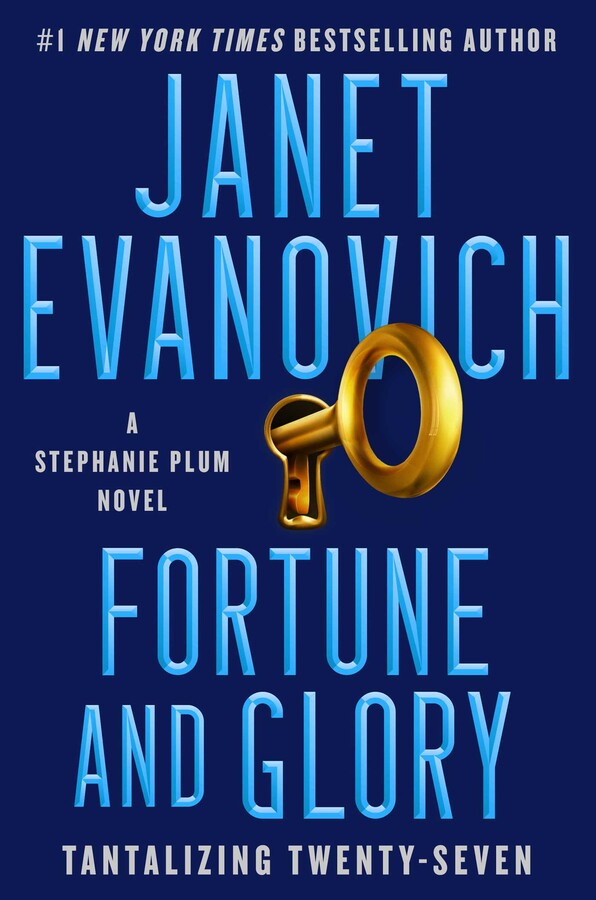 |+| Add to Your Shelf
Fortune and Glory
by Janet Evanovich

Treasure hunts are always thrilling. Throw in a love triangle, multiple car explosions, and you’ve got one rollicking good time. In Janet Evanovich’s newest book FORTUNE AND GLORY, the action is more packed than ever! Stephanie Plum is on the hunt with her Grandma for mobster treasure left hidden by her recently deceased husband. Filled with danger, love, and Janet’s trademark humor, this newest book in the series will fill your day with fast-paced adventure in no time. Plus, it features one of the most intriguing, multitalented adversaries yet: Gabriela Rose is a chef, martial artist, fashionista, and more! With such adventurous plots and characters, FORTUNE AND GLORY will lock you in and maybe even give you some ideas on exciting new quarantine hobbies to try out.

|+| Add to Your Shelf
Fortune and Glory
Janet Evanovich

The twenty-seventh entry in the #1 New York Times bestselling series isn’t just the biggest case of Stephanie Plum’s career. It’s the adventure of a lifetime.

When Stephanie’s beloved Grandma Mazur's new husband died on their wedding night, the only thing he left her was a beat-up old easy chair…and the keys to a life-changing fortune.

But as Stephanie and Grandma Mazur search for Jimmy Rosolli’s treasure, they discover that they’re not the only ones on the hunt. Two dangerous enemies from the past stand in their way—along with a new adversary who’s even more formidable: Gabriela Rose, a dark-eyed beauty from Little Havana with a taste for designer clothes. She’s also a soldier of fortune, a gourmet cook, an expert in firearms and mixed martial arts—and someone who’s about to give Stephanie a real run for her money.

Stephanie may be in over her head, but she’s got two things that Gabriela doesn’t: an unbreakable bond with her family and a stubborn streak that will never let her quit.

She’ll need both to survive because this search for “fortune and glory” will turn into a desperate race against time with more on the line than ever before. Because even as she searches for the treasure and fights to protect her Grandma Mazur, her own deepest feelings will be tested—as Stephanie could finally be forced to choose between Joe Morelli and Ranger. 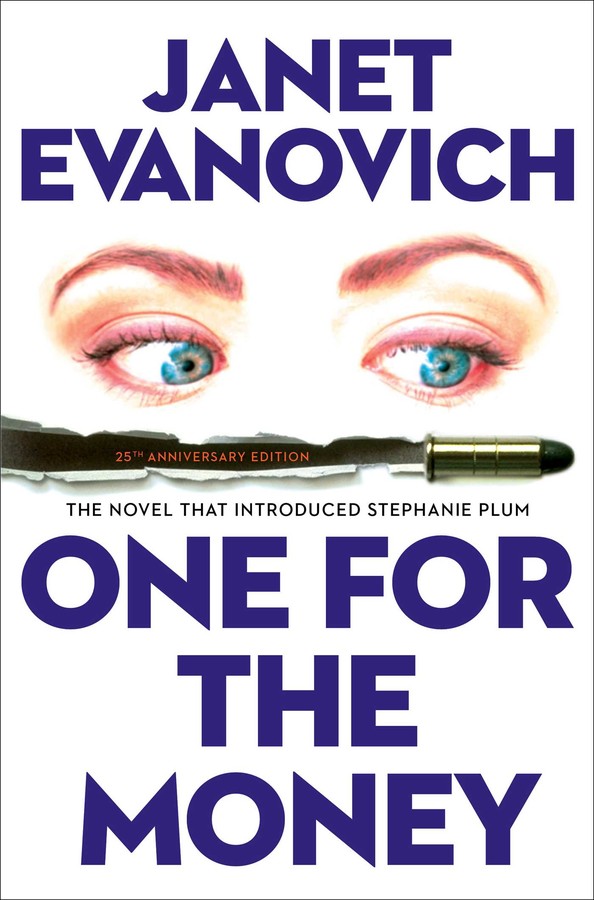 |+| Add to Your Shelf
One for the Money
by Janet Evanovich

Sometimes life knocks you through the ringer. You lose your job, your car gets repossessed, and you’re barely able to make rent. What do you do? Well, if you’re Stephanie Plum, you aim high for the big payday in your next venture. In ONE FOR THE MONEY, Stephanie’s got her eyes set on bounty hunting, a job that’s full of danger but that utilizes her unique skill set. And it’s not just any high-priced bounty she’s hunting, but disgraced former vice cop Joe Morelli, an on-again, off-again fling who also humiliated her as a teenager. But not everything is as it seems, getting Stephanie embroiled in an even bigger mess than she bargained for. If there’s one sentiment that pervades this book, it’s hope. Throughout the novel Stephanie fights to get her man and save the day on her terms. Rather than accepting her fate, she uses her wits and bravado to keep moving toward a better future, and she kicks ass while doing it. If Stephanie teaches us anything, it’s that no matter your circumstances, there’s always hope that things can get better.

|+| Add to Your Shelf
One for the Money
Janet Evanovich

Meet Stephanie Plum, a bounty hunter with attitude. In Stephanie’s opinion, toxic waste, rabid drivers, armed schizophrenics, and August heat, humidity, and hydrocarbons are all part of the great adventure of living in Jersey.

She’s a product of the “burg,” a blue-collar pocket of Trenton where houses are attached and narrow, cars are American, windows are clean, and (God forbid you should be late) dinner is served at six.

Out of work and out of money, Stephanie blackmails her bail-bondsman cousin Vinnie into giving her a try as an apprehension agent. Stephanie knows zilch about the job requirements, but she figures her new pal, el-primo bounty hunter Ranger, can teach her what it takes to catch a crook. Her first assignment: nail Joe Morelli, a former vice cop on the run from a charge of murder one. Morelli’s the inamorato who charmed Stephanie out of her virginity at age sixteen. There’s still powerful chemistry between them, so the chase should be interesting…and could also be extremely dangerous. 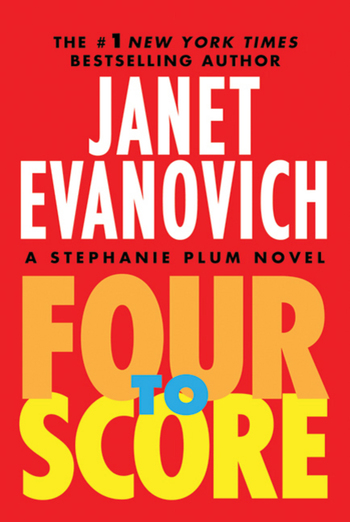 |+| Add to Your Shelf
Four to Score
by Janet Evanovich

Given all that has happened in 2020, it’s hard not to feel overwhelmed. FOUR TO SCORE finds our intrepid bounty hunter Stephanie Plum dealing with the tricky task of catching thief Maxine Nowicki, the wile of a rival trying to beat her to the payday, and her apartment and car blowing up thanks to a stalker. All this on top of juggling her mentor Ranger, her ex-boyfriend Joe, and her outrageous grandmother pulling her in different directions. Believe me, it only gets crazier from there. Even though the world is crashing down around her, Stephanie manages by tackling one challenge at a time, even if it seems to more often than not complicate matters. With a twisting plot that will make you wonder how only one person could handle it all, this book is sure to have you forgetting your troubles in favor of Stephanie’s many woes and finding strength in her resilience.

|+| Add to Your Shelf
Four to Score
Janet Evanovich

Stephanie Plum’s on the Case: 5 Fast-Paced Janet Evanovich Reads to Fit Your Mood 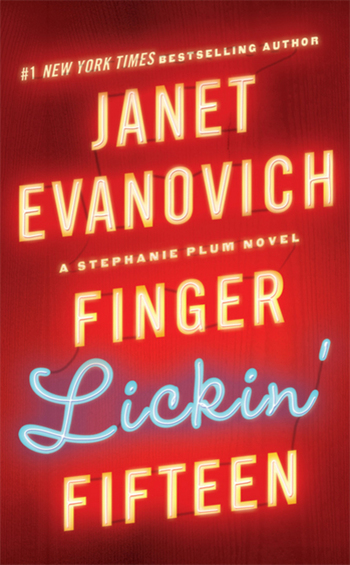 |+| Add to Your Shelf
Finger Lickin' Fifteen
by Janet Evanovich

Just look at that cover! It’s already making me hungry, reminding me of a late-night burger joint. If you’re in the mood to eat all the food in your pantry, pick up FINGER LICKIN’ FIFTEEN and you’ll find plenty of characters to sit down at the table with. When celebrity chef Stanley Chipotle gets decapitated, Stephanie Plum and her hilarious company of friends and family are off to search for the killers, which leads them through culinary mayhem, featuring sparks in the kitchen (literal and figurative), a hotdog suit, a BBQ competition, and so much more. Just be sure to read this book with a plate of pork chops before your hunger turns to hanger. 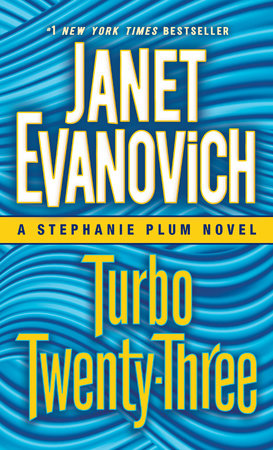 |+| Add to Your Shelf
Turbo Twenty-Three
by Janet Evanovich

The best part of the Stephanie Plum series is all the whimsical eccentricities—these books are full of quirky antics and hilarity. So if you’re feeling whimsical yourself, you should run with that feeling and jump into the series anywhere you like and see whether Stephanie Plum is Team Ranger or Team Morelli at the moment! TURBO TWENTY-THREE is a perfect spot to find that peak randomness and as many laugh-out-loud moments as possible. Seriously. There’s an ice cream factory, an undercover mission, and Grandma Mazur has a new beau. Come for the love triangle, stay for all the ice cream Stephanie is trying not to eat on the job.