No summer reading list is really complete (in our humble opinion) without Mary Alice Monroe or Kristy Woodson Harvey. If you were to go look at all of the books they’ve written, you’d discover a treasure chest full of incredible Southern fiction perfect for accompanying you to the beach or the pool with a cocktail in hand and not a care in the world.

So when we started to think about putting together a list of books perfect for reading by the pool, we thought, “What do two queens of summer reading like to read?” And as it turns out, they were completely willing to tell us! Here are the books they recommend reading this summer. 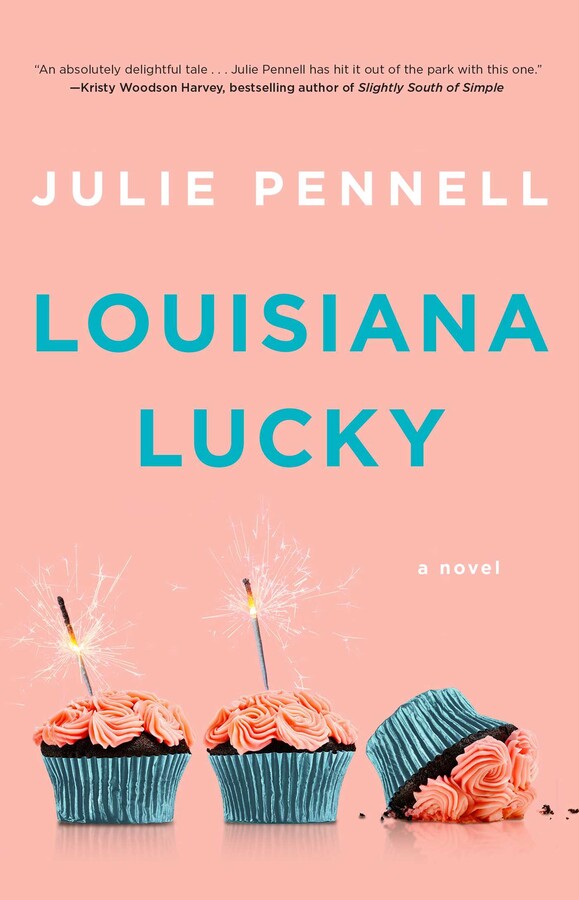 |+| Add to Your Shelf
Louisiana Lucky
by Julie Pennell

"A charming, funny, and poignant tale of three sisters who play the lottery every single week—and finally win. It's a fun, fresh, story that offers the perfect escape. I loved each of these sisters and her journey to find out what matters most." —Kristy Woodson Harvey 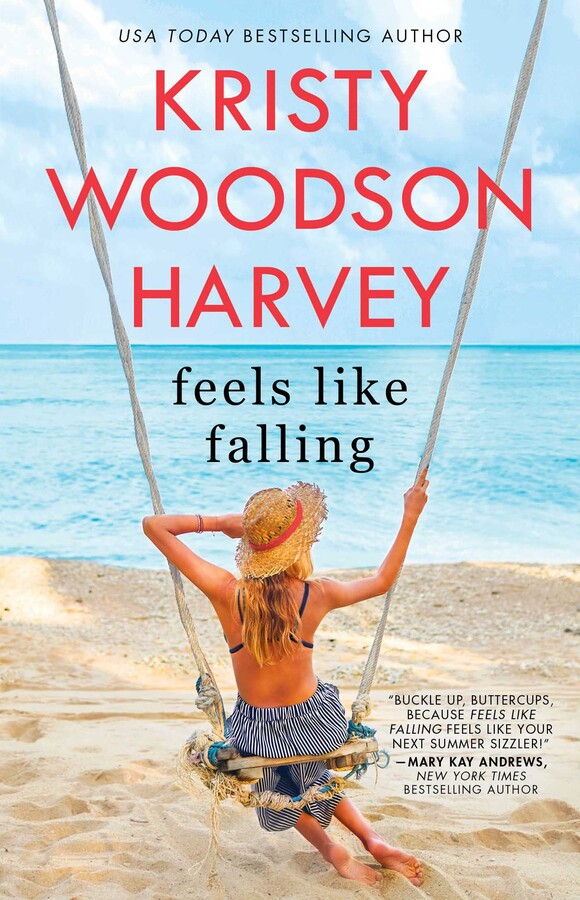 |+| Add to Your Shelf
Feels Like Falling
by Kristy Woodson Harvey

"This novel is about two Southern women doing their best to deal with everything life throws at them. Kristy keeps her books sparkling with dialogue!" —Mary Alice Monroe

|+| Add to Your Shelf
Feels Like Falling
Kristy Woodson Harvey

|+| Add to Your Shelf
Becoming Mrs. Lewis
by Patti Callahan

"Becoming Mrs. Lewis, the improbable love story of Joy Davidman and C.S. Lewis, is one of my favorite books and, now that it’s in paperback, it’s the perfect smart beach read! A great love story, and gorgeously written, it is historical fiction at its finest." —Kristy Woodson Harvey

|+| Add to Your Shelf
Hello, Summer
by Mary Kay Andrews

"In this novel, a small-town reporter digs into a story that becomes dangerous as an old heartbreaker reenters her life. It soon looks like their sleepy beach town is the most scandalous hotspot of the summer. The author, Mary Kay Andrews, knows mysteries and is laugh out loud funny." —Mary Alice Monroe 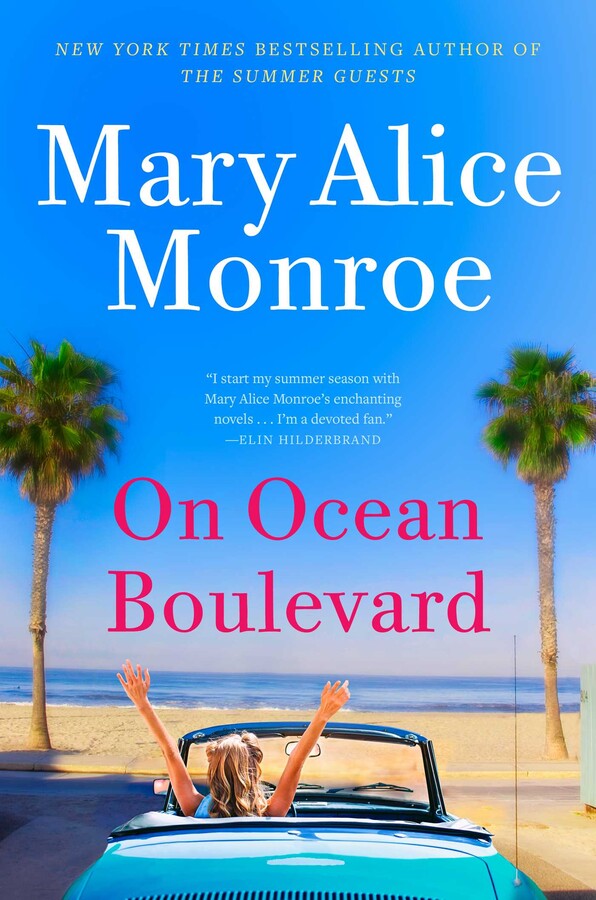 |+| Add to Your Shelf
On Ocean Boulevard
by Mary Alice Monroe

"Fans of The Beach House Series, rejoice! Mary Alice Monroe is back and better than ever with On Ocean Boulevard, a multigenerational story that follows the Rutledge family into its next chapter. I adore my extended family so this book in particular really grabbed me right away, and, of course, it is laden with Mary Alice’s signature stunning descriptions of the natural world." —Kristy Woodson Harvey

|+| Add to Your Shelf
On Ocean Boulevard
Mary Alice Monroe 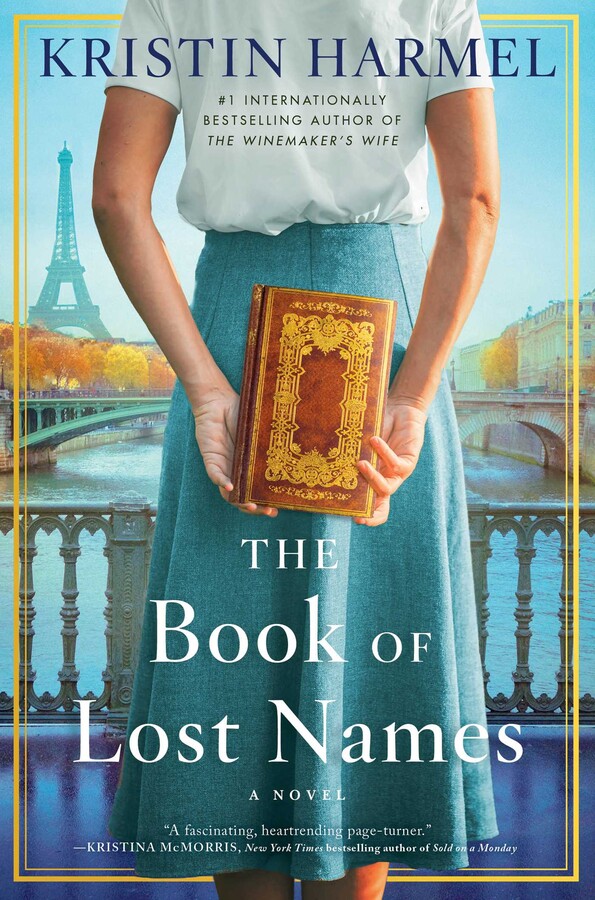 "Inspired by an astonishing true story from World War II, a young woman with a talent for forgery helps hundreds of Jewish children flee the Nazis. Kristin’s story will keep you turning the pages!" —Mary Alice Monroe

|+| Add to Your Shelf
The Book of Lost Names
Kristin Harmel

Inspired by an astonishing true story from World War II, a young woman with a talent for forgery helps hundreds of Jewish children flee the Nazis in this unforgettable historical novel from the international bestselling author of the “epic and heart-wrenching World War II tale” (Alyson Noel, #1 New York Times bestselling author) The Winemaker’s Wife.

Eva Traube Abrams, a semi-retired librarian in Florida, is shelving books one morning when her eyes lock on a photograph in a magazine lying open nearby. She freezes; it’s an image of a book she hasn’t seen in sixty-five years—a book she recognizes as The Book of Lost Names.

The accompanying article discusses the looting of libraries by the Nazis across Europe during World War II—an experience Eva remembers well—and the search to reunite people with the texts taken from them so long ago. The book in the photograph, an eighteenth-century religious text thought to have been taken from France in the waning days of the war, is one of the most fascinating cases. Now housed in Berlin’s Zentral- und Landesbibliothek library, it appears to contain some sort of code, but researchers don’t know where it came from—or what the code means. Only Eva holds the answer—but will she have the strength to revisit old memories and help reunite those lost during the war?

As a graduate student in 1942, Eva was forced to flee Paris after the arrest of her father, a Polish Jew. Finding refuge in a small mountain town in the Free Zone, she begins forging identity documents for Jewish children fleeing to neutral Switzerland. But erasing people comes with a price, and along with a mysterious, handsome forger named Rémy, Eva decides she must find a way to preserve the real names of the children who are too young to remember who they really are. The records they keep in The Book of Lost Names will become even more vital when the resistance cell they work for is betrayed and Rémy disappears.

An engaging and evocative novel reminiscent of The Lost Girls of Paris and The Alice Network, The Book of Lost Names is a testament to the resilience of the human spirit and the power of bravery and love in the face of evil.

Kristy Woodson Harvey is the author of FEELS LIKE FALLING and five other titles. Learn more info about her book here!

Mary Alice Monroe is the author of ON OCEAN BOULEVARD and more than twenty other books. Learn more info about her books here!