I scream, you scream, we all scream for books about ice cream! Whether you prefer vanilla or chocolate—or maybe you’re a fan of strawberry—there is no denying ice cream’s popularity. Our universal love for this frozen dessert has also made its way into literature, inspiring travel and new beginnings. If you’re a fan of this timeless summertime treat, these five books are essential to add to your TBR pile. 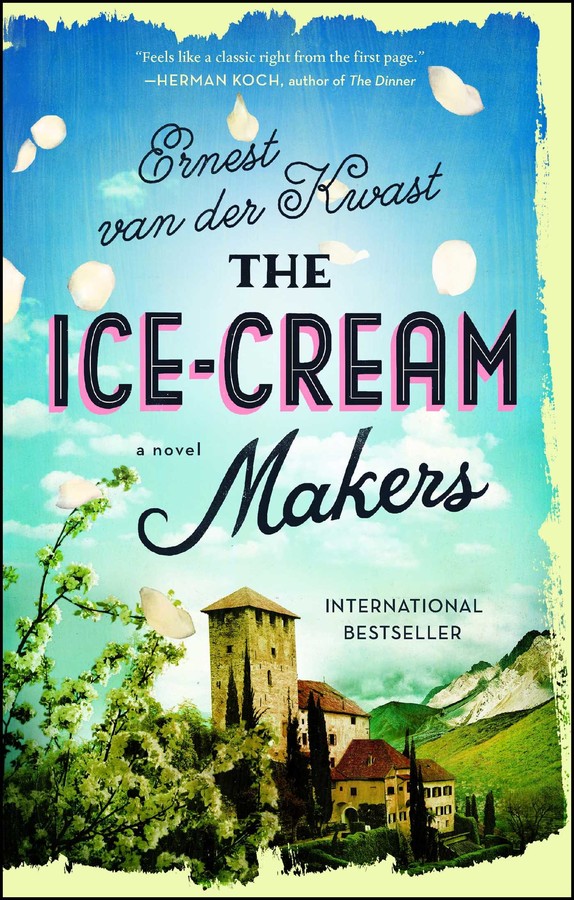 Set in Northern Italy and Rotterdam, THE ICE-CREAM MAKERS follows Giovanni Talamini as he grapples with the decision of whether to put his family’s needs before his own. The Talamini family is known for its ice-cream empire. However, Giovanni, the heir to the family business, decides to buck tradition and travel the world as a poet. When Giovanni receives a call from his brother, Luca, asking him to return home, Giovanni must decide whether to continue pursuing his dreams or return to the family business. A bonus for ice cream lovers: this book includes recipes!

In this “moving story of how sacrifices accumulate in the wake of passions left unfulfilled” (Publishers Weekly)—perfect for fans of Fredrik Backman and Lisa Genova—a poet must decide if he should put his family’s or his own needs first when he returns to Italy help run the family business he left behind years ago.

As the heir to a proud Northern Italian ice-cream dynasty, Giovanni Talamini’s family is none too happy when he decides to break with tradition and travel the world as a poet. So when Giovanni receives an unexpected call from his brother, he is faced with a difficult decision: return home to serve in his family’s interests or continue on his own path in life once and for all?

In a heartwarming tale that weaves history with lore and poetry with delicious recipes, The Ice-Cream Makers paints a century-long, multigenerational portrait of a family wrestling with their identity and how to ensure their legacy. This is a “delightful read; smooth as ice cream on a hot summer day” (Kirkus Reviews).

We All Scream for Books About Ice Cream: 5 Delicious Novels Cooling Us Off on Hot Days 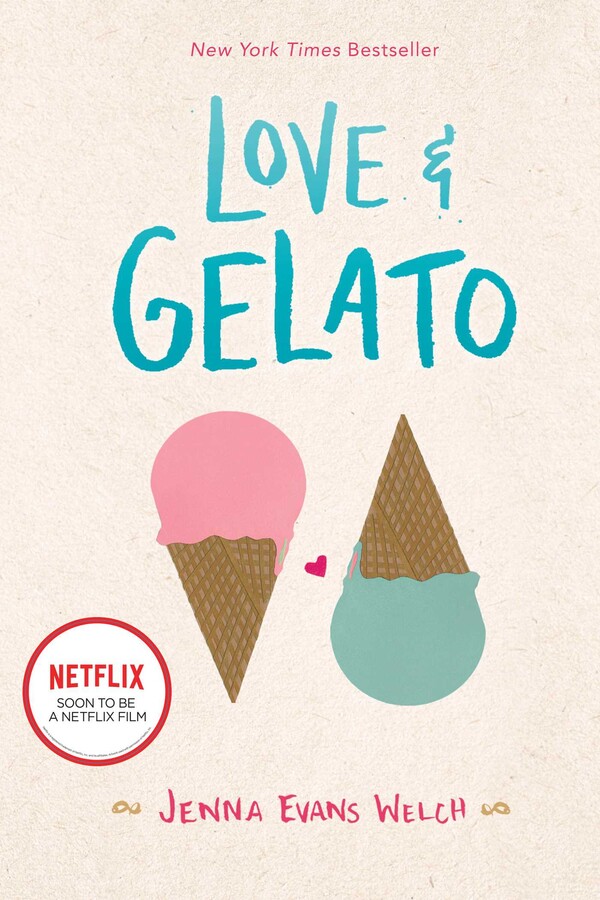 |+| Add to Your Shelf
Love & Gelato
by Jenna Evans Welch

It’s no secret that Italy is the gelato capital of the world, making it the perfect setting for a book for ice cream lovers. Lina is told that people come to Italy for love and gelato, but often discover something else. Lina isn’t sure what that “something else” is. All she knows is that, while she would rather be home, she is in Tuscany to try to fulfill her mother’s dying wish that she get to know her father. However, when she is given a journal kept by her mom when she lived in Italy, Lina begins to trace her mother’s steps and soon discovers her “something else”: a hidden family secret.

A summer in Italy turns into a road trip across Tuscany in this sweeping debut novel filled with romance, mystery, and adventure.

Lina is spending the summer in Tuscany, but she isn’t in the mood for Italy’s famous sunshine and fairy-tale landscape. She’s only there because it was her mother’s dying wish that she get to know her father. But what kind of father isn’t around for sixteen years? All Lina wants to do is get back home.

But then Lina is given a journal that her mom had kept when she lived in Italy. Suddenly Lina’s uncovering a magical world of secret romances, art, and hidden bakeries. A world that inspires Lina, along with the ever-so-charming Ren, to follow in her mother’s footsteps and unearth a secret that has been kept for far too long. It’s a secret that will change everything Lina knew about her mother, her father—and even herself.

People come to Italy for love and gelato, someone tells her, but sometimes they discover much more.

Kirkus Reviews called Love & Gelato “a sure bet for fans of romance fiction,” while VOYA said readers “will find it difficult to put this book down.” Readers are about to discover a new place, a new romance, and a new talent. 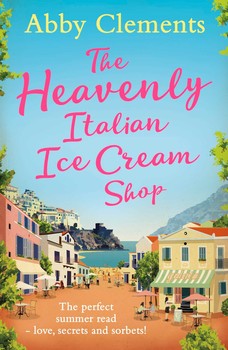 A perfect summer read, THE HEAVENLY ITALIAN ICE CREAM SHOP is an escapist tale set in Southern Italy that follows two sisters: Anna and Imogen. Anna and her husband, Matteo, have been running their ice cream shop on the English seaside for a year and a half when Matteo begins to get homesick for Italy. Soon, Anna and Matteo pack their bags and open a new shop in Sorrento. When Matteo’s overbearing family becomes more involved in the business, will their sweet experience turn sour? Meanwhile, Imogen’s life is picture-perfect as she lives with her boyfriend, Finn, on the English coast and her photography is on the rise. However, as her career stalls, she sights set on Capri and she can’t get a man from her past out of her head . . .

Love, secrets, and sorbets abound in The Heavenly Italian Ice Cream Shop—a perfect summer read that will delight fans of food and romance.

Anna and her husband Matteo are ready to embark a delicious Italian adventure. After a year and a half running their ice cream shop on Brighton beach and raising their baby Isabella, Matteo is starting to miss Italy. A shared passion for ices means it’s easy to settle on a new business idea— they’ll open a shop in Sorrento’s cobbled square, a short walk from the sparkling blue sea. For a while, life is sweet; but then Matteo’s overbearing family get involved…

Anna’s younger sister Imogen feels like things are finally coming together—she’s living with her boyfriend Finn in a beach house in Brighton, and her photography is taking off. Then her career stalls, and the lure of Capri—and a man from her past—prove difficult to resist. 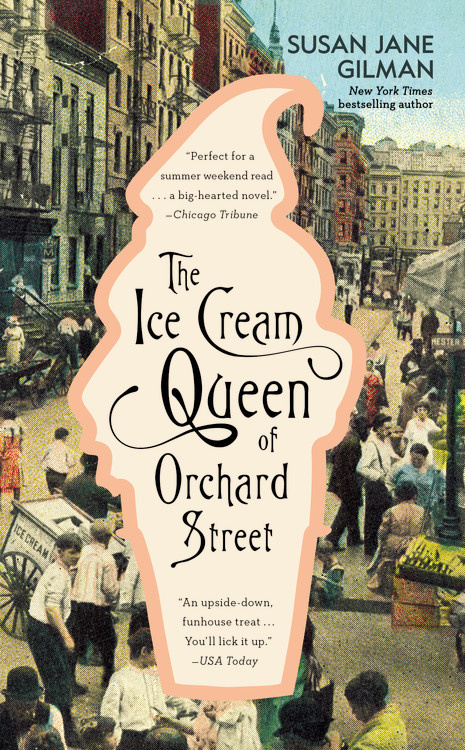 If you like your ice cream served with a side of historical fiction, Susan Jane Gilman’s THE ICE CREAM QUEEN OF ORCHARD STREET is the treat that can’t be beat! In this novel, thirteen-year-old Malka Treynovsky emigrates from Russia to the United States after she tricks her parents into buying tickets to America. Soon however, she is left crippled and abandoned on the Lower East Side and is taken in by an Italian family that specializes in making ice cream. As she learns the tricks of the trade, she meets the fiercely radical Albert, and together they trek across the country in an ice cream truck. Through the couple’s cross-country adventures, Malka reinvents herself as Lillian Dunkle, noted ice cream entrepreneur and beloved television personality.

Malka Treynovsky flees Russia with her family in 1913, only to be crippled and abandoned in the streets of New York shortly after she arrives. Taken in by an Italian ice peddler on the Lower East Side, she soon learns the tricks of his trade and sets off across the country in an ice cream truck. Along the way, she creates an empire and transforms into Lillian Dunkle, “The Ice Cream Queen.”

We All Scream for Books About Ice Cream: 5 Delicious Novels Cooling Us Off on Hot Days

Coming to America: 13 Immigrant Stories That Represent Our History 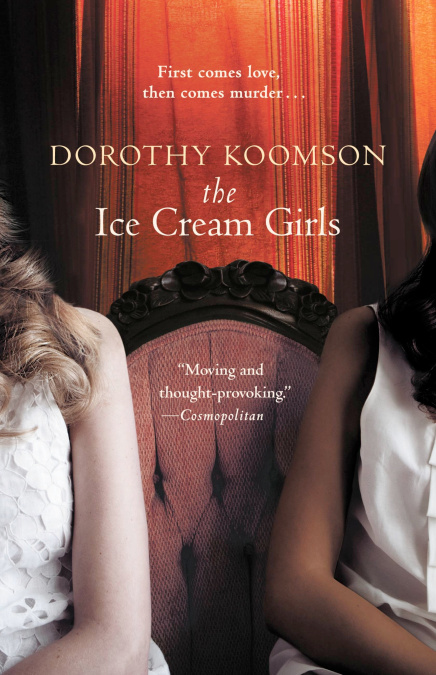 |+| Add to Your Shelf
The Ice Cream Girls
by Dorothy Koomson

If you like your books as chilling as your ice cream, Dorothy Koomson’s THE ICE CREAM GIRLS delivers. When Marcus, a high school teacher, is murdered, the trial of Poppy Carlisle and Serena Gorringe begins, and is quickly sensationalized by the media. Dubbed “the ice cream girls” after a picture of the two eating ice cream on the beach appears, the trial concludes with Poppy being sent to prison and Serena being set free.  Twenty years later, Poppy is released, resolved to restore her reputation and determined to confront Serena about the night’s events. Serena, married with two children, is determined to keep her past under wraps, but Poppy’s resolution may make it impossible for Serena to keep her secrets. As events from the women's pasts are revealed, Koomson shows that the media’s version of the story may not have been what it seemed.

|+| Add to Your Shelf
The Ice Cream Girls
Dorothy Koomson