I know I’m not the only one fascinated by historical fiction, specifically WWII fiction. Sometimes it feels as though the majority of WWII fiction takes place in Europe or the UK, when in fact the entire world was deeply impacted by this war. Japan’s own unique culture, for example, was deeply influenced by this turning point in history and makes for a fascinating setting. If you’re looking for a unique WWII story that takes place in Japan, then I recommend checking out these five reads. 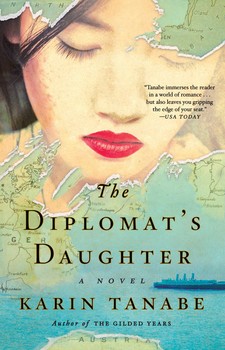 |+| Add to Your Shelf
The Diplomat's Daughter
by Karin Tanabe

Unlike most love stories set against the horrific backdrop of WWII, this one has a unique setting: a Japanese internment camp in Texas. There Emi, the daughter of a Japanese diplomat, meets Christian, an American with German-born parents. Together, they prove that love can bloom even in some of the most turbulent times. But all that changes when Emi and her mother are deported back to Japan. Christian enlists in hopes of going to the Pacific front and being reunited with Emi. He doesn’t know that Emi’s first love, a Jewish refugee in Shanghai, may still have her heart. This book is so full of passion as Leo, Emi, and Christian are flung together by the war in this truly beautiful story.

|+| Add to Your Shelf
The Diplomat's Daughter
Karin Tanabe

For fans of All the Light We Cannot See and Orphan Train, the author of the “thought-provoking” (Library Journal, starred review) and “must-read” (PopSugar) novel The Gilded Years crafts a captivating tale of three young people divided by the horrors of World War II and their journey back to one another.

During the turbulent months following the 1941 bombing of Pearl Harbor, twenty-one-year-old Emi Kato, the daughter of a Japanese diplomat, is locked behind barbed wire in a Texas internment camp. She feels hopeless until she meets handsome young Christian Lange, whose German-born parents were wrongfully arrested for un-American activities. Together, they live as prisoners with thousands of other German and Japanese families, but discover that love can bloom in even the bleakest circumstances.

When Emi and her mother are abruptly sent back to Japan, Christian enlists in the United States Army, with his sights set on the Pacific front—and, he hopes, a reunion with Emi—unaware that her first love, Leo Hartmann, the son of wealthy of Austrian parents and now a Jewish refugee in Shanghai, may still have her heart.

Fearful of bombings in Tokyo, Emi’s parents send her to a remote resort town in the mountains, where many in the foreign community have fled. Cut off from her family, struggling with growing depression and hunger, Emi repeatedly risks her life to help keep her community safe—all while wondering if the two men she loves are still alive.

As Christian Lange struggles to adapt to life as a soldier, his unit pushes its way from the South Pacific to Okinawa, where one of the bloodiest battles of World War II awaits them. Meanwhile, in Japanese-occupied Shanghai, as Leo fights to survive the squalor of the Jewish ghetto, a surprise confrontation with a Nazi officer threatens his life. For each man, Emi Kato is never far from their minds.

Flung together by war, passion, and extraordinary acts of selflessness, the paths of these three remarkable young people will collide as the fighting on the Pacific front crescendos. With her “elegant and extremely gratifying” (USA TODAY) storytelling, Karin Tanabe paints a stunning portrait of a turning point in history. 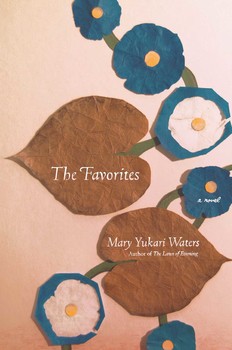 |+| Add to Your Shelf
The Favorites
by Mary Yukari Waters

I think what really spoke to me in THE FAVORITES was the complex relationship between Sarah and her mother as well as her grandmother and her aunts. I am very close to my own mother and greatly value the power and beauty of that relationship. THE FAVORITES follows half-American, half-Japanese Sarah Rexford, who always feels like an outsider when she visits her family in Japan. While Sarah’s story does not take place during WWII, she quickly learns that during the war, her grandmother was forced to give up one of her daughters for adoption. The child was adopted by her grandmother’s sister-in-law, and the siblings were raised as cousins. Now the secret is never discussed, despite the weight that it places on both households.

|+| Add to Your Shelf
The Favorites
Mary Yukari Waters

From an award-winning author whose debut story collection received unprecedented praise, comes an elegant novel about mothers and daughters, secrets and silences, and familial bonds in a culture where custom dictates behavior.

In her exquisite first novel, Mary Yukari Waters explores the complex relationships among three generations of women bound by a painful family history.

Fourteen-year-old Sarah Rexford, half-Japanese and half-American, feels like an outsider when she visits her family in Japan. She quickly learns that in traditional Kyoto, personal boundaries are firmly drawn and actions are not always what they appear.

In the midst of her acculturation, Sarah learns of a family secret. During World War II, her grandmother was forced to give up one of her daughters for adoption. The child was adopted by the grandmother’s sister-in-law, and the siblings were brought up as cousins, growing up on the same lane where both the biological and adoptive mother lived. Even into the present, the arrangement is never discussed. But as Sarah learns, its presence looms over the two houses. In this carefully articulated world, where every gesture and look has meaning, Sarah must learn the rules by which her mother, aunts, and grandmother live.

Delicately balancing drama and restraint as only few writers can, Waters captures these women—their deep passions and tumultuous histories—in this tender and moving novel about the power, beauty, and importance of mother-daughter relationships. 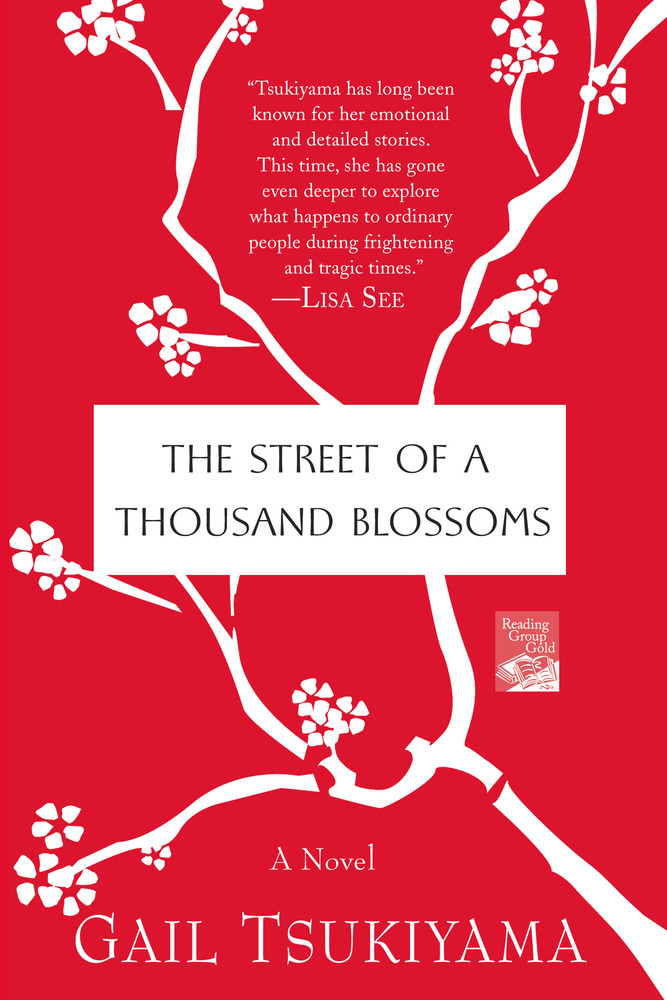 Tsukiyama has such a beautiful and peaceful written voice that makes this tender and heartbreaking story all the more powerful. THE STREET OF A THOUSAND BLOOMS begins in 1939 with two orphaned brothers, Hiroshi and Kenji, being raised by their grandparents. Hiroshi is a talented wrestler who has just received an invitation to train with Sho Tanaka and Kenji begins an apprenticeship with the most famous mask-maker in Japan when Pearl Harbor changes everything. The effects of the war slowly take over their quiet neighborhoods, forcing everyone to put their dreams on hold. Tsukiyama’s exquisite story of loss and hope spans from pre- to post-WWII Japan. This poetic and haunting book will stay with you long after you finish the last page

Tokyo, 1939. Two orphaned brothers have dreams rooted in Japanese tradition but live in a world on the brink of war. This tale of ritual and change, loss and renewal, and love and family is a powerfully moving work of historical fiction. 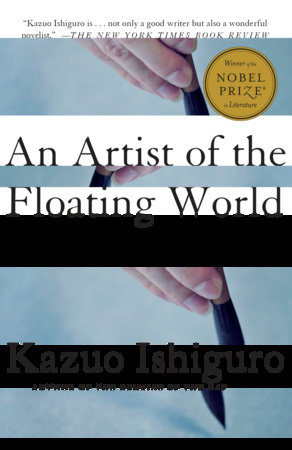 Ishiguro creates an unreliable narrator and the haunting feeling of guilt as a retired imperialist artist struggles to come to terms with his past and his influence in WWII. Now that Japan has lost the war, Ono’s reputation is ruined, and he struggles to retell the story of his life as a member of the Floating World where he spent his youth. This story is so remarkably human in the sense that we are all unreliable narrators in terms of our own lives and our own mistakes. Every villain thinks they’re the hero of their own story in the sense that we often cannot see when we have made the wrong decisions, but Ono is forced to reckon with those ideas after the war. 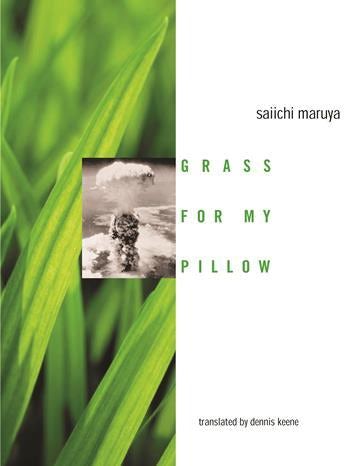 |+| Add to Your Shelf
Grass For My Pillow
by Saiichi Maruya

There is no denying that this is a challenging story to read, but one that is wholly unique and memorable, as Maruya deals with the very taboo and dangerous subject of draft dodging in WWII Japan. GRASS FOR MY PILLOW follows Hamada, an objector who dodged military service by disappearing from society and living as a peddler until the end of the war. The story takes place in 1965, when Hamada is now a clerk at a very conservative university and present events force the secret of his past to the surface.

|+| Add to Your Shelf
Grass For My Pillow
Saiichi Maruya