Families come in all shapes and sizes, but despite the different lives we all experience at home, one thing is for sure: your family’s history shapes the person you become. The characters in these stories reconcile with deep-rooted family secrets and form everlasting bonds between their expansive family. The more family members, the greater the adventure—and the largeness of these literary families plays a crucial part in their stories. Here are eight books, each complete with large family trees. 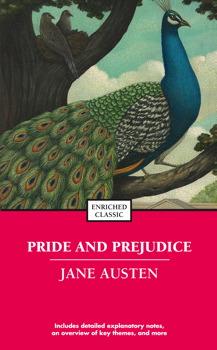 |+| Add to Your Shelf
Pride and Prejudice
by Jane Austen

This classic English family will win over the hearts of any reader. Jane Austen’s PRIDE AND PREJUDICE follows the Bennet family, comprised of five sisters. Their story, both humorous and timeless, touches on social status and complex relationships set in nineteenth-century England. As romantic partnerships unfold, friendships blossom, and families grow, this large family intertwines their lives with an array of laughable and loveable characters.

|+| Add to Your Shelf
Pride and Prejudice
Jane Austen

Enriched Classics offer readers accessible editions of great works of literature enhanced by helpful notes and commentary. Each book includes educational tools alongside the text, enabling students and readers alike to gain a deeper and more developed understanding of the writer and their work.

It is a truth universally acknowledged, that a single man in possession of a good fortune, must be in want of a wife.

The first sentence of Jane Austen’s Pride and Prejudice is among the most quoted in literature, and sets up the humorous and ultimately timeless tale of proper English society, unspoken intentions, and true love acquired. Pride and Prejudice is a classic that adeptly traces the intricacies of social status, manners, and relationship rituals in nineteenth-century England, through which all the love between Elizabeth Bennet and Mr. Darcy eventually blossoms.

Enriched Classics enhance your engagement by introducing and explaining the historical and cultural significance of the work, the author’s personal history, and what impact this book had on subsequent scholarship. Each book includes discussion questions that help clarify and reinforce major themes and reading recommendations for further research.

Anatomy of a TBR: 7 Books I’m Excited to Read Next

Reads for Taurus Season: 5 Books for the Steadfast and Stubborn

|+| Add to Your Shelf
Little Women
by Louisa May Alcott

Each sister in the Marsh family has her own defining characteristics that set her apart from the others. As you read through their story, you’ll feel as though the four sisters are your own. Between their struggle to survive in New England during the Civil War and their uniting bond of sisterhood, LITTLE WOMEN is a classic that has withstood the test of time.

|+| Add to Your Shelf
Little Women
Louisa May Alcott

The wonderful story of the March sisters Meg, Jo, Beth and Amy and their wonderful Marmee and their joys and mishaps they face as young women and as a family. Based on Louise May Alcott's childhood, this lively portrait of nineteenth-century family life possesses a lasting vitality that has endeared it to generations of readers.

9 Books to Give to Important Women in Your Life

10 Books That Will Make You Feel At Home, No Matter Where You Are 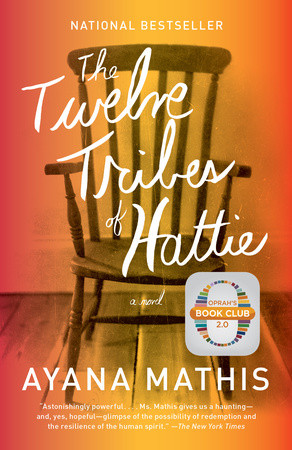 THE TWELVE TRIBES OF HATTIE tells the tale of the Great Migration through the eyes of a large, unforgettable family. At fifteen years old in the early 1920s, Hattie Shepherd flees Georgia and settles in Philadelphia, where she marries a disappointing man who watches helplessly as Hattie’s first-born twins fall ill. She will give birth to nine more children throughout the story and raise them with grit and courage as she prepares them for the unkindness in the world. This novel emotionally portrays a life of survival in the face of near-insurmountable adversity.

|+| Add to Your Shelf
The Twelve Tribes of Hattie
Ayana Mathis

This debut of extraordinary distinction tells the story of the children of the Great Migration through the trials of one unforgettable family. Beautiful, devastating, and blazing with life, this novel is a searing portrait of surviving in the face of insurmountable adversity.

11 Books to Read While You Wait for Oprah’s Memoir 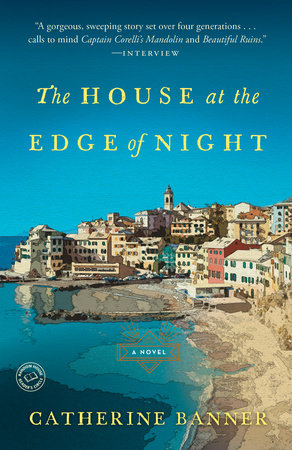 THE HOUSE AT THE EDGE OF THE NIGHT follows four generations of a family, set on an enchanting island off the coast of Italy. At the center of this island is a café where generations of families gather to gossip about the town. The Esposito family is at the heart of this story, as the people of the island are transformed by two world wars surrounding them. Between rivals, friendships, threats, and forgiveness, the expansive family on Castellamare Island come together to create a magical and richly captivating novel. 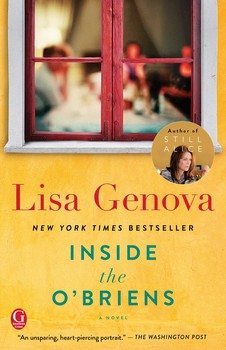 |+| Add to Your Shelf
Inside the O'Briens
by Lisa Genova

As a police officer in an Irish Catholic town in Massachusetts, Joe O’Brien attributes his temper outbursts and strange behaviors to the stress of his job. But when his symptoms worsen, he decides to see a neurologist and finds out news that will change his life forever: he has Huntington’s Disease. With no treatment and no cure, Joe turns to his family as symptoms escalate. To make matters worse, each of his four children has a 50 percent chance of inheriting this awful disease. As the family watches their father deteriorate, the children must also grapple with their own unknown fate.

|+| Add to Your Shelf
Inside the O'Briens
Lisa Genova

From New York Times bestselling author and neuroscientist Lisa Genova comes a “heartbreaking…very human novel” (Matthew Thomas, author of We Are Not Ourselves) that does for Huntington’s disease what her debut novel Still Alice did for Alzheimer’s.

Joe O’Brien is a forty-three-year-old police officer from the Irish Catholic neighborhood of Charlestown, Massachusetts. A devoted husband, proud father of four children in their twenties, and respected officer, Joe begins experiencing bouts of disorganized thinking, uncharacteristic temper outbursts, and strange, involuntary movements. He initially attributes these episodes to the stress of his job, but as these symptoms worsen, he agrees to see a neurologist and is handed a diagnosis that will change his and his family’s lives forever: Huntington’s disease.

Huntington’s is a lethal neurodegenerative disease with no treatment and no cure, and each of Joe’s four children has a 50 percent chance of inheriting their father’s disease. While watching her potential future in her father’s escalating symptoms, twenty-one-year-old daughter Katie struggles with the questions this test imposes on her young adult life. As Joe’s symptoms worsen and he’s eventually stripped of his badge and more, Joe struggles to maintain hope and a sense of purpose, while Katie and her siblings must find the courage to either live a life “at risk” or learn their fate.

Praised for writing that “explores the resilience of the human spirit” (San Francisco Chronicle), Lisa Genova has once again delivered a novel as powerful and unforgettable as the human insights at its core.

8 Unique Picks for a Book Club Ready to Branch Out 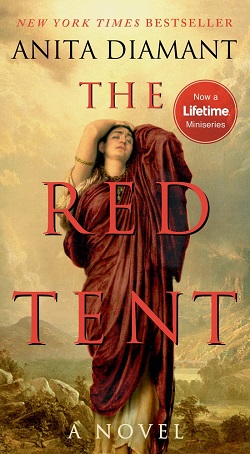 |+| Add to Your Shelf
The Red Tent
by Anita Diamant

Told from Dinah’s voice, THE RED TENT goes in-depth into the traditions of ancient womanhood. The story begins with her mothers, the four wives of Jacob. Dinah’s life is only hinted at in the biblical story of the Book of Genesis, but through this novel readers learn about her hard-working youth and settlement into a new land. THE RED TENT reaches further into history to tell an intimate and affecting story about biblical women’s society.

|+| Add to Your Shelf
The Red Tent
Anita Diamant

12 Historical Novels to Transport You to Uncommon Eras 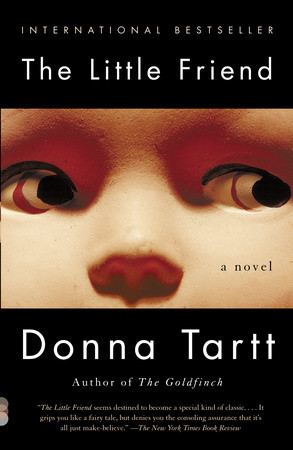 |+| Add to Your Shelf
The Little Friend
by Donna Tartt

Donna Tartt’s novel is set in Alexandria, Mississippi where a little boy, Robin, was found hanging from a tree in his parent’s yard. Ten years later, his murder is still unsolved. In an attempt to find answers, Robin’s sister, Harriet, dives deep into her town’s secrets and her family’s rich history of loss. She quickly realizes that the Ratcliff family, complete with six children, must have something to do with Robin’s murder. The juxtaposition between the Ratcliffs’ tumultuous relationships and Harriet’s emotionally damaged family offers a glimpse into complex family dynamics.

|+| Add to Your Shelf
The Little Friend
Donna Tartt

If you’ve read and loved THE GOLDFINCH and THE SECRET HISTORY, the novel Tartt wrote in between is perfect for your 2016 pile. In Alexandria, Mississippi, a woman named Harriet sets out to uncover why her brother died twelve years before, but to do so she must confront family secrets and her town’s rigid lines of race and class.

7 Unhinged Narrators Who Will Haunt Your Dreams 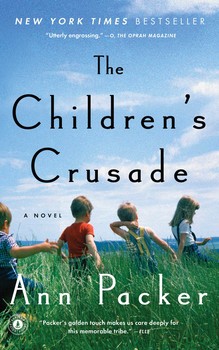 |+| Add to Your Shelf
The Children's Crusade
by Ann Packer

THE CHILDREN’S CRUSADE explores the buried secrets and everlasting wounds of one big California family over the course of five decades. Bill Blair takes a chance on purchasing a plot of land in San Francisco, where he and his wife, Penny, raise four children and Penny finds solace in art. Flash forward thirty years, the children are all grown. When the youngest returns after some time apart, the siblings are again forced to face his constant troubling personality as they struggle to face the family’s future. One by one, each sibling takes a turn telling their story, interweaving crucial points of family history to paint a portrait of who they have become.

|+| Add to Your Shelf
The Children's Crusade
Ann Packer

From New York Times bestselling, award-winning author Ann Packer, a “tour de force family drama” (Elle) that explores the secrets and desires, the remnant wounds and saving graces of one California family, over the course of five decades.

Bill Blair finds the land by accident, three wooded acres in a rustic community south of San Francisco. The year is 1954, long before anyone will call this area Silicon Valley. Struck by a vision of his future family, Bill buys the property and proposes to Penny Greenway, a woman whose yearning attitude toward life appeals to him. In less than a decade they have four children. Yet Penny is a mercurial housewife, overwhelmed and undersatisfied, chafing at the conventions confining her.

Years later, the three oldest Blair children, adults now and still living near the family home, are disrupted by the return of the youngest, whose sudden presence sets off a struggle over the family’s future. One by one, they tell their stories, which reveal Packer’s “great compassion for her characters, with their ancient injuries, their blundering desires. The way she tangles their perspectives perfectly, painfully captures the tumult of selves within a family” (MORE Magazine).

Reviewers have praised Ann Packer’s “brilliant ear for character” (The New York Times Book Review) and her “naturalist’s vigilance for detail, so that her characters seem observed rather than invented” (The New Yorker). Her talents are on dazzling display in The Children’s Crusade, “an absorbing novel that celebrates family even as it catalogs its damages” (People, Book of the Week). This is a “superb storyteller” (San Francisco Chronicle), Ann Packer’s most deeply affecting book yet, “tragic and utterly engrossing” (O, The Oprah Magazine).