Ahhh, it’s that wonderful time of year again—I’m obviously talking about when we wrap up our 2019 reading challenges and ponder what reading goals we want to set for ourselves in 2020. For a bookish nerd like myself with a To Be Read list a mile long, this is both an exciting and stressful time. After attending the Well-Read Black Girl Festival earlier this year, I decided that in 2020 I would make a conscious effort to read more writers of color—and thus my new reading goal was born. This year, my goal will be to read fifty books in total, with at least forty-five of them having been written by a person of color and/or featuring a primary character of color. I’m excited to finally dedicate time to reading newer authors of color, as well as diving into the classic works of writers like Toni Morrison and Jacqueline Woodson.

Here are a few of the titles and authors I’m looking forward to reading and highlighting in 2020. 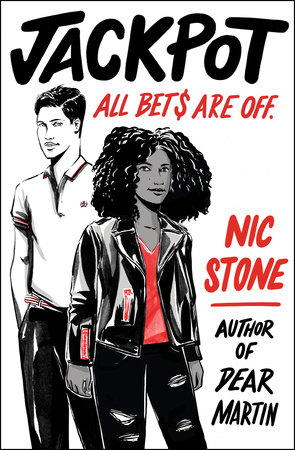 |+| Add to Your Shelf
Jackpot
by Nic Stone

Oh, Nic Stone, my namesake and fellow sneaker head. This pick is incredibly self-serving because I’ve had the pleasure of connecting with Nic on several occasions, and while she’s an incredible writer, she’s an even better person. At the time of this writing, Jackpot is her most recently published title, but homegirl has several books slated to come out in 2020, including a middle grade story about Shuri. Yes, that Shuri. In Jackpot, Nic examines the complicated and intertwined issues of class and privilege, with an added dash of romance. I can’t wait to see how this one plays out. 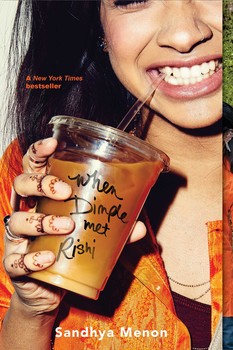 |+| Add to Your Shelf
When Dimple Met Rishi
by Sandhya Menon

Call me a romantic, but I’m a sucker for a YA rom-com. This book has been described as Eleanor & Park meets Bollywood, and I don’t think there’s ever been a description that has called to me more strongly. As a child of two West Indian parents, I know how much parental expectations can influence daily life and decisions. I love reading about how different cultures handle the universal life experiences of growing up, becoming an adult, and ultimately making choices that will affect our whole lives. I’m most looking forward to learning about these experiences through Sandhya Menon’s unique perspective.

|+| Add to Your Shelf
When Dimple Met Rishi
Sandhya Menon

The rom-com everyone’s talking about! Eleanor & Park meets Bollywood in this hilarious and heartfelt novel about two Indian-American teens whose parents conspire to arrange their marriage.

Dimple Shah has it all figured out. With graduation behind her, she’s more than ready for a break from her family, from Mamma’s inexplicable obsession with her finding the “Ideal Indian Husband.” Ugh. Dimple knows they must respect her principles on some level, though. If they truly believed she needed a husband right now, they wouldn’t have paid for her to attend a summer program for aspiring web developers…right?

Rishi Patel is a hopeless romantic. So when his parents tell him that his future wife will be attending the same summer program as him—wherein he’ll have to woo her—he’s totally on board. Because as silly as it sounds to most people in his life, Rishi wants to be arranged, believes in the power of tradition, stability, and being a part of something much bigger than himself.

The Shahs and Patels didn’t mean to start turning the wheels on this “suggested arrangement” so early in their children’s lives, but when they noticed them both gravitate toward the same summer program, they figured, Why not?

Dimple and Rishi may think they have each other figured out. But when opposites clash, love works hard to prove itself in the most unexpected ways. 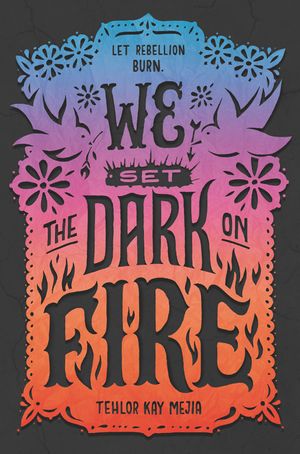 We’re not supposed to judge books by their covers, but this one drew me in immediately. Several friends recommended this book to me because of its queerness, political themes, and applicability to what’s going on in our country right now. The main character, Daniela Vargas, has been sent to the Medio School for Girls, where she’s expected to graduate into luxury and comfort. But her acceptance to the school was based on a lie, and she must hide the truth or else she’ll be sent back to a life of famine and poverty. Another exploration of class structure, this title will surely be on my mind long after I finish it. 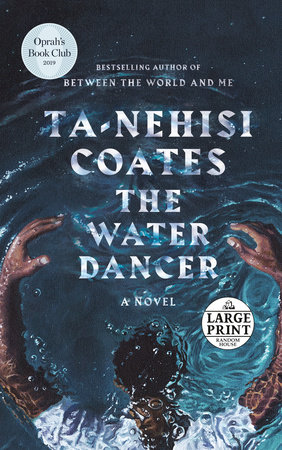 |+| Add to Your Shelf
The Water Dancer
by Ta-Nehisi Coates

Ta-Nehisi Coates’s book Between the World and Me changed my life. It altered the way I look at and think about blackness, black bodies, and the way those things are treated in our society. Naturally, when I saw he was publishing his first novel, I knew it would shoot to the top of my TBR list. A work of historical fiction, The Water Dancer takes us along with Hiram Walker as he escapes the only home he’s ever known. It feels right to bookend this list with nonfiction and fictional depictions of slavery, with an added touch of Coates’s magical realism.

|+| Add to Your Shelf
The Water Dancer
Ta-Nehisi Coates 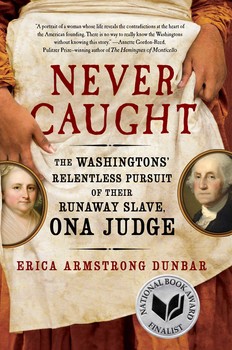 We all think we know the story of George Washington. Admittedly, though, I was shocked to learn about Ona Judge, a woman enslaved by Washington who decided that rather than be sent to the South to continue her life of enslavement, she would run away to New England. Erica Armstrong Dunbar takes us on Ona’s journey as Washington leads an intense manhunt to get her back. American slavery is always difficult to read about, but it’s a painful part of our history that I personally want to dive deeper into.

This collection of stories has been on my TBR list since it was published. In a series of stories, Nafissa Thompson-Spires sheds light on many different aspects of black life. One story I’m particularly interested in reading is that of a young girl who struggles with the divide between her upper-middle-class upbringing and her desire to fully connect with so-called black culture, which is something that I relate to on an incredibly deep level. Winner of various literary prizes, including the PEN Open Book Award, Heads of the Colored People is sure to be a collection I return to again and again.

Calling to mind the best works of Paul Beatty and Junot Díaz, this collection of moving, timely, and darkly funny stories examines the concept of black identity in this so-called post-racial era.

A stunning new talent in literary fiction, Nafissa Thompson-Spires grapples with black identity and the contemporary middle class in these compelling, boundary-pushing vignettes.

Each captivating story plunges headfirst into the lives of new, utterly original characters. Some are darkly humorous—from two mothers exchanging snide remarks through notes in their kids’ backpacks, to the young girl contemplating how best to notify her Facebook friends of her impending suicide—while others are devastatingly poignant—a new mother and funeral singer who is driven to madness with grief for the young black boys who have fallen victim to gun violence, or the teen who struggles between her upper middle class upbringing and her desire to fully connect with black culture.

Thompson-Spires fearlessly shines a light on the simmering tensions and precariousness of black citizenship. Her stories are exquisitely rendered, satirical, and captivating in turn, engaging in the ongoing conversations about race and identity politics, as well as the vulnerability of the black body. Boldly resisting categorization and easy answers, Nafissa Thompson-Spires is an original and necessary voice in contemporary fiction.

8 Books We Can’t Stop Thinking About