From the comedic adventures of Mary Higgins Clark’s and Carol Higgins Clark’s notorious sleuths to the dark exploration of the relationship between Ebenezer Scrooge and Jacob Marley, these books fill the holidays with suspense and thrills. Read on to add a little holiday suspense to the season. 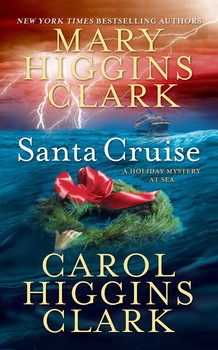 |+| Add to Your Shelf
Santa Cruise
by Mary Higgins Clark

Alvirah Meehan, lottery winner turned amateur sleuth, and private investigator Regan Reilly are guests, along with their spouses, on the “Santa Cruise.” Alvirah, Regan, and her new husband Jack—head of the NYPD Major Case Squad—are joined as guests on the cruise by a mystery fan convention, celebrating “a ghost of honor,” as well as ten men who donated time playing Santa Claus, now hoping for a restful post-season. That tranquility vanishes when two Santa suits disappear from a locked room, a storm develops, and an attempt is made on a passenger’s life. As the Royal Mermaid sails through troubled waters, Alvirah, Regan, and Jack uncover clues that lead them to dangerous criminals not on the original guest list. 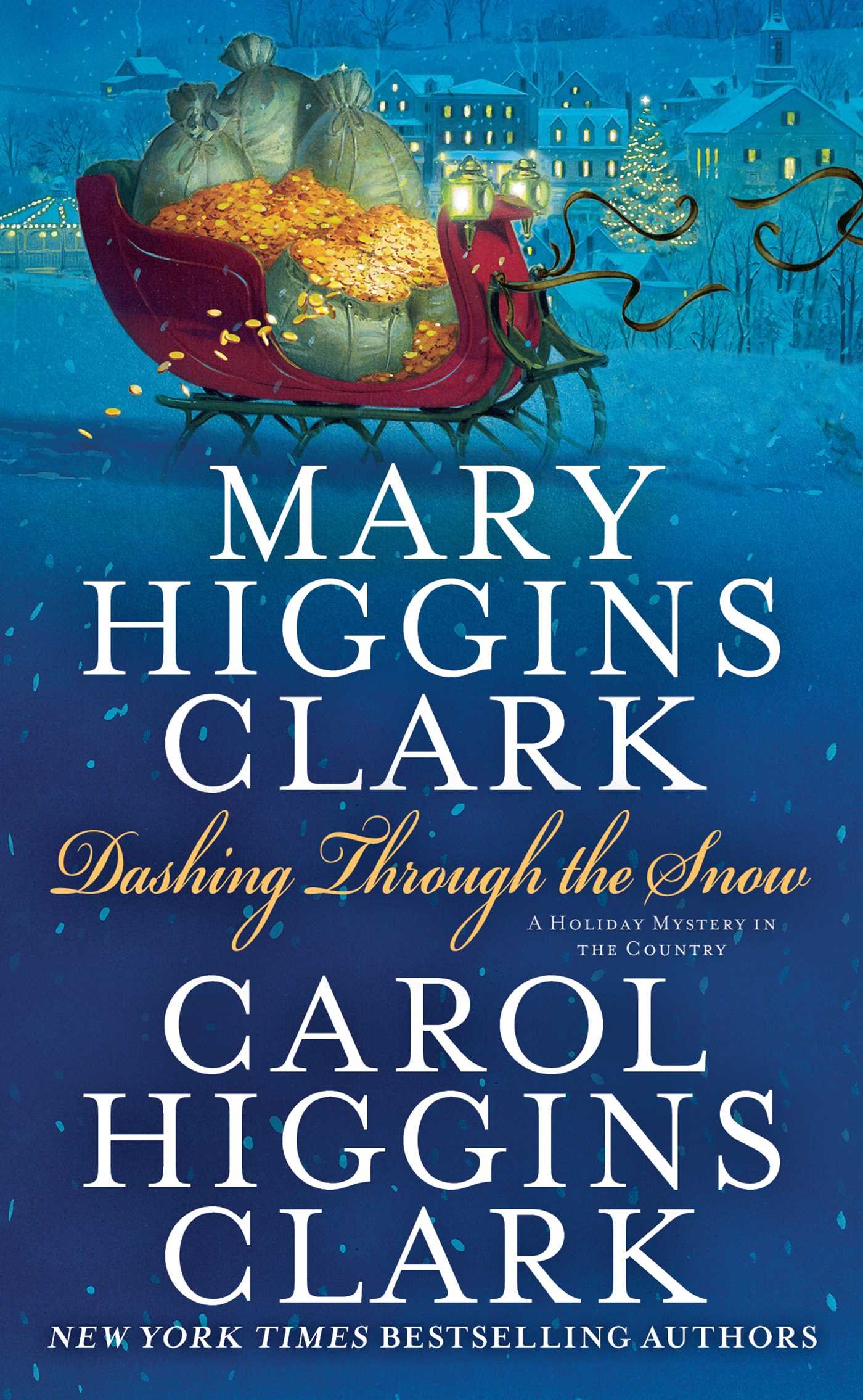 In the picturesque village of Branscombe, New Hampshire, the townsfolk are all pitching in to prepare for the first Festival of Joy. The night before the festival begins, a group of employees at the local market learn that they have won $160 million in the lottery. One of their co-workers, Duncan, decided at the last minute, on the advice of a pair of crooks masquerading as financial advisers, not to play. Then he goes missing. A second winning lottery ticket was purchased in the next town, but the winner hasn't come forward. Could Duncan have secretly bought it? Alvirah Meehan, the amateur sleuth, and private investigator Regan Reilly have arrived in Branscombe for the festival. They are just the people to find out what is amiss. As they dig beneath the surface, they find that life in Branscombe is not as tranquil as it appears. So much for an old-fashioned weekend in the country. 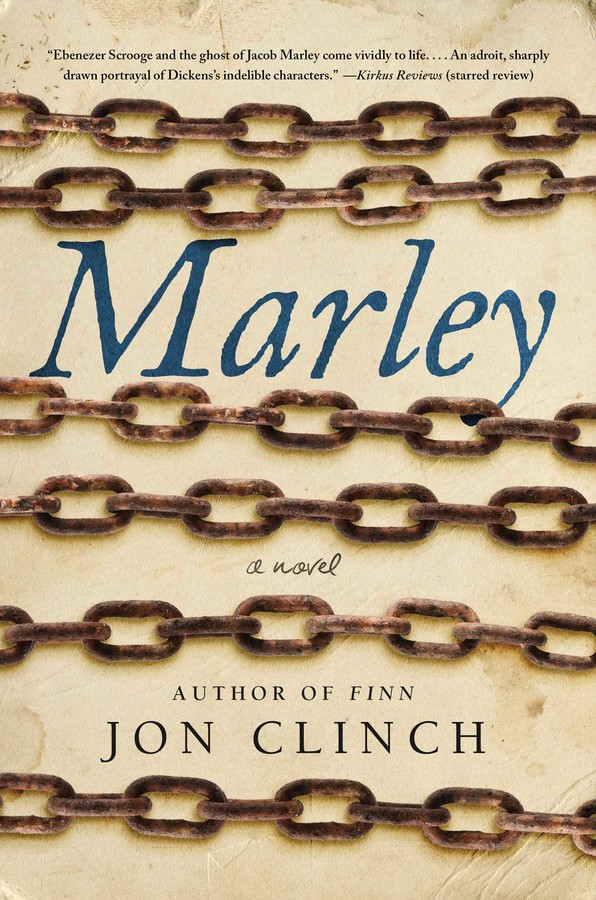 |+| Add to Your Shelf
Marley
by Jon Clinch

A darkly entertaining exploration of the relationship between Ebenezer Scrooge and Jacob Marley. They meet as youths in the gloomy confines of Professor Drabb’s Academy for Boys, where Marley begins their twisted friendship by initiating the innocent Scrooge into the gentle art of extortion. Years later, in the dank heart of London, their shared ambition manifests itself in a fledgling shipping empire. Between Marley’s genius for deception and Scrooge’s brilliance with numbers, they amass a considerable fortune of dubious legality, all rooted in a pitiless commitment to the soon-to-be-outlawed slave trade. As Marley toys with the affections of Scrooge’s sister, Fan, Scrooge falls under the spell of Fan’s best friend, Belle Fairchild. With their business interests inextricably bound together and instincts for secrecy and greed bred in their very bones, the two men engage in a shadowy war of deception, false identities, forged documents, theft, and cold-blooded murder. Marley and Scrooge are destined to clash in an unforgettable reckoning that will echo into the future and set the stage for Marley’s ghostly return. 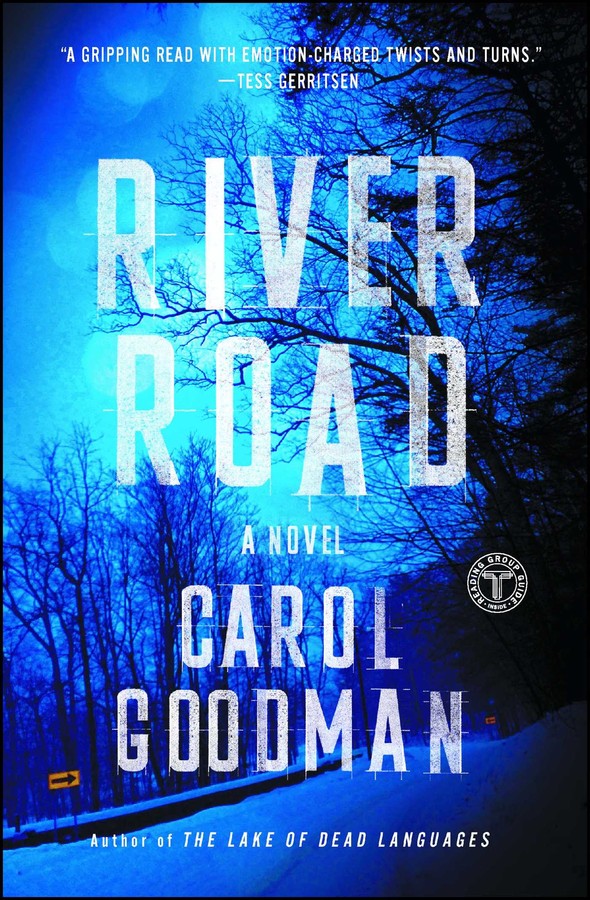 |+| Add to Your Shelf
River Road
by Carol Goodman

Nan Lewis is driving home from a faculty holiday party when she hits a deer. Yet when she gets out of her car to look for it, the deer is gone. The next morning, Nan is woken up by a police officer at her door with terrible news—one of her students, Leia Dawson, was killed in a hit-and-run on River Road the night before, and because of the damage to her car, Nan is a suspect. In the days following the accident, Nan finds herself shunned by the same community that rallied around her when her own daughter was killed in an eerily similar accident six years prior. When Nan begins finding disturbing tokens that recall her daughter’s death, she suspects that the two accidents are connected. As she digs further, she discovers that everyone around her, including Leia, has been hiding secrets. But can she uncover them, clear her name, and figure out who really killed Leia before her life is destroyed forever? 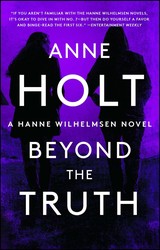 |+| Add to Your Shelf
Beyond the Truth
by Anne Holt

Shortly before Christmas, four people are found shot dead at the home of the Stahlbergs, a wealthy Oslo family of shipping merchants notorious for their miserliness and infighting. Three of the victims are members of the family, and the fourth is an outsider, seemingly out of place. Cake had been set out in the living room and a bottle of champagne had been opened but not yet poured. Yes, family gatherings during the holidays can be difficult, but why did this one become a bloodbath? As Hanne Wilhelmsen investigates the case alongside her longtime police partner, Billy T., motives for the murders emerge in abundance; each surviving member of the Stahlberg family had good reason to want the victims dead. As she searches for the killer, Hanne will once again risk everything to find out the truth. But this time, will she go too far?

|+| Add to Your Shelf
Beyond the Truth
Anne Holt

In the seventh installment of the Hanne Wilhelmsen series “that demands to be read—and the more quickly, the better” (Bookreporter), the brilliant female detective must untangle the complex and bitter history of one of Oslo’s wealthiest families after a celebratory get-together ends in a shocking multivictim homicide.

Shortly before Christmas, four people are found shot dead at the home of the Stahlbergs, a wealthy Oslo family of shipping merchants notorious for their miserliness and infighting. Three of the victims are members of the family, and the fourth is an outsider, seemingly out of place. Cake had been set out in the living room and a bottle of champagne had been opened but not yet poured. Yes, family gatherings during the holidays can be difficult, but why did this one become a bloodbath?

As Hanne Wilhelmsen investigates the case alongside her longtime police partner, Billy T., motives for the murders emerge in abundance; each surviving member of the Stahlberg family had good reason to want the victims dead. As she searches for the killer, Hanne will once again risk everything to find out the truth. But this time, will she go too far?

“When you think of Scandinavian noir, names like Stieg Larsson, Henning Mankell, and Camilla Lackberg probably come to mind, not Anne Holt. That may be about to change….Holt consistently delivers in her series. And Beyond the Truth…is her best yet…If you aren’t familiar with Anne Holt’s Hanne Wilhelmsen novels…dive in with this one—number 7—but then do yourself a favor and binge-read the first six” (Entertainment Weekly). 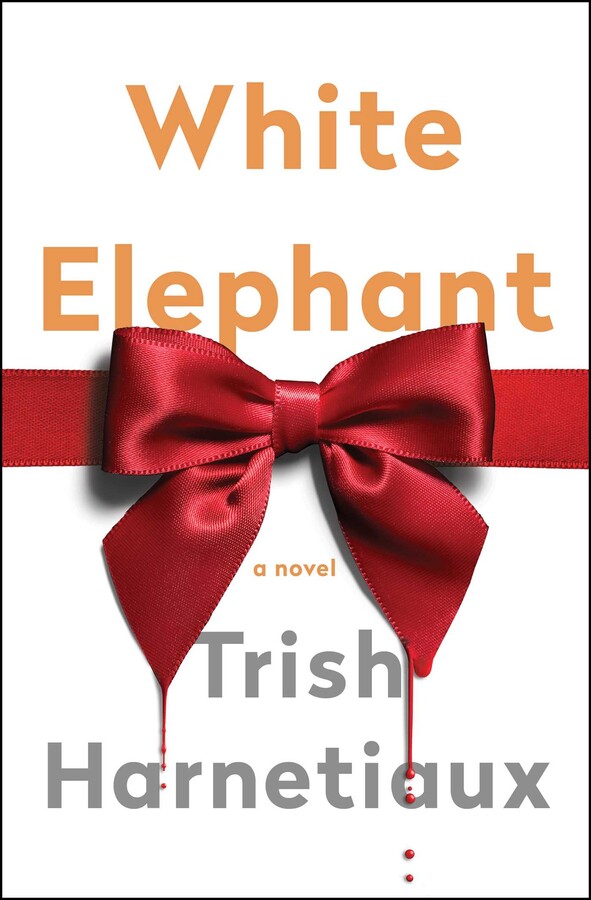 |+| Add to Your Shelf
White Elephant
by Trish Harnetiaux

WHITE ELEPHANT is a Christmas mystery about an office party gone wrong. A real estate agency owned by Henry Calhoun and his wife, Claudine, host an over-the-top White Elephant exchange at their holiday party in Aspen, Colorado, each year. Instead of exchanging tacky gifts, all the real estate agents compete to see who can provide the most expensive and exotic gifts. This year, stakes are at an all–time high because the hottest pop star, Zara, is a last-minute invite, and Claudine is obsessed with selling her a fabulous house and wants to impress her with the best party ever. The Christmas party takes a dark turn when an antique cowboy is unwrapped during the gift exchange. Unbeknownst to most of the party guests, the cowboy was used as a weapon during a murder that Henry committed years ago, which Claudine helped cover up. Who planted the cowboy? Who knows about the murder? And how can Henry and Claudine figure out who is behind this party foul while everyone is trapped inside during an epic blizzard.

A crackling Christmas mystery that combines murder and blackmail at a holiday office party, in a mashup reminiscent of Big Little Lies and Clue.

There are only a few rules in a White Elephant gift exchange: 1) Everyone brings a wrapped, unmarked gift. 2) Numbers are drawn to decide who picks first. 3) Gifts don’t need to be pricey—and often they’re downright tacky.

But things are a little different in Aspen, Colorado, at the office holiday party for the real estate firm owned by Henry Calhoun and his wife Claudine. Each Christmas sparks a contest among the already competitive staff to see who can buy the most coveted gift: the one that will get stolen the most times, the one that will prove just how many more commissions they earned that year than their colleagues. Designer sunglasses, deluxe spa treatments, front row concert tickets—nothing is off the table. And the staff is even more competitive this year as Zara, the hottest young pop star out of Hollywood, is in town and Claudine is determined to sell her the getaway home of her dreams.

Everyone is puzzled when a strange gift shows up in the mix: an antique cowboy statue. At least the sales agents are guessing it’s an antique—otherwise it’d be a terrible present. It’s certainly not very pretty or expensive-looking. In fact, the gift makes sense only to Henry and Claudine. The statue is the weapon Henry used to commit a murder years ago, a murder that helped start his company and a murder that Claudine helped cover up. She swore that no one would ever be able to find the statue or trace it to their crime. So which of their employees did? And why did they place it in the White Elephant? What could possibly be their endgame?

Over the course of the evening, Henry and Claudine race to figure out who could have planted the weapon, and just what the night means for the secrets they’ve been harboring. Further adding to the drama is a snowstorm that closes nearby roads—preventing anyone from leaving, as well as keeping law enforcement from the scene. And by the end of this crazy night, the police will most definitely be required…

10 Unique Thrillers Unlike Anything I’ve Read Before

7 Unflinching Books About Living Off the Grid

New in Paperback: 10 August Page-Turners to Breeze Through

A Genre-Bending Romance About Love After Loss

8 Ambitious Books That Are (Nearly) Impossible to Describe