When I first heard that this book was being promoted as OUTLANDER meets CAMELOT, I knew right away it was going to be something I would enjoy. It has all the Scottish history and charm of OUTLANDER with the religious undertones of the King Arthur legends, which—for a Scottish mythology nerd like myself—made me unable to put it down. Reading this book was like getting a crash course in sixth-century Scottish history. With endless wars raging between different clans to the increasing number of Christian missionaries spreading their religion like wildfire throughout the country, this book was chock-full of political intrigue and scandal that had me gripped from page one.

Throughout the novel we follow our main character Languoreth from childhood to adulthood. She is rebellious and brave and is always trying to keep up with her brother’s education—from his sword fighting to his Druid teachings. Knowing someday she will be ruler of her land and take her father’s place as Queen, she learns early on the importance of making difficult decisions for the greater good of her people—especially when it comes to the old ways her people continue to worship.

But as is typical throughout history, with the spread of any new religion also comes war, and THE LOST QUEEN is no exception. As Christianity is accepted by more people, it begins to threaten the pagan beliefs that Languoreth and her family worship. While they were once able to peacefully coexist, the spread of Christianity starts to completely overrun the people, turning them against each other and causing turmoil from the lowly peasants all the way to the High King. This threat to the old way of life causes Languoreth to put duty before her own desires as she marries a man that she may not love, but who may help protect her way of life.

This book is a slow burn in the best possible way. I loved being able to experience Languoreth’s lighthearted childhood days to seeing her in her mid-30s with children of her own. We are able to get a true sense of the circumstances that led Languoreth to make decisions that might not make her happy, but are ultimately going to benefit all those she holds dear. Readers get a basic understanding of the many trials that everyday people faced in medieval Scotland. From grain shortages to harsh bitter winters, it’s safe to say that life wasn’t easy but Languoreth’s courage to put others before herself is just one of the many reasons why I loved reading about her.

The latter half of the book is full of political turmoil that’s just as frustrating as reading about politics today—I may have thrown my book at the wall a few times but that’s the sign of a good book, right? Readers are thrust into a court where the High King simply wants to keep his power and refuses to resolve conflicts unless absolutely necessary. He refuses to supply men to the war Emrys Pendragon has been fighting for a decade and refuses to open his eyes to the many crimes the Christian missionaries are performing on behalf of their God.

There is some sort of conflict happening on every page, which kept me hooked until the very end. I cared for Languoreth so deeply I needed to finish the book in record speed to make sure she was okay. Languoreth is somehow able to stay true to her beliefs in a world where it would be easier to simply give up and stop fighting. Her bravery and tenacity, along with the mystical mountains and ancient Druid beliefs, fill this book with a longing for those ancient ways, regardless of the struggles that occur. As this is the first book in a trilogy, and based on the cliffhanger it leaves us on, it’s safe to say that I will be waiting for the next installment with bated breath.

The Lost Queen
by Signe Pike 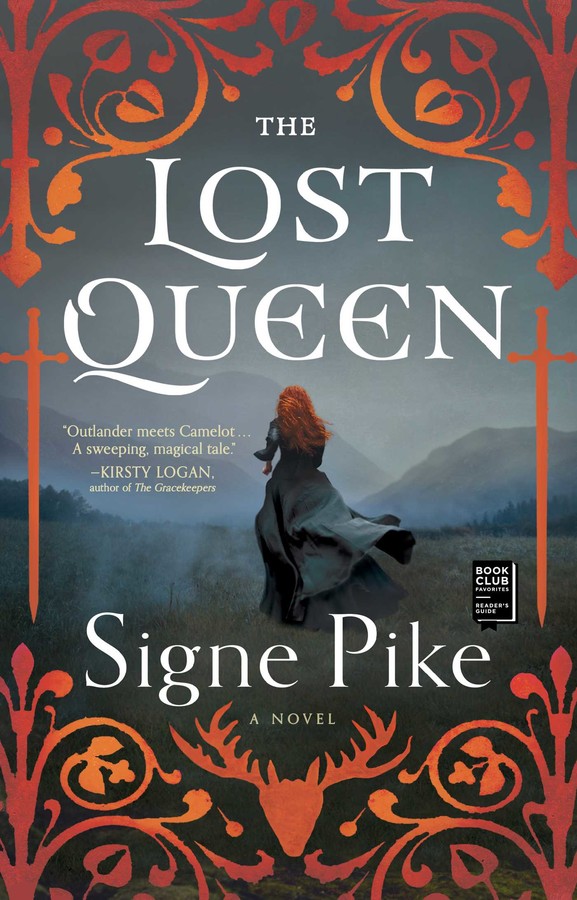 8 Sweeping Fantasy Novels for Leigh Bardugo Fans to Read Next

History’s Forgotten Heroine: The Inspiration Behind the Magical Novel The Lost Queen

GIVEAWAY: Past Books From Our Favorite Authors and Their Upcoming Titles!