Most people have some sort of random obsession—a topic or fandom or hobby that they are completely fascinated with and their friends are tired of listening to long-winded monologues about. Mine is the Golden Age of Piracy, the period between roughly 1680 and 1725 when pirates—including legendary figures like Edward “Blackbeard” Teach—successfully took over the struggling British colony on New Providence Island, Bahamas, and turned it into a pirate republic, a base of operations from which they interrupted and plundered trade to major colonial outposts. The period has been extensively dramaticized and romanticized (I’m looking at you, Pirates of the Caribbean), but the real history is just as fascinating—how a band of outcasts and rogues, ex-sailors, indentured servants, and former slaves managed to briefly form a free, democratic society outside of British colonial rule. Here are the best books I’ve devoured on the topic so far, some that embrace the romantic, swashbuckling legends and some that shine a light on the real men and women who sailed under the black flag. 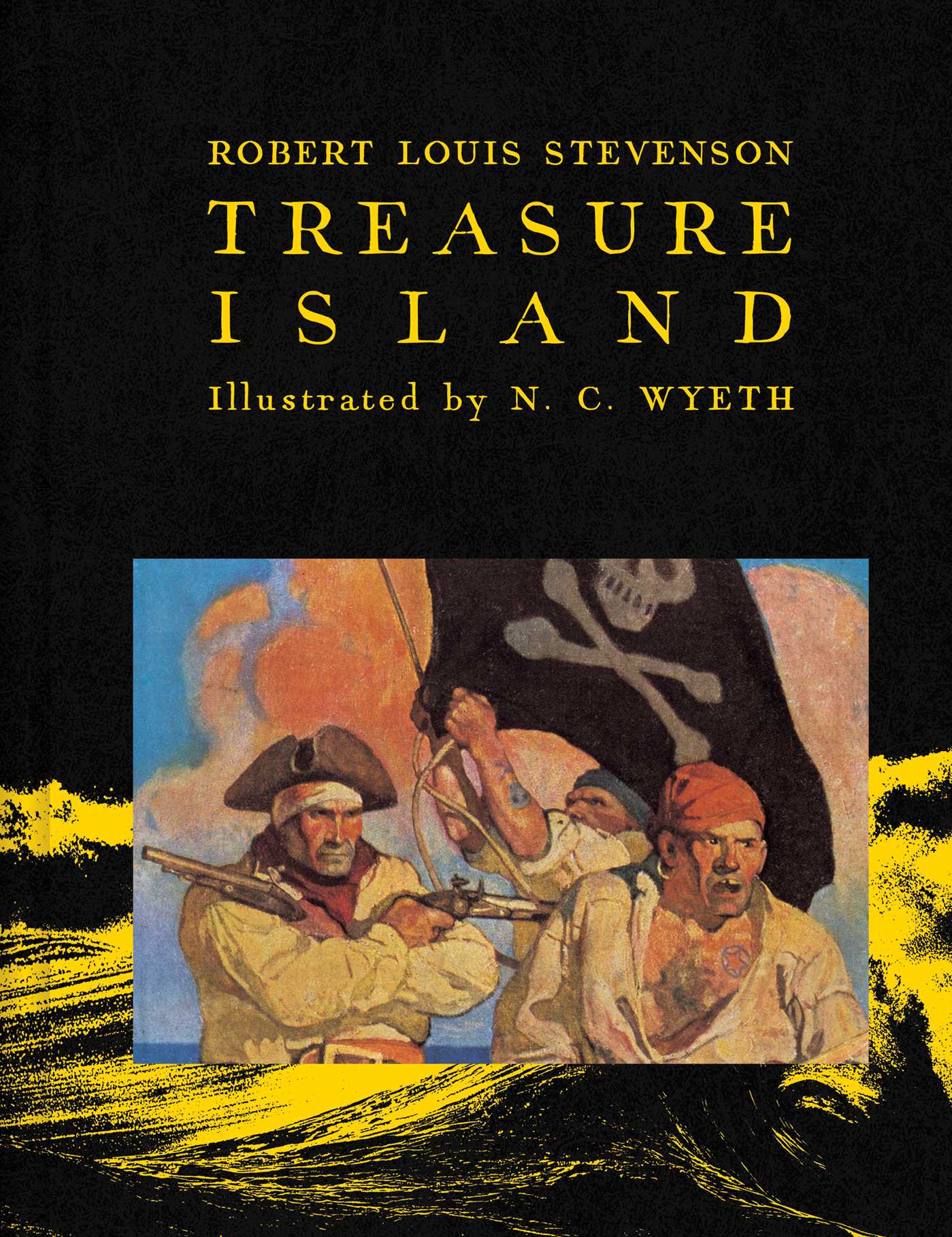 |+| Add to Your Shelf
Treasure Island
by Robert Louis Stevenson

Any list about pirates should naturally start with Robert Louis Stevenson’s classic swashbuckling adventure tale, which was heavily influenced by the legends of the Golden Age pirates, as told in Captain Johnson’s book (more on that below). The novel brings together characters who are legends in their own right—young cabin boy Jim Hawkins, two-timing Israel Hands, and the infamous Long John Silver—in a quest for buried treasure. 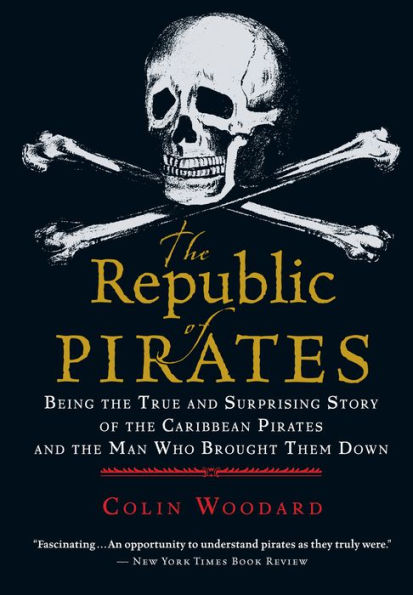 |+| Add to Your Shelf
The Republic of Pirates
by Colin Woodard

This fascinating nonfiction account looks at the Golden Age of Piracy through the lens of four important figures: famed pirate captains Edward “Blackbeard” Teach, “Black Sam” Bellamy, and Charles Vane, as well as Woodes Rogers, a former privateer who was appointed governor of the Bahamas and tasked with putting an end to the pirate scourge. Beyond the careers of these giants, the book examines the social and historical conditions that gave rise to the pirate republic and how a crude democracy was formed in which indentured servants became free, runaway slaves could be equal citizens, and leaders were elected and deposed by popular vote.

|+| Add to Your Shelf
The Republic of Pirates
Colin Woodard 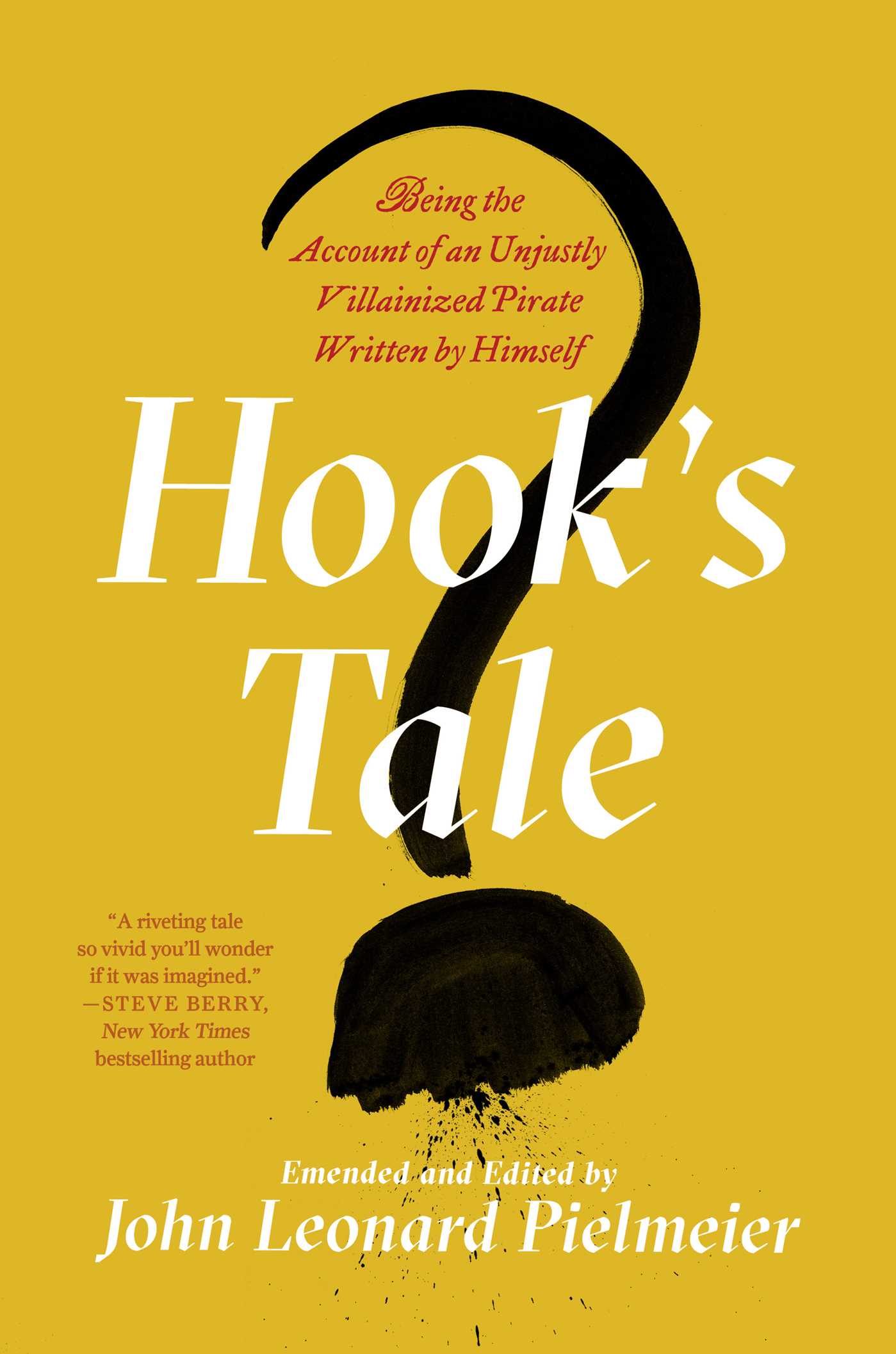 |+| Add to Your Shelf
Hook's Tale
by John Leonard Pielmeier

In creating Captain Hook, J. M. Barrie also drew inspiration from Captain Johnson’s GENERAL HISTORY, but took it in a distinctly fantastical direction. In John Leonard Pielmeier’s rollicking imagined memoir of the famous pirate, he takes the rich fantasy and beloved characters of PETER PAN (We see Hook’s first meeting with Smee! His history with the notorious crocodile!) and mixes it with fascinating historical detail, like the fact that many pirates began their seafaring lives by being kidnapped and forced into naval service by the notorious “press gangs” of the day. If you like your pirates with a heavy dose of enchantment, this one is for you. 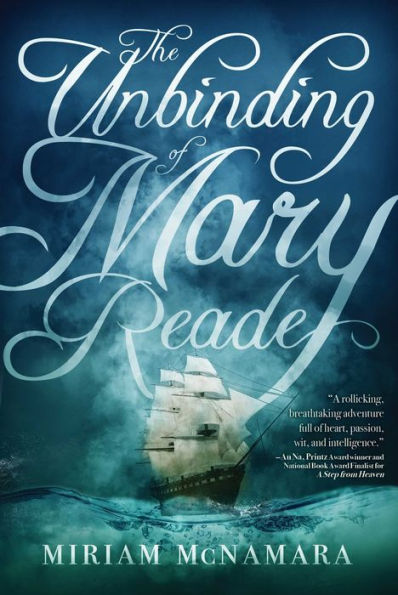 This novel features three of my favorite pirates, Captain John “Calico Jack” Rackham and the two female pirates he sailed with, Anne Bonny and Mary Reade. In it, Mary Reade is a young woman disguised as a male sailor on a merchant ship, when it is attacked by pirates and she becomes infatuated with the fierce and beautiful Anne Bonny. Mary joins the pirates in order to get closer to Anne, but soon realizes that she is already in a relationship with the charming and possessive Captain Rackham. The story is breathlessly romantic while also offering a fascinating exploration of gender and the quest for freedom, self-determination, and love in an oppressive partiarchal world.

|+| Add to Your Shelf
The Unbinding of Mary Reade
Miriam McNamara 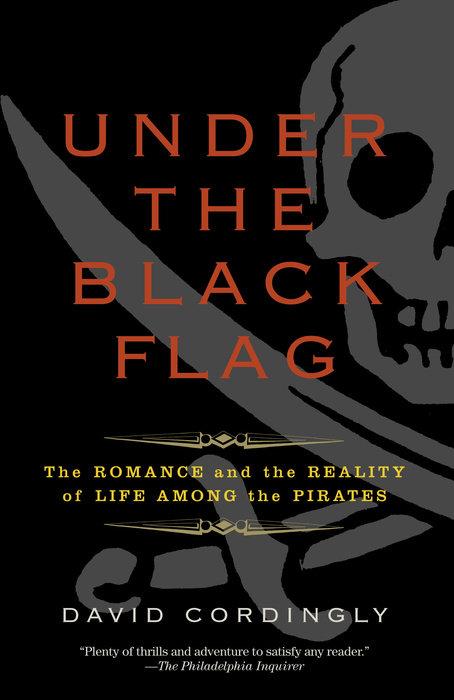 |+| Add to Your Shelf
Under the Black Flag
by David Cordingly

David Cordingly is the former head of exhibitions at England’s National Maritime Museum and a bona fide pirate expert. His expansive, fascinating history of the Golden Age and its legendary figures busts many deeply ingrained pirate myths (i.e. walking the plank is complete fiction) and sheds a light, in thrilling detail, on the real history of the weapons these pirates used, the ships they sailed, and the ways they fought—and were defeated.

|+| Add to Your Shelf
Under the Black Flag
David Cordingly

Pirates have long been romanticized by Hollywood and revered as folk heroes. So it’s easy to forget that these swashbucklers were dangerous criminals. In this authoritative text, David Cordingly analyzes the truths behind the myths and investigates the realities of infamous pirates like Sir Francis Drake and Captain Kidd. 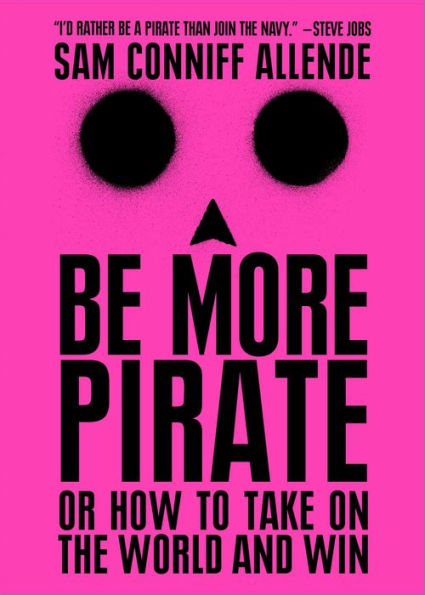 |+| Add to Your Shelf
Be More Pirate
by Sam Conniff Allende

Sam Conniff Allende explores a fascinating premise: How can the strategies and ideologies of the Golden Age pirates be applied to succeeding in life and work in our modern society? Pirate principles like standing up to the status quo, breaking the rules, and managing and weaponizing one’s reputation are explored both in the context of the historic figures who used them, like Henry Morgan and Blackbeard, as well as modern-day rebels who also use these tactics successfully, like Elon Musk and Banksy.

|+| Add to Your Shelf
Be More Pirate
Sam Conniff Allende 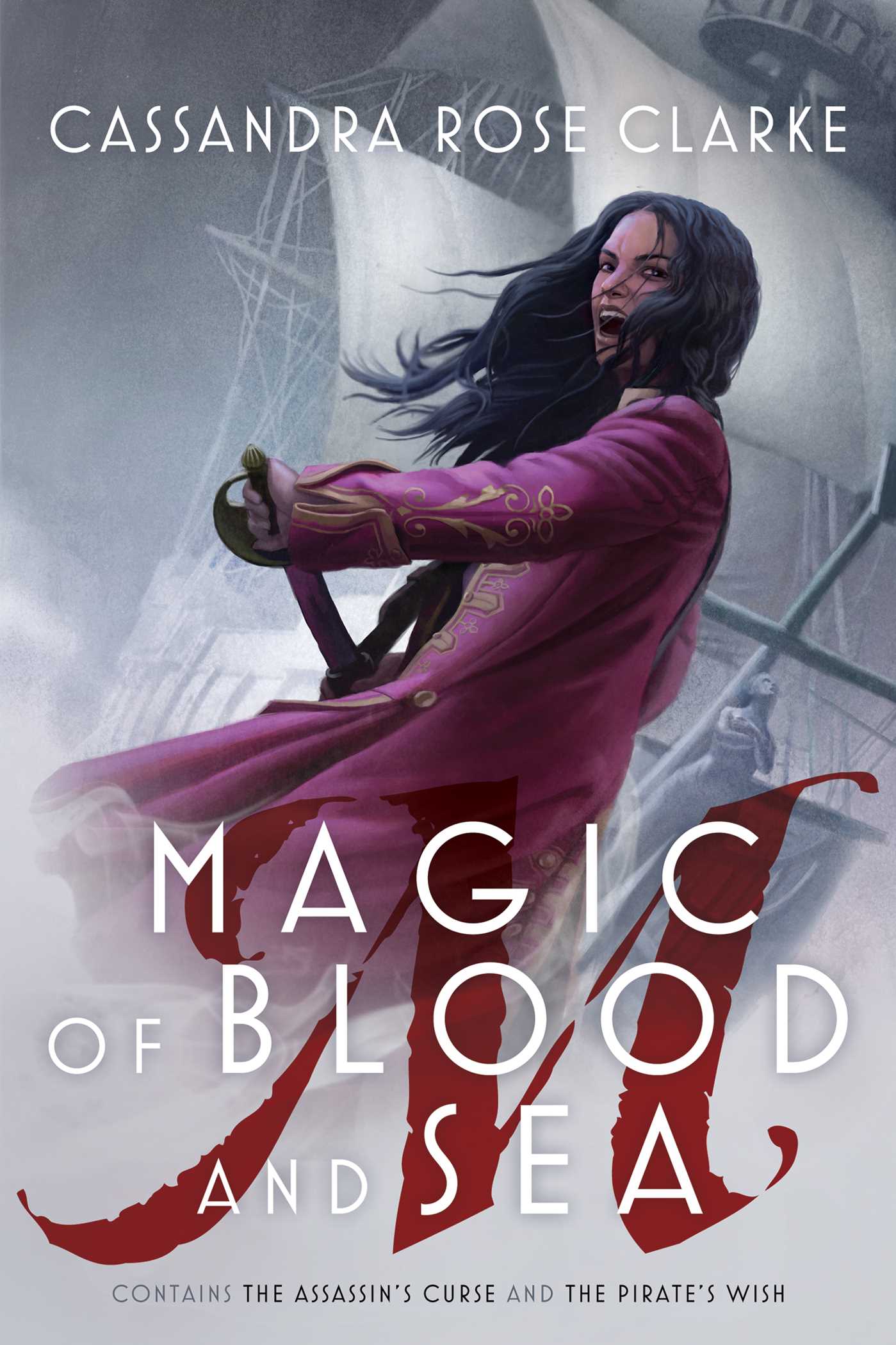 While not based on real historic figures, this action-packed, thrilling adventure embodies the spirit of the Golden Age pirates, with a kick-ass heroine to boot. Pirate princess Ananna abandons her ship when her parents try to marry her off to an ally pirate clan. When an assassin sent after her by her fiancé’s clan catches up with her, Ananna inadvertently triggers a nasty curse, forcing herself and the assassin into an uneasy alliance as they race to reverse it. 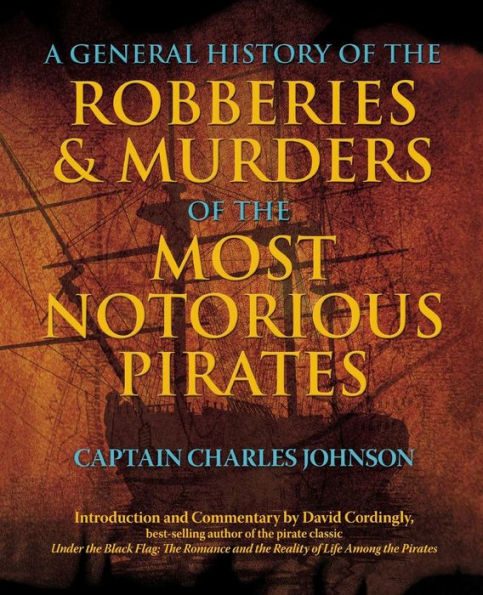 Anyone looking to learn about the Golden Age of Piracy is likely to quickly find their way to Captain Johnson’s account, originally published in 1724 to instant popular success. It gives accounts of the lives and crimes of the most famed figues of the era, based on sources like trial transcripts and interviews with victims of the pirates. Though the author often exaggerated or mischaracterized the truth, this book remains the basis for much modern scholarship on these captains and their crews.