Racy and dangerous in more than one way, these books will keep you turning pages all month long! 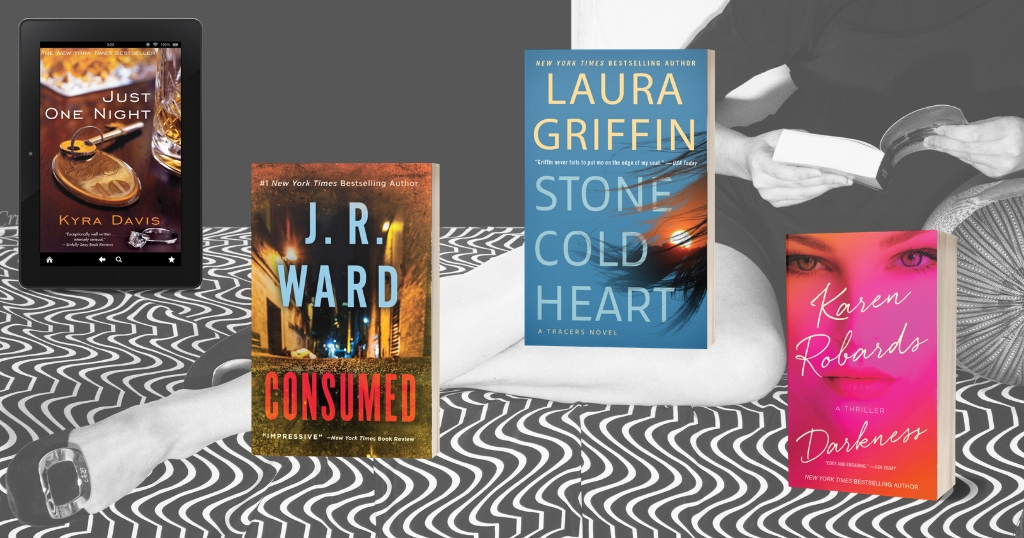 One. More. Page recommends the books you’ll love reading on the beach, on your porch, curled up with a glass a wine, or with your friends. Sending reads for your best book life straight to your inbox. 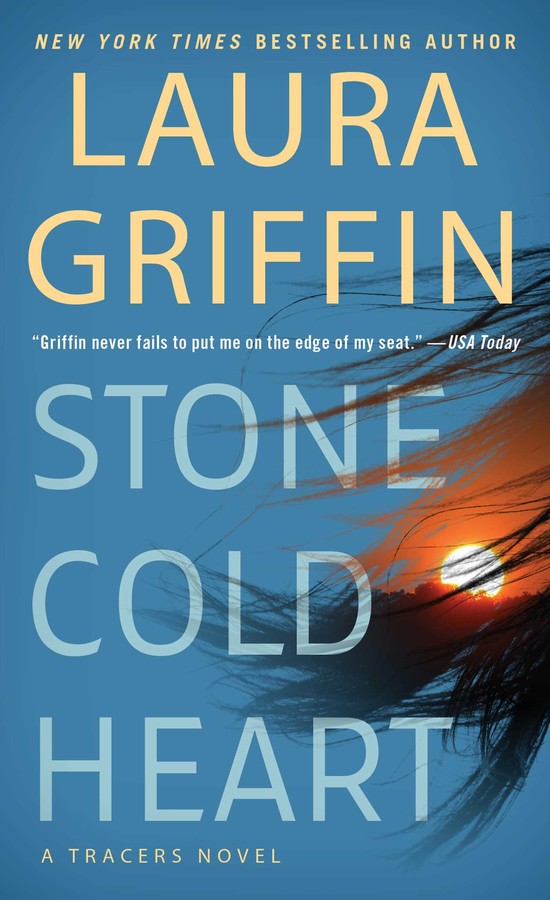 |+| Add to Your Shelf
Stone Cold Heart
by Laura Griffin

Two rock climbers in a remote part of Texas stumble upon a pile of human bones, so local police call in the Tracers, the elite CSI squad of Laura Griffin’s bestselling series. Though at first the scene looks like an unfortunate climbing accident, forensic anthropologist Sara Lockhart notices some disturbing clues—clues pointing to a cold case that’s haunted her for years. Griffin’s books nimbly balance romance and suspense, and each book in the series stands alone, so new readers can start with whatever crime they like!

New York Times bestselling author Laura Griffin “delivers another top-notch thriller" (RT Book Reviews) in her beloved Tracers series, about a leading forensic anthropologist who uncovers eerie clues in a high-stakes case that threatens to deliver her to the doorstep of a cold-blooded murderer.

When local rock climbers stumble upon abandoned human bones in a remote Texas gorge, Sara Lockhart is the first to get the call. She has a reputation as one of the nation’s top forensic anthropologists, and police detective Nolan Hess knows she is just the expert he needs to help unravel this case. Although evidence is scarce, Nolan suspects the bones belong to a teenage climber who vanished last summer.

But as Sara unearths strange clues, she finds chilling similarities to a case from her past—a case that now threatens to rock Nolan’s community. While Sara digs deep for answers, the stakes rise higher as another young woman disappears without a trace. Investigators work against the clock as Sara races to discover the truth, even if her harrowing search brings her face to face with a stone-cold killer.

With her signature breathless pacing and suspenseful twists and turns, Stone Cold Heart demonstrates why “Laura Griffin never fails to put me on the edge of my seat” (USA TODAY). 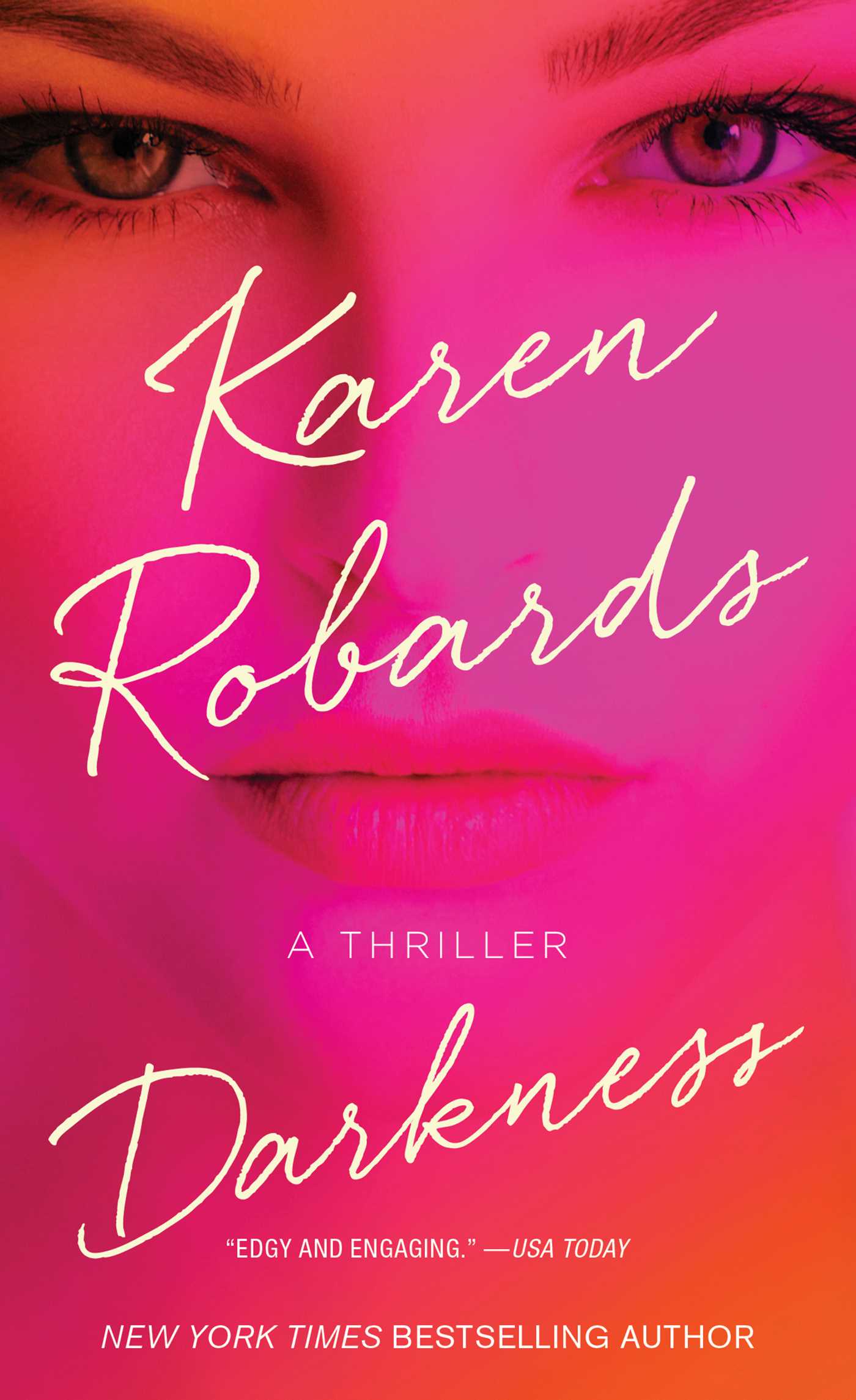 |+| Add to Your Shelf
Darkness
by Karen Robards

Dr. Gina Solomon’s research trip to a remote Alaskan island seems like a dream come true, until the day she witnesses the crash of a small plane practically on top of her. She finds one survivor, Cal, and the two quickly determine that the crash was no accident…and the saboteurs are still on the island. Thrills and chills from one of the best in the business. (Though personally, the thought of camping on a remote Alaskan island is scary enough for us!)

New York Times bestselling author Karen Robards continues her penchant for “fantastic storytelling” (RT Book Reviews) with this heart-pumping and nail-biting tale of a brilliant ornithologist trapped on the remote Attu Island in Alaska, fighting for her life—and that of a handsome stranger—before they’re swallowed up in darkness forever.

Ornithologist Dr. Gina Solomon, PhD, can’t believe her good fortune when she’s picked as one of a small group of Stanford University scientists lucky enough to be allowed to conduct research on Attu Island, Alaska. But a dream come true soon turns into a nightmare when she witnesses the horrifying break-up of a small plane. As the pieces rain down around her into the frigid waters of the Bering Sea, Gina heads toward the crash site looking for survivors and discovers James "Cal" Callahan. But when the two realize the plane crash wasn’t an accident—and that the individuals responsible are still on the island—will they escape before they’re swallowed up in darkness forever?

Set against the harsh wilderness of Alaska, Darkness is yet another of Robards’s “scintillating romantic thrillers” (Publishers Weekly) featuring the well-paced suspense and twists that has made Robards an icon in the romance genre. 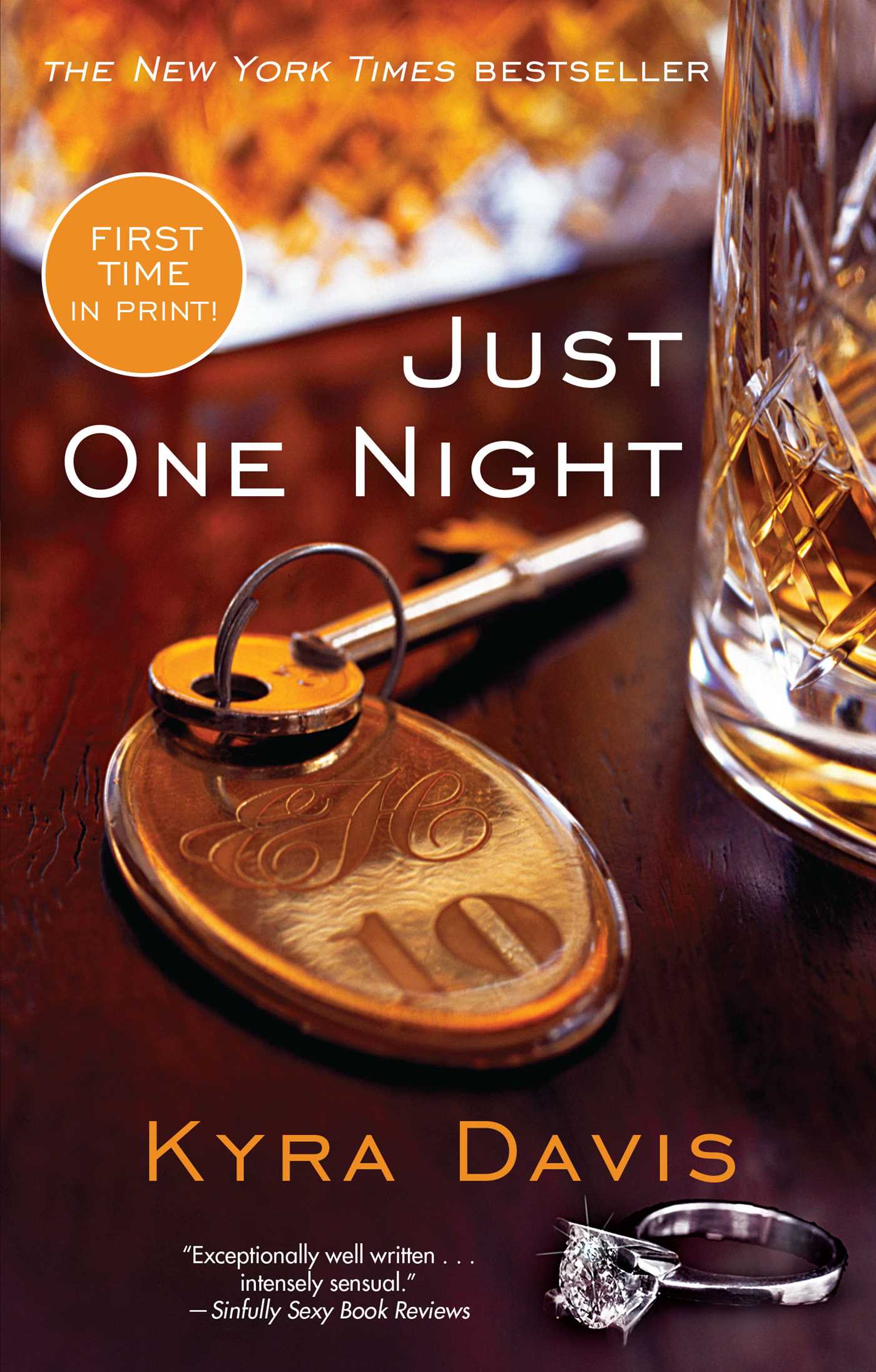 |+| Add to Your Shelf
Just One Night
by Kyra Davis

This one’s definitely NSFW, folks! When her best friend dares her to have a one-night stand, responsible, rules-following Kasey decides to let Vegas live up to its reputation. A few hands of blackjack later and she’s in a hotel room with a man who could take her to places she’s never imagined…or lure her into a dangerous compromise.

|+| Add to Your Shelf
Just One Night
Kyra Davis

Kasie Fitzgerald knows who she’s supposed to be. Responsible. Reliable. Predictable. She’s an ambitious workaholic who is devoted to the sensible man she plans to marry. But one wild, impulsive night in Vegas is about to open her eyes up to who she wants to be...

Trying her sexy new dress and her luck at a blackjack table, Kasie meets him. Intense. Flirtatious. Dangerous. She accepts his invitation for a drink...and then to his hotel room. She doesn’t know his name. But she’ll never forget the sex. Hard. Thrilling. Explosive.

So when her mystery man later shows up at her office unexpectedly, she succumbs to his mastery, both in bed and in the boardroom. There’s no telling where the powerful, wealthy Robert Dade will lead her. But there’s also no resisting her desire...however far she’ll go under its spell.

The only question is who she’ll be when the journey ends. 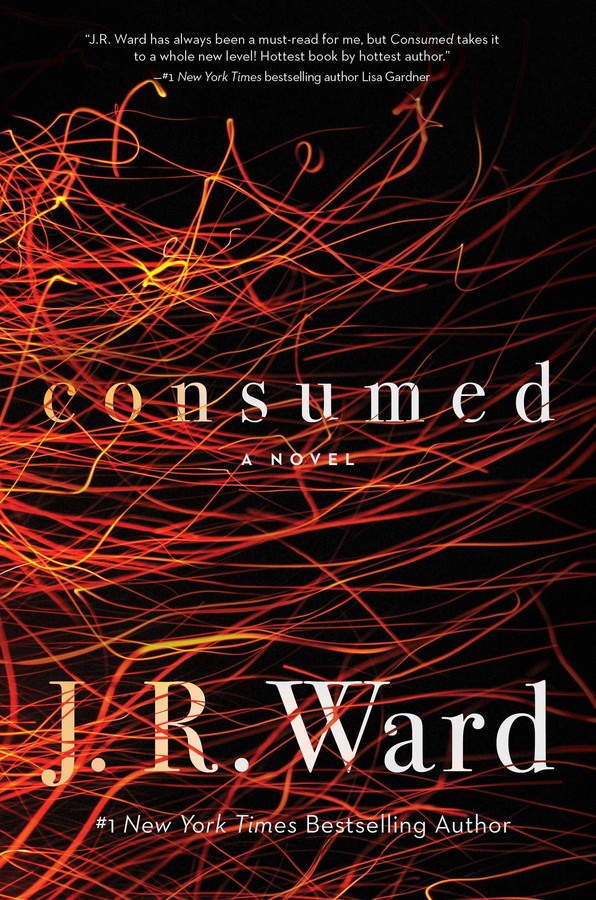 If you’re a fan of Third Watch or the novels of J.D. Robb, you shouldn’t miss this compelling romantic thriller from the bestselling author of the Black Dagger Brotherhood series. No vampires here—instead we follow Anne Ashburn, one of the best firefighters in the New Brunswick FD…until the unthinkable happens. Now Anne’s rebuilding her life from the ashes, and in trying to find purpose discovers a conspiracy that runs through the highest levels of the city. If you think you know Ward’s writing, think again—the way she turns tropes on their heads in this book brings new life to a story you thought was familiar.

From the #1 New York Times bestselling author of the popular Black Dagger Brotherhood series comes a brand-new novel about arson investigator, Anne Ashburn, who is consumed by her troubled past, her family’s scorched legacy, and her current case: chasing a deadly killer.

Anne Ashburn is a woman consumed...

By her bitter family legacy, by her scorched career as a firefighter, by her obsession with department bad-boy Danny McGuire, and by a new case that pits her against a fiery killer.

Strong-willed Anne was fearless and loved the thrill of fighting fires, pushing herself to be the best. But when one risky decision at a warehouse fire changes her life forever, Anne must reinvent not only her job, but her whole self.

Shattered and demoralized, Anne finds her new career as an arson investigator a pale substitute for the adrenaline-fueled life she left behind. She doesn't believe she will ever feel that same all-consuming passion for her job again--until she encounters a string of suspicious fires setting her beloved city ablaze.

Danny McGuire is a premiere fireman, best in the county, but in the midst of a personal meltdown. Danny is taking risks like never before and seems to have a death wish until he teams up with Anne to find the fire starter. But Danny may be more than a distraction, and as Anne narrows in on her target, the arsonist begins to target her.

From the creator of the bestselling Black Dagger Brotherhood, get ready for a new band of brothers. And a firestorm.

One.More.Page. delivers women’s fiction recommendations to your inbox every month. To sign up for the newsletter, click here.