I was drawn to Kate Quinn’s Borgia novels for a few reasons. First, I had already been swept away by her Empress of Rome series, with its drama, romance, and meticulously researched history. Second, I knew that the Borgias series included a historical figure who is near and dear to my heart—a young, handsome version of the famous Renaissance chef Bartolomeo Scappi.

The first Borgia novel, THE SERPENT AND THE PEARL, introduces the reader to three characters. One, who is well known to many, is the beautiful Giulia Farnese, who is forced to leave her husband, an Orsini prince, and become the concubine to Pope Alexander VI. In addition to the salacious details of this sordid affair—as if those weren’t enough—Quinn tells a multilayered story, each layer as juicy as the first, from multiple perspectives: that of Carmelina, a nun turned chef with a secret; that of Leonello, Giulia’s bodyguard, a man with a vendetta; and that of Giulia, who offers a glimpse of the excitement, fear, and drama of the inner life of an actual woman denounced as “the bride of Christ” and, worse, “the Pope’s whore.”

The Borgia family’s rise to prominence in ecclesiastical and political affairs in Renaissance Italy was the result of abusive power, extreme cruelty, gross excess, and pretty much every deadly sin in the book that the pope was supposed to uphold. But Quinn doesn’t drag us deep into the mire right away. Instead, she twists our emotions around these characters, so that we like them even though sometimes we shouldn’t. We feel torn with wanting and abhorring the forbidden love that holds us utterly captive.

It is not until book two in the series, THE LION AND THE ROSE, that the dark machinations of the worst members of the Borgia family, particularly Cesare, the pope’s son, are revealed. It is also in this book that Bartolomeo Scappi, the private cook to the papacy and author of one of the bestselling cookbooks of all time, makes his appearance. Quinn plays with Scappi’s dates—the story is set a few years before he is believed to have been born—but oh, the deviation from history is worth it for the story, as Carmelina (and the reader) falls hard for his food and his charm.

Quinn is a passionate storyteller and a master worldbuilder who not only understands how to draw her readers in but also how to bring the past to life. The reader can picture each cobblestone along the journey, taste every apple tourte, and imagine the feel of a silk dress or velvet doublet against the skin. This is a travel back in time I wish I could make, but since I can’t, diving into one of Kate Quinn’s novels is a worthy, satisfying substitute.

The Serpent and the Pearl
by Kate Quinn 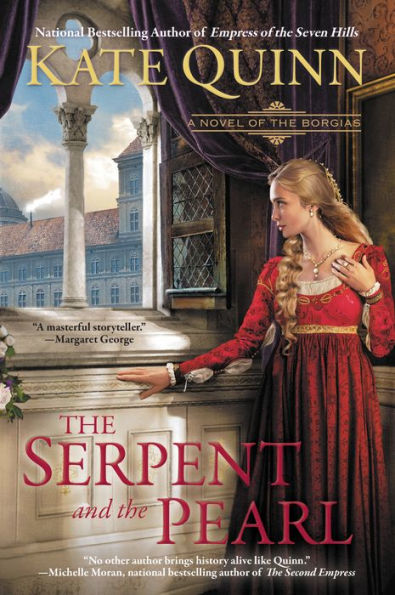 |+| Add to Your Shelf
The Serpent and the Pearl
Kate Quinn

The Lure of the Infamous Borgias

Close
The Lion and the Rose
by Kate Quinn 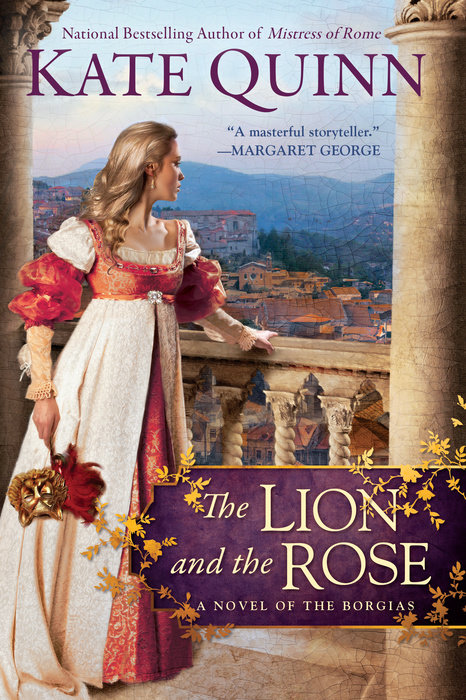 |+| Add to Your Shelf
The Lion and the Rose
Kate Quinn

The Lure of the Infamous Borgias

Check out the latest novels by Crystal King!