My cousin, perhaps a bigger bookworm than I, his mere book pusher—once picked up an advanced reader’s copy of AN AMERICAN MARRIAGE from my shelf before I even had a chance to dig in. When he flipped to a random page, he was instantly taken with one sentence. One. “Love is the enemy of sound judgment, and occasionally this is in service of the good.” During conversations, he’d awaken from a googly-eyed trance to tell me he was still thinking about that one line. When I finally sat down and read AN AMERICAN MARRIAGE, I saw more of what he saw.

AN AMERICAN MARRIAGE centers on newlyweds Celestial and Roy, who are both young in age and mind. When Roy is falsely accused of a crime and sentenced to twelve years in prison, Celestial and Roy’s marriage is put to the ultimate test. But not all parties involved are willing to fight for the marriage and when Roy is exonerated after serving five years of his sentence, he returns to a marriage that’s crumbled beyond recognition. AN AMERICAN MARRIAGE is a portrait of marriage that’s at once brutally honest, yet not devoid of the romance we love to see in any book on the subject. Moving between three perspectives, Jones expertly portrays each character through an honest, sympathetic, and flawed lens. And while I saw the faults of each character (yes, fine, some more than others), I couldn’t say outright that I hated one or rooted for another. Ultimately, what I loved most about AN AMERICAN MARRIAGE is Jones’s use of language to gracefully move the reader through a complex and nuanced situation.

Many told me I’d breeze through this book and it’s certainly possible. AN AMERICAN MARRIAGE is fraught with tension, and while it isn’t a thriller, it’s definitely a page-turner. Taken with the quotable passages, I decided I would intentionally drink slowly. Along the way, I came across many passages in the book that really stayed with me. With no context needed, here are some of my favorites.

“Memory is a queer creature, an eccentric curator.”

“Love is the enemy of sound judgment, and occasionally this is in service of the good.”

“There should be a word for this, the way it feels to steal something that’s already yours.”

“It’s hard to mark time when your heart is a pinball in your chest.”

“In the private library of my spirit, there is a dictionary of words that aren’t. On those pages is a mysterious character that conveys what it is to have no volition even when you do. On that same page it is explained how once or twice in your life you will find yourself bared, underneath the weight of a man, but a most ordinary word will save you.”

“The vast generosity of women is a mysterious tunnel, and nobody knows where it leads.”

An American Marriage
by Tayari Jones 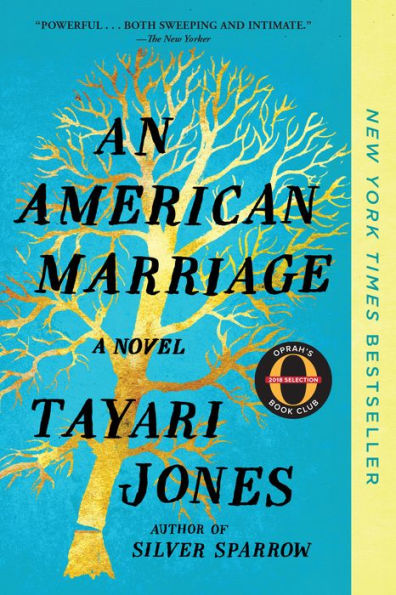 |+| Add to Your Shelf
An American Marriage
Tayari Jones

11 Autumnal Book Covers to Fall in Love With

6 Striking Quotes from AN AMERICAN MARRIAGE