Usually when someone asks me what book to read, my mind goes completely blank. It’s embarrassing, really—my entire life is reading and recommending books, after all—but it’s just so much pressure to have someone else’s experience on the line, and it’s hard to think on the fly of a book that’s not only a good story, but also has unforgettable characters, sweeping settings, and page-turning action.

That is, until I read Ariel Lawhon’s historical thriller I WAS ANASTASIA.

Of all of history’s royal families, and the mysteries and conspiracies associated with them, few have captured the public imagination as obsessively as the Romanovs, who ruled Russia for nearly 300 years until they were forced out of power in 1917 by Bolshevik revolutionaries. In 1918, the immediate family—Czar Nicholas, Czarina Alexandra, and their four children—were executed by firing squad. In the following decades, rumors flew that one of the children, Anastasia, had escaped. Many women came forward claiming that they were the lost duchess, including a German woman named Anna Anderson, who spent nearly forty years garnering support from people who had known the Romanovs and petitioning international courts to acknowledge her as the rightful Russian heir. (If you’re interested in the historical specifics of that story, I highly recommend Robert K. Massie’s THE ROMANOVS: THE LAST CHAPTER). Though many doubted her, there was always a wonder—a hope, even—that she might be telling the truth.

Was she? That’s where Lawhon comes in, with a perfect blend of history, mystery, and unreliable narrators.

I WAS ANASTASIA begins in 1970s Virginia, where Anna Anderson is awaiting a verdict from the court that will determine whether her story is to be believed. The novel then shoots backward to 1918, where a young Anastasia Romanov is being moved with her family, under Lenin’s orders, to Siberia to live in exile as political prisoners. For the rest of the novel, the two perspectives alternate, the former moving backward and the latter moving forward, until they collide head-on in the last ten or so pages to reveal if the two women are, in fact, one. In between, there’s plenty of action, intrigue, romance, twists, and turns to keep you guessing.

Now, why is this novel the one I keep recommending? Well, for one thing, it’s just a great read. Lawhon brings these characters and voices to vivid life, expanding beyond cartoon musicals and stale textbooks to make them three-dimensional and interesting. Through her eyes, these women are not just names in a Wikipedia entry, but people with fears, desires, and secrets that survive long after they do.

But, more than that, it’s impossible not to have a reaction to this book. Its entire premise revolves around a question that we as humans are hardwired to want to answer: Who do you believe? With carefully placed details, moments, and memories, Lawhon not only shows her skill as a writer and researcher, but constantly keeps us on our toes and searching for the clue that could crack the whole thing wide open. Unlike a lot of novels that want to tell you how to think or feel, this one encourages you, actively, to have your own opinion, and then take that opinion to others and talk about it—and isn’t that the whole point of recommending, to have someone to talk about a book with?

I promise I’m telling the truth when I say that this book should be next on your list. The only question that remains is: Do you believe me? Let’s find out!

I Was Anastasia
by Ariel Lawhon 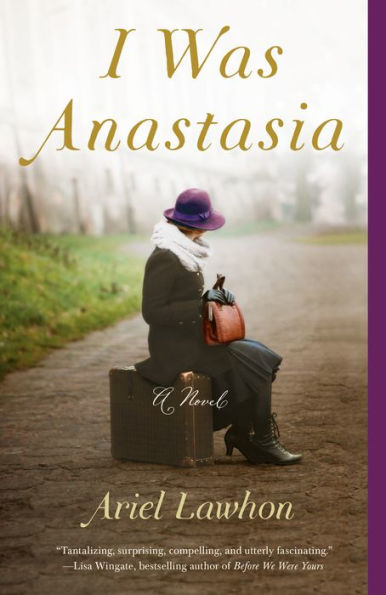 |+| Add to Your Shelf
I Was Anastasia
Ariel Lawhon

The Novel That Cured My Recommendation Anxiety