The book is a compulsively readable blend of pop culture and scholarship. Peterson integrates quotes and ideas from sources as varied as religious and feminist scholars, cultural critics, the editor in chief of Us Weekly, and the women themselves. She includes lots of fascinating historical detail—like the origins of the term “chick lit” and how it has been applied to the work of Jennifer Weiner. In the chapter on Nicki Minaj, Petersen explores the history of female MCs in hip-hop. When writing about Kim Kardashian’s pregnancy, Petersen examines the rise of the publicly scrutinized celebrity pregnancy. These profiles are well researched and solidly grounded in history and feminist theory.

What I enjoyed most about the book was how nuanced and contextualized the profiles were. Petersen makes note of the women who came before her subjects, paving the way for their unruliness. Comedian Roseanne Barr, for example, in many ways blazed a trail for future female comedians like Melissa McCarthy. She also points out how factors like race and class intersect with unruliness, noting that many of her subjects are white women, as society tends to be somewhat more tolerant of unruliness in them than in women of color. Petersen is also unafraid to point out the inconsistencies and failings of her subjects, noting, for example, that as Madonna struggles against the public’s constant fascination with and revulsion for her aging body, “[Madonna] helped create the culture of body surveillance . . that is now rejecting her.”

I came away from reading TOO FAT, TOO SLUTTY, TOO LOUD with greater appreciation for celebrities I constantly see on television and the covers of magazines, as well as a deeper understanding of concepts such as postfeminism and transnormativity. This book is as fun as it is smart, as scholarly as it is juicy. It is the kind of book where after I finished each chapter, I sought out a friend to recount what I’d read and discuss and debate the topics at length. It’s a provocative and important read that you’ll blaze through, wishing there were more stories when you come to the end. 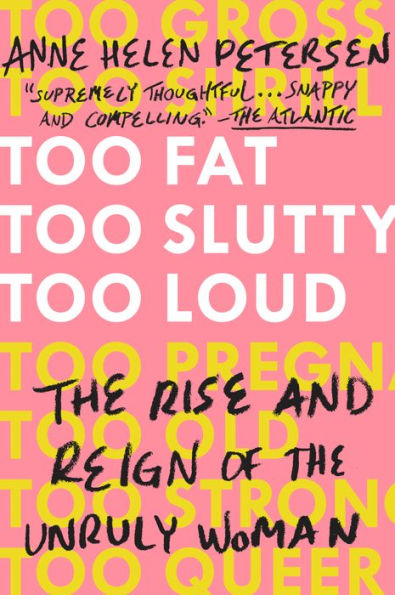