Once in a while, I come across a rare, wonderful book that I just want to hug to my chest  as soon as I’ve finished the last page. A book where the characters have become like dear friends and I feel so grateful to have been privvy to their lives for a brief while. As I finished reading THE TOWER, THE ZOO, AND THE TORTOISE, with a delighted smile on my face and tears on my cheeks, I knew it was one of those special books.

In this novel, Balthazar Jones has been a Yeoman Warder (a.k.a. a Beefeater) at the Tower of London (the historic castle that was formerly used as a prison) for eight years. Most days, this means leading tourists around the Tower, spouting facts about its bloody history, and constantly giving directions to the bathroom. On top of that, Balthazar’s marriage to his wife, Hebe, has been suffering since the untimely death of their beloved son, Milo. Hebe hates living at the Tower and is constantly irritated by Balthazar’s newfound obsession with bottling and collecting different varieties of rainwater. Then Oswin Fielding, an equerry to Her Majesty the Queen of England, shows up at the Tower to inform Balthazar that the Queen plans to move all the exotic animals gifted to her by foreign dignitaries from their home at the London Zoo to a new menagerie at the Tower of London—and she’s chosen Balthazar Jones as Keeper of the Royal Menagerie. What’s a Beefeater to do?

This novel is utterly charming from start to finish. I immediately fell in love with the cast of quirky and endearing characters. There’s Reverend Septimus Drew, who, when not presiding over the Tower’s chapel, wages war on the rodent infestation, secretly writes erotica under a pen name, and pines for one of the Tower’s occupants. And Valerie Jennings, Hebe’s coworker at the London Underground Lost Property Office. Valerie has been unlucky in love in the past and is hesitant to accept the romantic advances of Arthur Catnip, a London Underground ticket inspector who manages to frequently “find” copies of books by Valerie’s favorite author in the station and turn them in to her. By the end of the book, I found myself deeply invested in the happiness of each and every one of these characters.

The book is also full of fascinating historical tidbits about the Tower as well as quirky fictional details, like the misplaced gigolo’s diary that Hebe hopes won’t be picked up from the Lost Property Office until she finishes reading it.

The book is a masterpiece of balance; it is deeply funny but also achingly poignant and emotional. It had me giggling over Balthazar’s disastrous attempts to wrangle unruly exotic animals on one page and swallowing down a lump in my throat reading about Hebe’s raw agony over the loss of her son and the deterioration of her marriage on the next.

At its heart, it’s an honest and moving meditation on loss, the different ways people grieve, and moving beyond heartbreak to open oneself up to healing and love. Pick up this book and prepare to be immersed in the whimsical setting, surrounded by lovable characters and moved by their triumphs and tribulations. Who knew a visit to a famous prison could be such a delight!

The Tower, the Zoo, and the Tortoise
by Julia Stuart 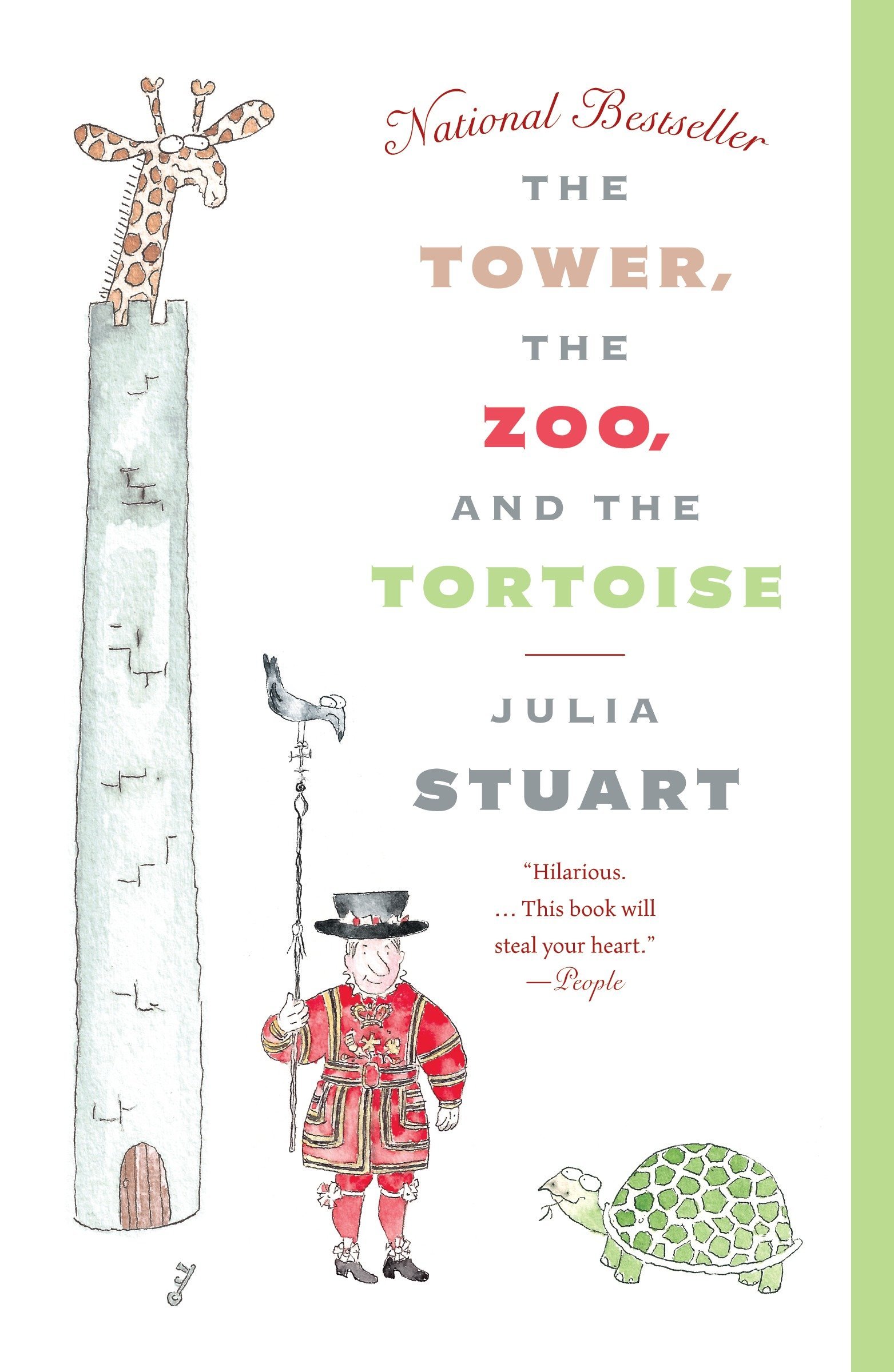 |+| Add to Your Shelf
The Tower, the Zoo, and the Tortoise
Julia Stuart

10 Books with Characters Who Feel Like Family by the End