Jodi Picoult is a master storyteller. For years she has entertained, educated, and challenged readers by confronting social issues through her novels. She writes in a way that transports the reader into the pages and invites us to experience every detail. She is an expert at multiple points of view. She transitions from one character to the next seamlessly, never causing the reader to feel lost or confused. Instead, it feels as if you are there, experiencing their emotions, debating their choices, and living their lives. It is a rare author who can achieve such a feat of telepathy for her readers.

Having been a fan for years I approached her recent release SMALL GREAT THINGS with the same sense of anticipation that precedes reading each of her novels, but never would I have expected the tears, anger, frustration, sadness, and peace that I would experience. Jodi Picoult has again raised the bar in storytelling and we readers are the beneficiaries of it.

Her novel SMALL GREAT THINGS starts with a moment in the protagonist’s childhood that will dictate the course of her life. She witnesses her mother, a black servant in a wealthy white family’s home, helping to birth the matriarch’s child. The moment transcends racial and class divisions. In the few moments that her mother brings the child into the world, the two women are one in pain and then celebration. A miracle of life served as a bridge, albeit temporarily. That moment will replay in Ruth’s mind years later as her entire life hangs in the balance when she’s charged with the murder of a white supremacist’s newborn son.

We walk alongside Ruth as the life she has meticulously built—a successful nursing career and a son who has defied the odds to be an academic star at his school—crumbles, helpless to do anything but watch. In a modern world where color should no longer matter, it is never more apparent than within the pages of Picoult’s story that the shade of our skin still defines the person we are and the prism through which we are viewed.

A modern day TO KILL A MOCKINGBIRD, Picoult takes you on a heartbreaking journey as Ruth is forced to witness her entire professional career being examined through a distorted lens. On her journey we as readers discover within ourselves that behind every benevolent intention may lie a deeply buried belief. Though Picoult skillfully threads her tale to a satisfying conclusion, the reader is left with the gnawing question: if the protagonist was white, would this still have happened? As in all of Picoult’s books the answer is one the reader will be left pondering for weeks to come. 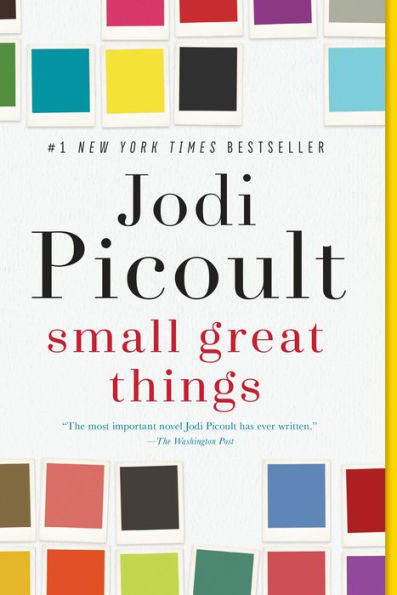