Margaret Atwood’s The Handmaid’s Tale is one of my favorite books of all time and that’s saying something because I read A LOT. I’m a bookaholic, ya’ll! So, when I heard the mini-series was coming out, I was so excited, especially since I’m beginning to wonder if Atwood is an oracle, considering many of the narrative themes she explores— reproductive freedom, the rise of the theocracy, and an increase in infertility—are issues we are facing today. It’s hard to believe that Atwood wrote the book more than 30 years ago.

But when The Handmaid’s Tale premiered, I was kind of disappointed. I thought the first few episodes were slow and I couldn’t get into it, so I abandoned ship. But, when I heard so many friends say how much they loved the series, especially Season 2, I recently decided to give it another try. Well, the second time around, I got hooked, went on a binge, and now I’m jonesing for next season. If you’re looking for some dystopian fiction to keep you occupied until Season 3, I’ve got you! 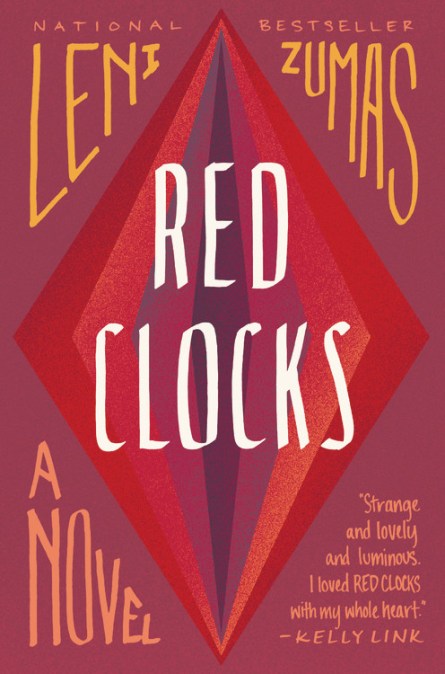 |+| Add to Your Shelf
Red Clocks
by Leni Zumas

One of the scariest things about reading a dystopian novel is when you start thinking to yourself, maybe I’m the one living in a dystopian nightmare. In America, our reproductive freedoms are in real jeopardy and in Red Clocks, we are offered a glimpse of what our lives could easily become.

Red Clocks describes a world where abortion is illegal in America, in-vitro fertilization is banned, and the Personhood Amendment grants rights of life, liberty, and property to every embryo. This novel explores the fate of five different women who are struggling to find their way in this restrictive society—a single woman who is trying to have a baby on her own, while also writing a bio of a little-known 19th-century female polar explorer; an unhappily married mother of two; a high school student who is unexpectedly pregnant; and an herbalist who is the connective tissue between all the women after she’s arrested and put on trial.

Red Clocks by Leni Zumas is a sobering speculative fiction that came out early this year. In the novel, everything feels a little too close to reality as America outlaws abortion and women are prevented from using IVF or adopting babies as single mothers. Told from five women’s perspectives as they face the challenges of this not-so-imagined world, Red Clocks feels preternaturally well-timed.

Books to Read After Reading The Power

|+| Add to Your Shelf
The Last
by Hanna Jameson

How many times have you received a text from a friend or a loved one, glanced at it, and said I’ll get back to them later, without a second thought?

In The Last, Jon thought he had plenty of time to answer his wife’s text message:  I miss you so much. I feel bad about how we left it. Love you.  His wife and children are in the States, while Jon is in Switzerland for a conference, staying at a remote hotel in the countryside. He’s still thinking about how to reply to his wife’s text when he receives the news that Washington, DC has been attacked by a nuclear bomb, followed by New York, London, and finally Berlin.

Two months later, he is trying to stay alive with twenty survivors in a hotel with a dark history of suicides and murders. When the hotel’s water pressure diminishes, they gruesomely discover the body of a young girl in one of the water towers.

Jon becomes obsessed with finding out what happened to the little girl as tension among the remaining survivors builds.

Confession: This amazing novel doesn’t pub until April 2019, but I got my hands on a bound manuscript and was filled with so much anxiety reading it, I had to put it down a couple of times to collect myself.

|+| Add to Your Shelf
The Last
Hanna Jameson

For fans of high-concept thrillers such as Annihilation and The Girl with All the Gifts, this breathtaking dystopian psychological thriller follows an American academic stranded at a Swiss hotel as the world descends into nuclear war—along with twenty other survivors—who becomes obsessed with identifying a murderer in their midst after the body of a young girl is discovered in one of the hotel’s water tanks.

Jon thought he had all the time in the world to respond to his wife’s text message: I miss you so much. I feel bad about how we left it. Love you. But as he’s waiting in the lobby of the L’Hotel Sixieme in Switzerland after an academic conference, still mulling over how to respond to his wife, he receives a string of horrifying push notifications. Washington, DC has been hit with a nuclear bomb, then New York, then London, and finally Berlin. That’s all he knows before news outlets and social media goes black—and before the clouds on the horizon turn orange.

Now, two months later, there are twenty survivors holed up at the hotel, a place already tainted by its strange history of suicides and murders. Those who can’t bear to stay commit suicide or wander off into the woods. Jon and the others try to maintain some semblance of civilization. But when the water pressure disappears, and Jon and a crew of survivors investigate the hotel’s water tanks, they are shocked to discover the body of a young girl.

As supplies dwindle and tensions rise, Jon becomes obsessed with investigating the death of the little girl as a way to cling to his own humanity. Yet the real question remains: can he afford to lose his mind in this hotel, or should he take his chances in the outside world?

A Reader’s Guide to the Impending Apocalypse 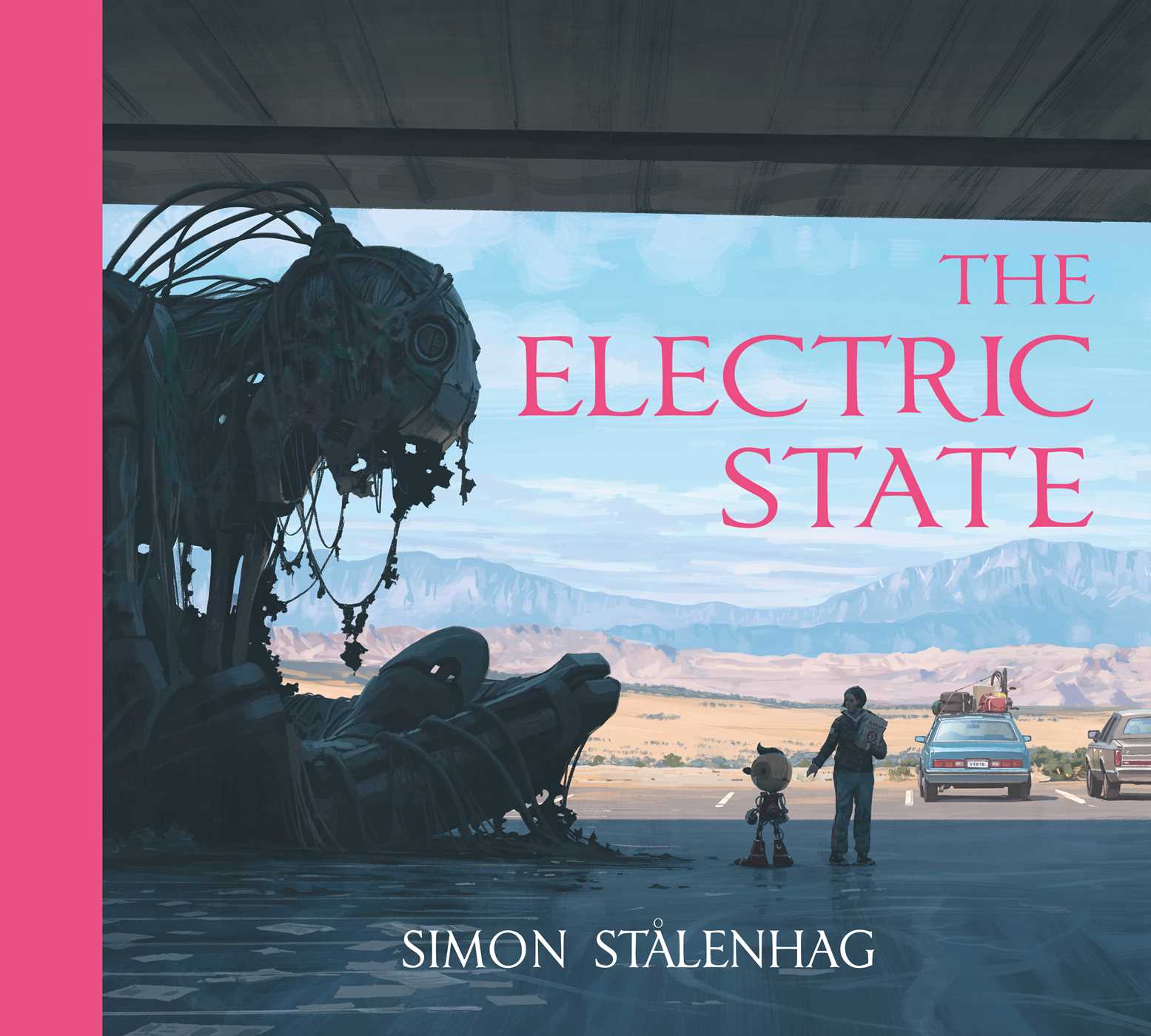 |+| Add to Your Shelf
The Electric State
by Simon Stålenhag

Did you love Ready Player One (the book, not the movie of course!)  and obsess over every episode of Netflix’s Black Mirror? If, so then this graphic novel is perfect for you!  It’s 1997 and a teenager and her toy robot are traveling through what’s left of the American West. Ruins of gigantic drones dot the landscape along with piles of trash left from a society that is addicted to a virtual-reality system. The more they travel, the more the world seems to be in disarray, leaving you to wonder: Is this the ultimate end of civilization?

|+| Add to Your Shelf
The Electric State
Simon Stålenhag

A teen girl and her robot embark on a cross-country mission in this illustrated science fiction story, perfect for fans of Ready Player One and Black Mirror. In late 1997, a runaway teenager and her small yellow toy robot travel west through a strange American landscape where the ruins of gigantic battle drones litter the countryside, along with the discarded trash of a high-tech consumerist society addicted to a virtual-reality system. As they approach the edge of the continent, the world outside the car window seems to unravel at an ever faster pace, as if somewhere beyond the horizon, the hollow core of civilization has finally caved in.

|+| Add to Your Shelf
The Power
by Naomi Alderman

The Power follows four story lines:
Roxy, a girl from an influential family.
Tunde, a rich Nigerian who likes to hang out at the pool after his photo-journalism class.
Margot, a politician with a teenage daughter.
Allie, a young woman whose religious foster parents are not what they seem.

Roxy, Tunde, Margot, and Allie are living pretty normal lives until teenage girls acquire supernatural abilities that give themselves unmatched physical power. This phenomenon causes the world to reset, as women subsequently seize control of society. A controversial novel that explores the role of gender and power dynamics in an alternate world.

In The Power, teenage girls simultaneously develop the power to cause pain by electrocuting people. This phenomenon causes the world to reset, as women subsequently seize control of society. A controversial novel that explores the role of gender and power dynamics in an alternate world.

|+| Add to Your Shelf
The Power
Naomi Alderman

Women Who Break the Rules: 7 Reads With Daring Female Characters

Books to Read After Reading The Power