At the risk of sounding like a snob, I’m not just an ordinary fan of Seinfeld.

The show “about nothing” has been an integral part of my life since my early childhood. I can hold entire conversations with certain family members entirely in Seinfeld quotes. I collect behind-the-scenes trivia like some collect stamps. I judge people based on their appreciation of the show. I even went into publishing like my ’90s icon Elaine Benes.

Therefore, I began reading Jennifer Keishin Armstrong’s SEINFELDIA not really expecting to learn anything new. What could you teach an expert, after all?

I was pleasantly surprised, however, that while, yes, there was a great deal I knew, Armstrong’s celebration of the best American sitcom still enthralled me. Unlike other Seinfeld books and documentaries, Armstrong didn’t focus solely on the brilliant team of Larry David and Jerry Seinfeld, nor just on the talents of Julia Louis-Dreyfus, Jason Alexander, and Michael Richards. Here, finally, the genius of the many writers (including the father of one of the writers who invented Festivus in the 1960s) and supporting actors receive credit for their part in Seinfeld’s success.

Like the show itself, the creation of Seinfeld was a group effort, and in Armstrong’s loving and clear-eyed prose, this aspect is fully explored. The result is a fun, breezy, and engaging book that will make any Seinfeld fan immediately re-watch their favorite episodes and laugh as if they were watching it for the first time.

Armstrong’s book also celebrates the passionate and seemingly ever-growing mass of the show’s fans. From hosting trivia nights to introducing new generations to the show, it’s the fans who have solidified Seinfeld’s long-lasting legacy. Armstrong, who counts herself among them, explores the significance and influence of the fans and how they have helped shape the cultural landscape since the show’s beginning.

Ultimately, SEINFELDIA is much more than a straightforward profile of a popular TV show. It’s an expansive, engaging, and witty analysis that revels in everything Seinfeld. Reading this book is a lot like gushing over your favorite episodes, quotes, characters, and moments with a fellow longtime fan. It will make you laugh—out loud, usually—and will actually make you grateful that such a show exists.

If you’re not as familiar with Seinfeld as some of the super fans Armstrong references (I’ll throw myself in that category, as well), you’ll still have a wonderful time reading SEINFELDIA. So wonderful it’ll make you want to visit Manhattan, eat a black and white cookie, steal a marble rye from an old lady, and air your grievances. But, if you can’t do that, you can always just binge-watch all nine seasons. 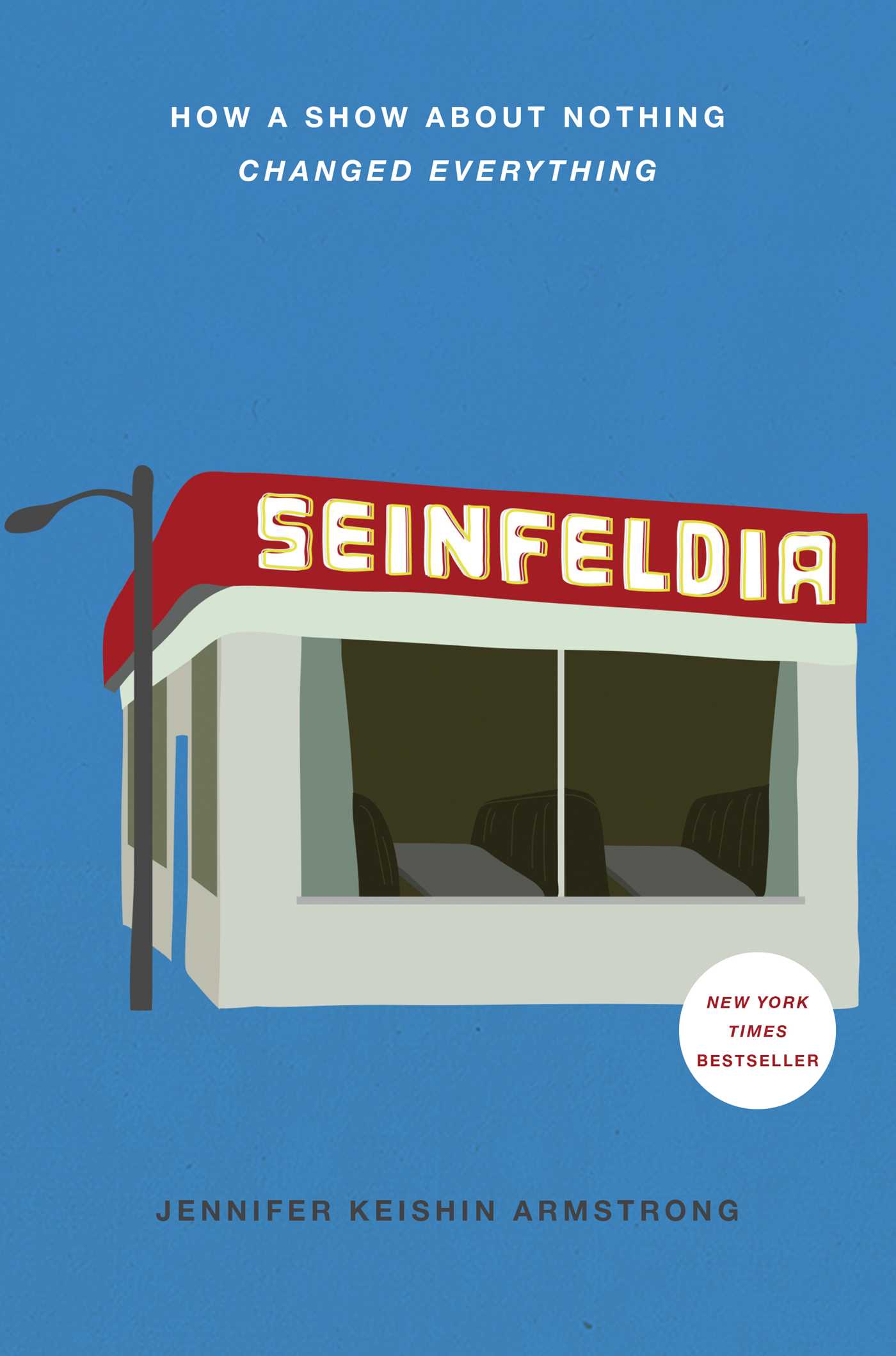 The hilarious behind-the-scenes story of two guys who went out for coffee and dreamed up a TV show about nothing. SEINFELDIA captures the magic and hard work that went into "Seinfeld," which became a cultural sensation, changed television, and altered the lives of everyone it touched.