It was a dark and rainy afternoon—with one of those eerie midsummer storms—the day I bought I’M THINKING OF ENDING THINGS at the Strand bookstore. I was braving this ominous weather to get Iain Reid’s novel that I had only just heard about and I knew I couldn’t wait to read it. I was immediately intrigued by its premise: a book that mainly consists of a single conversation between a girl and her boyfriend, Jake, on a car ride to visit her boyfriend’s family, described as a philosophical—as opposed to psychological—thriller.

I got home and sat down to read it right away, and I found myself chilled to the bone—not from my walk in the rain, but from the book itself, even though nothing overtly scary was happening. Reid instantly creates a palpable atmosphere of dread in the opening pages. There’s this certain sense of malice that you can’t quite identify, but you instinctively feel is there. The narrator even asks at one point, “How do we know when something is menacing? What cues us that something is not innocent? Instinct always trumps reason.”

I was too scared to keep reading that night, but I was hooked.

I picked it up again in decidedly the least fear-inducing environment possible—the beach on a bright, sunny day. I was still scared, of course, but I had no choice now but to soldier on.

As the novel opens, the narrator tells us about her relationship with Jake, how they met at a pub’s trivia night, her uncertainty in the relationship’s future, and the strange phone calls she hides from him throughout the course of the drive to his parents’ house. Ever since the night she first met Jake, she has been plagued with phone calls from an unknown man who leaves nonsensical, garbled voicemails that aren’t explicitly threatening, but still unsettling. The strangest part is that these phone calls come from her own number.

Throughout the drive, Jake and the narrator discuss the nature of memory versus reality, the frailty of relationships, and the state of depression. The narrator tells him stories of other strange characters and incidents in her life, like a Jungian driving instructor who reminded her of the Cheshire Cat from ALICE IN WONDERLAND, and an old woman from her childhood named Mrs. Veal, who interrogated her with the question, “Are you good or are you bad?” and still haunts her years later. When they arrive at Jake’s family’s farmhouse, she finds a picture that appears to be of herself. But Jake says, “That’s me.”

After the pair leaves the farm, everything comes to a head in an empty high school in the middle of a ferocious blizzard, where things spiral into the book’s cataclysmic end.

It’s hard to talk more about I’M THINKING OF ENDING THINGS without spoiling it. But once you’ve read it, it’s impossible to talk about anything else. I keep thinking about that description of “philosophical thriller” and how apt it is. The mastery of I’M THINKING OF ENDING THINGS lies within its ability to showcase the most primal and resounding terror of being human and the innermost depths of the mind. Reid brilliantly executed the innate thriller inside of the challenges of defining our identity and a true sense of self, whatever that may mean. 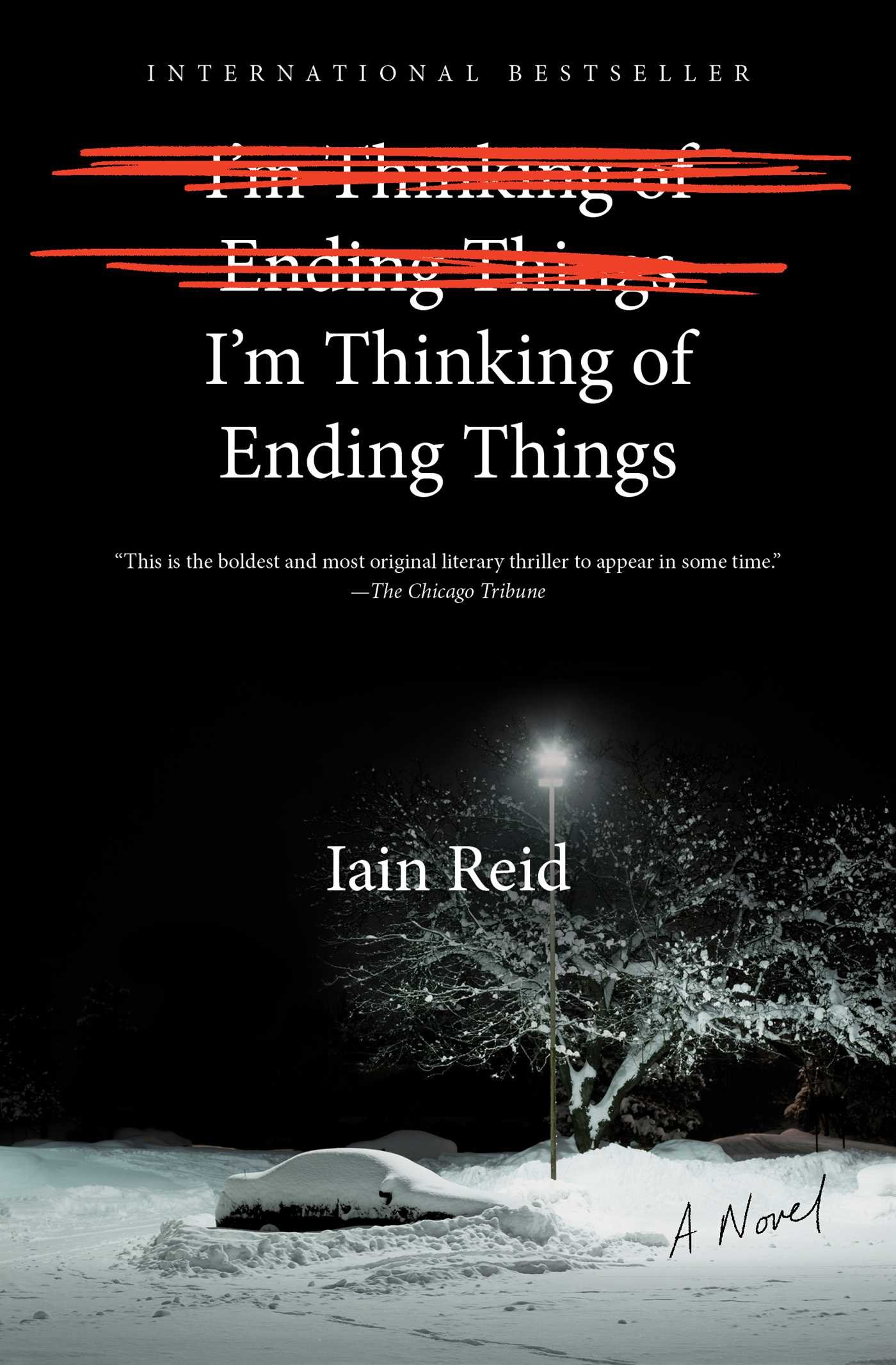 The 10 Most Popular Reads We Cozied Up With This April

The 10 Most Popular Reads of March