In case you missed it, the Off the Shelf Book Club hosted a fantastic Facebook Live Book Club meeting with a special guest, the author of our book club pick! We chatted with Lisa See about the THE TEA GIRL OF HUMMINGBIRD LANE and all things Pu’er tea.

Tune in as the Off the Shelf Book Club chats about Lisa See’s bestselling novel THE TEA GIRL OF HUMMINGBIRD LANE. Join the discussion by leaving a comment or question below. One grand prize winner will receive a set of tea and books for their book club. Five lucky second prize winners will receive two signed copies of the book (one for themselves and one for their mother or daughter)! You can read more about the book here: https://offtheshelf.com/2017/10/tea-girl-of-hummingbird-lane-lisa-see/For official rules, visit: https://www.tumblr.com/blog/otsfbgiveawayrules

We absolutely love this novel about a Chinese mother and her daughter who has been adopted by an American couple. Here’s why.

1. The Timing and Rich Culture. While the novel starts in what feels like an ancient, rural Chinese village, it’s actually set in modern times. The village doesn’t have electricity or running water, and is steeped in longtime traditions—some that are very surprising. But really, the outside modern world just hasn’t reached this Akha village yet, preserving their rituals and culture. Lisa See traveled to China and the tea mountains to obverse the Akha people and get to know their customs firsthand.

2. The One Child Policy. See has wanted to write a novel about the One-child Policy in China for 20 years now. She grew up in a very large Chinese American family, but has always thought about how adopted children adopted from China are often the only Chinese person in their American community. See wanted to write about what that might feel like.

3. The Twins. There’s a heartbreaking and shocking scene in which twins born in an Akha village are considered human rejects. The parents are forced to murder the twins. It’s a disturbing scene, but one that exemplifies the order and rules of their village in a really emotional way. We thought it was interesting how various parts of the world view twins differently, and why. One mother in Eastern Europe told See that when she realized she was going to have twins, her mother made trinkets to ward off evil and quarantined her in the house for the duration of her pregnancy. 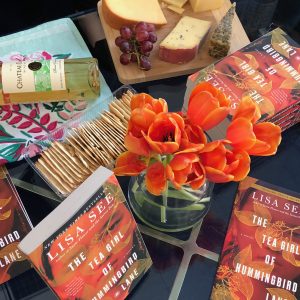 4. Tea Snobbery. See became a self-professed tea snob while researching this book. She drank a lot of Pu’er tea while writing, a habit she still enjoys. Her favorite is a Pu’er tea made from the leaves of a 1,000-year-old tea tree. See befriended the largest importer of Pu’er into the United States. Through this connection and Linda at the Bana Tea Company, See learned about the process for making tea—from picking leaves to making tea cakes and tea cake wrappers. You can learn more and find behind the scenes content at LisaSee.com.

5. Mother Love. There is Chinese written character for Mother Love that is composed of two elements: one meaning love and one meaning pain. Often mothers carry the pain of their children in their hearts. Children also feel love and pain towards their mothers growing up, and again when their mothers die. Our relationships to our mothers are complicated and full of conflicting emotions.

6. The Adoption Story. There are many dyads of mothers and daughters in this story. Haley, a young woman who was adopted by a family in the United States, has both a birth mother and an adopted mother. She has two mothers, but one is always an absence for her. Haley also struggled with feeling both grateful and angry: grateful to live in America and for the family she loves, but angry about stereotypes put upon her. See also explores the loss of what it feels like to give up a child in the hope of giving them a better life. See interviewed people all across the country who were adopted from China, and received incredibly beautiful letters from her interviewees about their experiences. This novel brilliantly explores the many facets of adoption.

7. The Cover and the Title. The original title of the book was THE FOX SPIRIT OF HUMMINGBIRD LANE, but it turns out the Akha don’t have a fox spirit despite See’s hopes. The cover is just plain gorgeous.

8. See loves book clubs as much as we do! To ask Lisa See to join your book club via Skype, please send an email request. 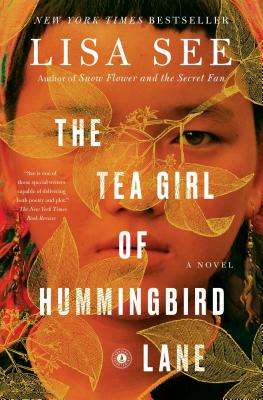 Lisa See writes a powerful story about a Chinese mother and her daughter who has been adopted by an American couple. See paints an unforgettable portrait of a little-known region in China and, as with all of her novels, delivers intricate relationships between women, with a special focus on the mother-daughter relationship.

Read the full review of THE TEA GIRL OF HUMMINGBIRD LANE.

Enter for a Chance to Win a Luxurious Reading Oasis 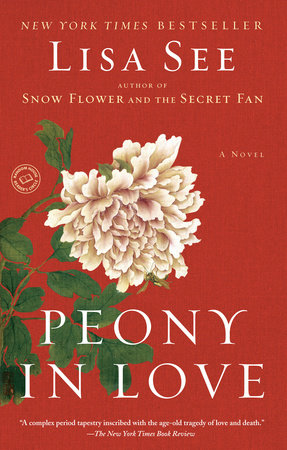 |+| Add to Your Shelf
Peony in Love
by Lisa See

A young woman entombed in her family’s traditional values and rituals dreams of a life outside the obedience expected from her. Lisa See expertly weaves the journey of Peony in seventeenth-century China with themes just as prevalent today: pursuing one’s destiny against the odds, a woman’s place and lack of a voice in the world, and the power of friendship and freedom.

|+| Add to Your Shelf
Peony in Love
Lisa See

The 5 Best Books I Read During My Commute

Put a Little Spring in Your Fall Step: A Bookish Bouquet in 9 Novels 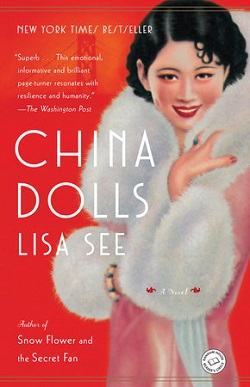 |+| Add to Your Shelf
China Dolls
by Lisa See

9 Historical Novels That Offer New Perspectives of Our World 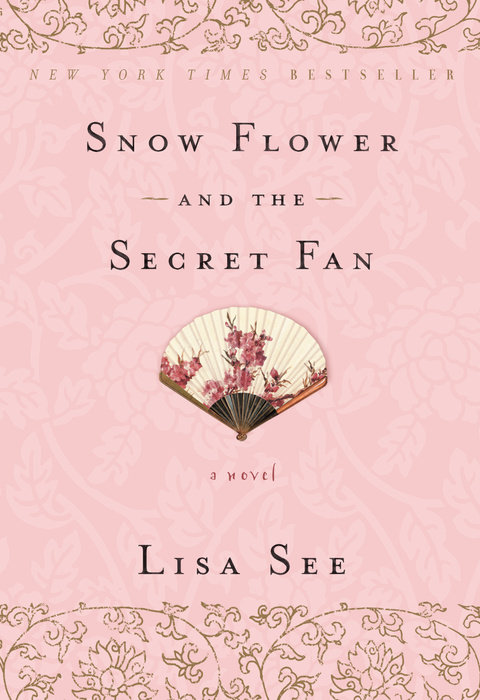 A captivating journey back to nineteenth-century China when wives and daughters were foot-bound and lived in almost total seclusion, Lisa See’s gorgeously written work of fiction is as deeply moving as it is sorrowful.

A captivating journey back to nineteenth-century China when wives and daughters were foot-bound and lived in almost total seclusion, Lisa See’s gorgeously written work of fiction is as deeply moving as it is sorrowful.