Carol Rifka Brunt’s brilliant and layered TELL THE WOLVES I’M HOME is the story of 14-year-old June, who falls forward into the wilds of her adolescence after the death of her beloved uncle, Finn.

It is also a story of siblinghood, grief, vulnerability, and shame.

The story begins in 1987, in Finn’s Upper West Side apartment, as he, a celebrated and reclusive artist, spends his final days painting a portrait of his nieces. The portrait is, June knows, an excuse to keep her, her sister, Greta, and their mother—Finn’s sister, Danni—coming for long and regular visits.

June, who is a little bit more in love with Finn than she knows she ought to be, relishes this time with her uncle, even before she knows that his death is imminent. And once she does know, June still believes there will always be one more Sunday, even as her mother warns her that their time with Finn is “like a tape you can’t rewind.”

Once Finn dies, June discovers that he had a partner, a lover, Toby, who was kept secret from her all these years because of her mother’s anger toward this man for, she believes, giving Finn the AIDS virus and stunting his ambition.

After Finn’s death, Toby sends June a posthumous gift from Finn, a book titled The Book of Days. In its pages, June finds a message from Finn asking her to take care of Toby, who is also dying, and who, Finn has written, has no one. And so June develops a secret relationship with Toby. With him, she sneaks into the city, smokes cigarettes, drinks alcoholic volcano bowls, and discovers more about her uncle than she ever knew. She even comes to realize that Finn—the man she thought he was—lives on inside of Toby. In this way, June gets to experience Finn’s life and death the way she didn’t get to the first time—with full knowledge of who he was, not just to her, but to Toby, and to her mother.

The gift then is not the book or the painting, which Finn created with the idea that it would keep the sisters forever connected. It’s the dissolution of the layers of pretense and discomfort that existed between them all, thanks to years of secrets and half-truths. Through this, Finn meets June’s vulnerability with his own.

The painting, which Finn titled “Tell the Wolves I’m Home,” features June alongside her sister, Greta. Between them, almost invisibly, is a wolf. Although the title never quite gives up its ghost, June has an idea of what Finn meant:

“Tell the Wolves I’m Home. Maybe Finn understood everything, as usual. You may as well tell them where you live. Because they’ll find you anyway. They always do.” 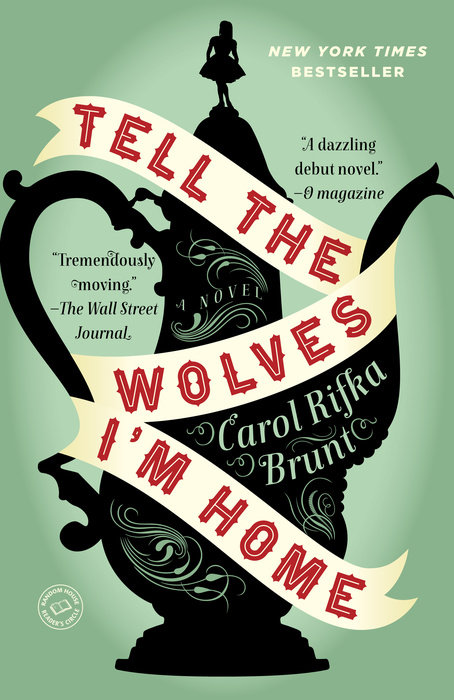 In this tender coming-of-age story, June Elbus is fourteen years old and grieving the loss of her uncle Finn, a renowned painter with whom she shared a special bond. Though her mother refuses to speak about the mysterious illness that Finn suffered from, his death brings a new friend into June’s life: one whom she must keep secret, but will ultimately help her heal.

7 Riveting Stories About Sisterhood That Perfectly Capture Its Complexity

9 Novels Illuminating the Art World As Seen By Women

A Brilliant Coming of Age Tale About the Wilds of Adolescence

I Heart the 80s: 12 Radical Reads About Everyone’s Favorite Decade