When I recently saw the trailer for 12 STRONG—the Warner Bros. film starring Chris Hemsworth and Michael Shannon—I immediately moved the book that inspired the movie to the top of my TBR pile. 12 STRONG, originally titled HORSE SOLDIERS, was a runaway bestseller when it was published in 2009, and after reading it in just two heart-pounding sittings, I understand why.

12 STRONG is the astounding true story of a small group of American Special Forces who deployed to Afghanistan just after 9/11 and rode to battle on horseback. Just as “The War on Terror” was becoming part of our nation’s household lexicon, these soldiers were dropped into Afghanistan to find, fight, and defeat the Taliban. Highly trained but underprepared, the Special Forces had to rely on ingenuity as much as they did on firepower.

With little time to prepare for deployment, they purchased supplies from camping stores and dug through issues of Shotgun News for accessories and ammo for their AK 47s. They flew from Uzbekistan to Afghanistan in helicopters with broken oxygen systems, causing some of the soldiers to go hypoxic while in the air.

Once in Afghanistan, the soldiers—few of whom were skilled riders—were forced to navigate the country’s hostile, barren terrain on horses that were more like ponies in stature, accustomed to transporting loads much smaller than the average Special Forces soldier and his gear. Still, despite the obstacles and challenges, and even as they were outnumbered 40 to one, the American Special Forces were victorious. They captured the Afghan city of Mazar-e Sharif, defeating the Taliban’s stronghold on the rest of the country. Then, while welcomed by throngs of Afghanis celebrating the Taliban’s surrender, the Americans were ambushed and forced to fight for their lives from the city’s fortress, Qala-i-Jangi.

Doug Stanton, author of the bestsellers IN HARM’S WAY and THE ODYSSEY OF ECHO COMPANY, is a skilled storyteller who manages a light touch while putting the reader in the heat of the action. The book reads like a novel, complete with a barrage of unforgettable characters. Readers meet the Special Forces soldiers, their spouses back home, the Northern Alliance soldiers, the local Afghanis, the helicopter pilots, the commanders, the generals, the medics and gunners, and of course, the horses.

Stanton writes with empathy, managing to separate the soldier from the war, and the civilian from the soldier. We meet and come to know the Special Forces soldiers not as highly trained machines, but as individuals with feelings and fears, with thoughts and insecurities.

Stanton is not only a skilled storyteller, but also a meticulous journalist. He talked to more than 100 people involved in the conflict, reviewed hundreds of papers and documents, and walked the battlefields himself to accurately recount the story. The breadth and depth of this research is evident, but somehow never slows the narrative.

More than just a page-turning, satisfying read, 12 STRONG is an important piece of literary journalism that documents the ambitious, yet haphazard early days of a war that—while still ongoing—feels like ancient history. The book forced me to think of and mentally thank the men and women in uniform still fighting disheveled, dangerous conflicts around the globe, as well as the brave, ingenious soldiers featured in 12 STRONG. I look forward to meeting them again soon on the big screen. 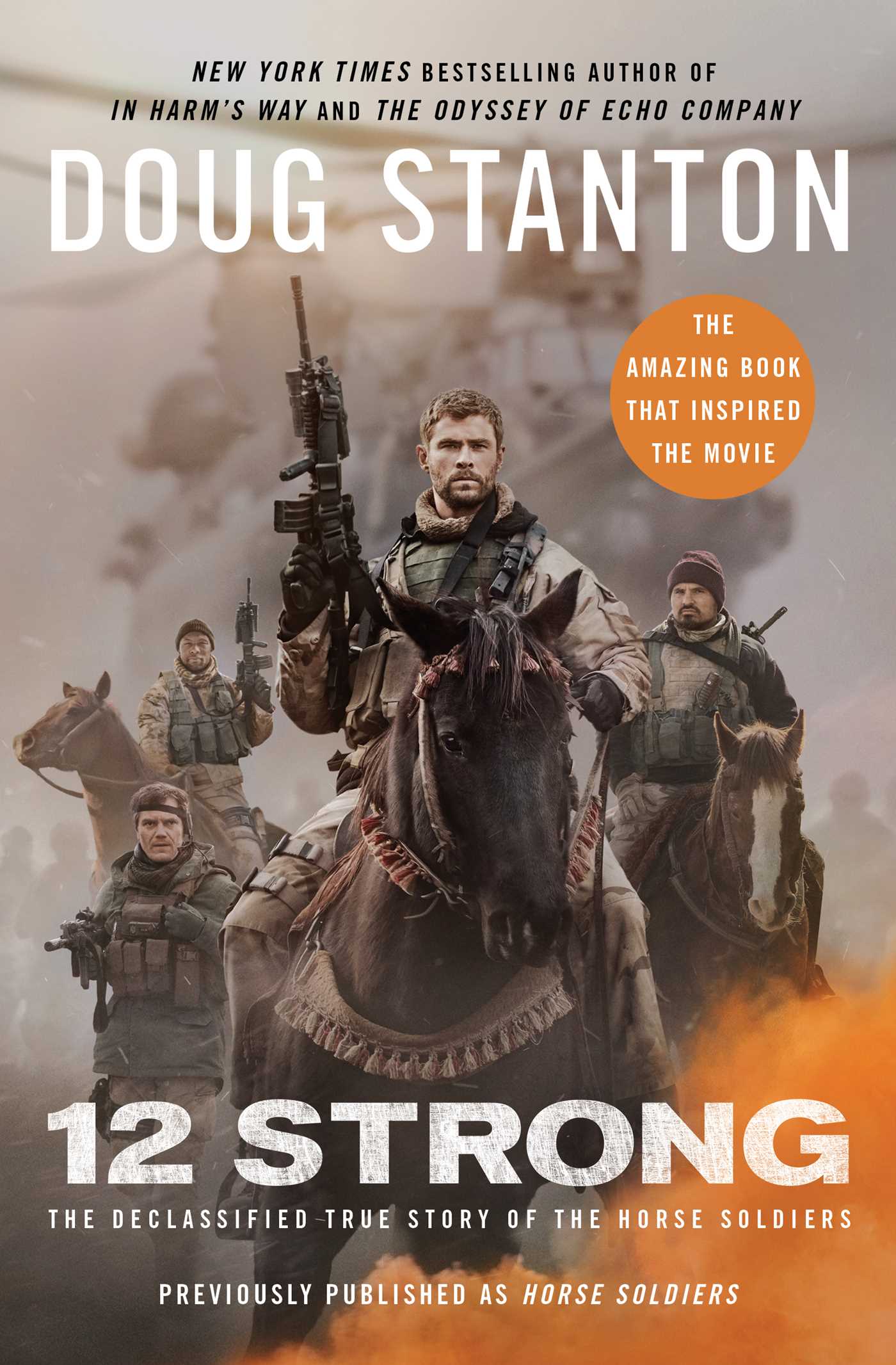