I want to start by saying that I am not someone who reads every book Oprah tells me to read. However, when I do read a book Oprah has selected, I will often find myself thinking that she was right to recommend it. And that was again the case with THE INVENTION OF WINGS by Sue Monk Kidd, author of the beloved THE SECRET LIFE OF BEES. It is a rich, multigenerational story of a young abolitionist, Sarah, born into a plantation-owning Southern family several years before the Civil War, and a young slave named Handful, who is given to Sarah on her 11th birthday as a gift. She is meant to be her handmaid for life. Handful is presented in front of everyone with a ribbon tied around her waist and a bow on the top of her head in a stirring scene that shows one of our beloved narrators as nothing more than an object, in the eyes of the South.

Throughout the novel Sarah and Handful alternate narrating and take us on an incredible adventure through two very different lenses. Handful and her mother are not always willing participants in their fate. They can see through the lies and threats to be obedient. Meanwhile, Sarah is forced to live a life under her strict mother’s watchful eye and to take on slave-owning traditions she vehemently disagrees with. When Sarah tries to refuse Handful as her birthday present, a bitter war between Sarah and her mother begins.  In a confrontation between the two main characters, Handful insightfully points out to Sarah, “My body might be a slave, but not my mind. For you, it’s the other way round.”

An epic, decade-spanning story begins to unfold and take shape when Sarah’s mother gives birth to a baby girl named Angelina. A much older sister at 12 years old, Sarah takes Angelina under her council and shows a very different view of the world than her mother provided. Kidd shows the roots of a new generation taking form. There is hope in this new sister; there are new ideas being spread and acceptance, tolerance, and equality are at the core of all of them.  After years of studying, Sarah faces a great moral dilemma about staying on the plantation. And her decision will change the course of the novel in splendid ways.

Some of the best fiction out there is based on actual events and people.  As Kidd writes in her author’s note, the idea of this story was born from the Grimkee Sisters, two abolitionist sisters who actually lived and fought and traveled extensively in the United States speaking to women’s groups about the perils of slavery and the importance of women’s rights. They were pioneers in their day and this novel serves as an inspiring and pleasing tribute to them. With great skill, it also sends the message that family is not always blood. Family can be those around you whom you select to care about. The people who surround you and fill you with light. The people who care for you and support you when the rest of the world is against you.

These lines cannot be drawn with gender or race or education. They are drawn around the soul and the spirit and a connection that man cannot break. Kidd’s novel compels the reader to dream of a world bigger and better not only for one’s self, but for all. Equality, justice, humanity, empathy; these are the immediate themes of THE INVENTION OF WINGS. And in a world like the one we live in today, aren’t these the exact things we are all looking for the most? One may leave the novel thinking, Just how far have we really come?

The Invention of Wings
by Sue Monk Kidd 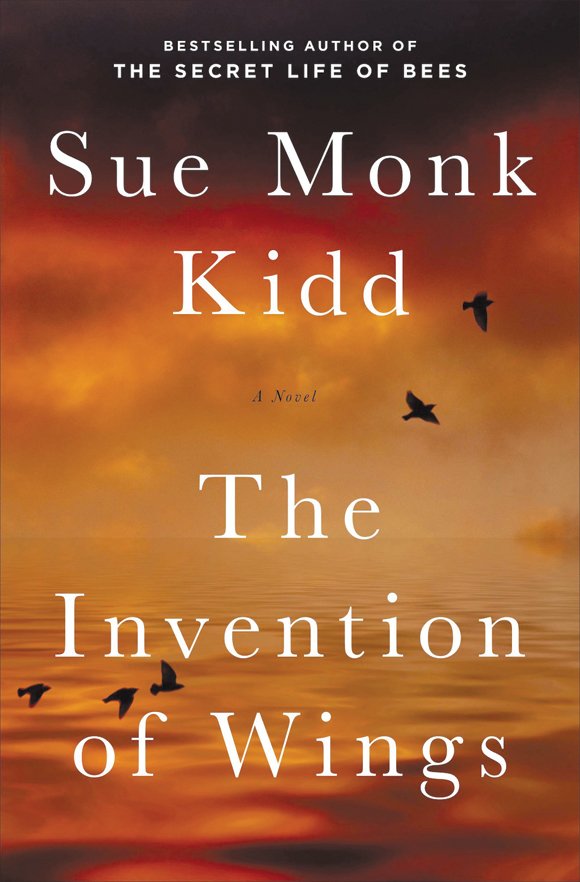 |+| Add to Your Shelf
The Invention of Wings
Sue Monk Kidd

Writing at the height of her narrative and imaginative gifts, Sue Monk Kidd has crafted a masterpiece of hope, daring, and the quest for freedom. Set in the years just before the Civil War, this exquisitely written novel is an unswerving look at a devastating wound in American history through the eyes of two sisters whose struggles for liberation, empowerment, and expression will leave no reader unmoved.

This Novel Will Make You Dream of a Bigger, Better World

Beat the Heat With These Summer Book Club Picks

You may also enjoy these 14 Spectacular Reads from Oprah’s Book Club.