I first received an advance copy of Wendy Walker’s debut, ALL IS NOT FORGOTTEN, months before its summer publication date and immediately put it on the top of my TBR pile. Summer came and went, but it was not until a Friday afternoon in the late fall that I finally picked it up.

I believe that certain books need to be saved until we’re ready to experience them, until we can really appreciate and understand them. That Friday, I came home and then spent the entire weekend devouring it, staying up late into the nights reading just one more chapter. As I turned the final page, I sat on the edge of my couch, frozen. Then I picked up my phone and told everyone that they HAD to read it.

ALL IS NOT FORGOTTEN begins in the woods. Music is blaring in the background from a house party, one that 15-year-old Jenny Kramer had been attending. It is widely known that teenagers can be cruel, and this party was no different. After one too many shots, Jenny got sick, then ran into the woods to escape the humiliation. She didn’t know that someone had followed her until it was too late. “I have imagined her crawling, the inebriation hindering her coordination and the shock freezing time.” At the hospital, Jenny is given a controversial drug to erase the memory of the rape, but her parents soon learn that although the details are no longer in her mind, the physical and emotional repercussions can not be excised.

“Jenny. Do you want to remember what happened to you that night in the woods?”

We sit in on Jenny’s sessions with her psychiatrist, Dr. Alan Forrester, as they try to retrieve her stolen memories, delving deep into not only Jenny’s psyche, but that of her parents and Alan as well. In the end, we learn that not one of the characters is the person that they they present to the world. Everyone is hiding behind a screen, terrified that they will be found out.

The most interesting character is undoubtedly Alan. Because he is a psychiatrist, we trust his opinions and point of view, never doubting the truth and insight he possesses. Alan is far enough removed from Jenny and her family that he can see things they cannot, but at the same time he’s oddly invested—sometimes bordering on obsessed—not only with recovering Jenny’s memory, but with Jenny herself. The circumstances surrounding her rape strike a chord deep within Alan, which causes him to act out of fear. There’s a connection between Jenny and something in his past, but it’s not until the concluding moments that it is revealed.

What I love most about this novel is the psychology of it, the underlying way that it permeates your every thought. Many writers of psychological suspense try this feat, but few actually succeed in doing so. Walker’s descriptive prose has the same subtleties as that of authors like Tana French and S.J. Watson. Having the privilege of working in the industry, I read a lot of books—but to find one this exceptional is rare.

All Is Not Forgotten
by Wendy Walker 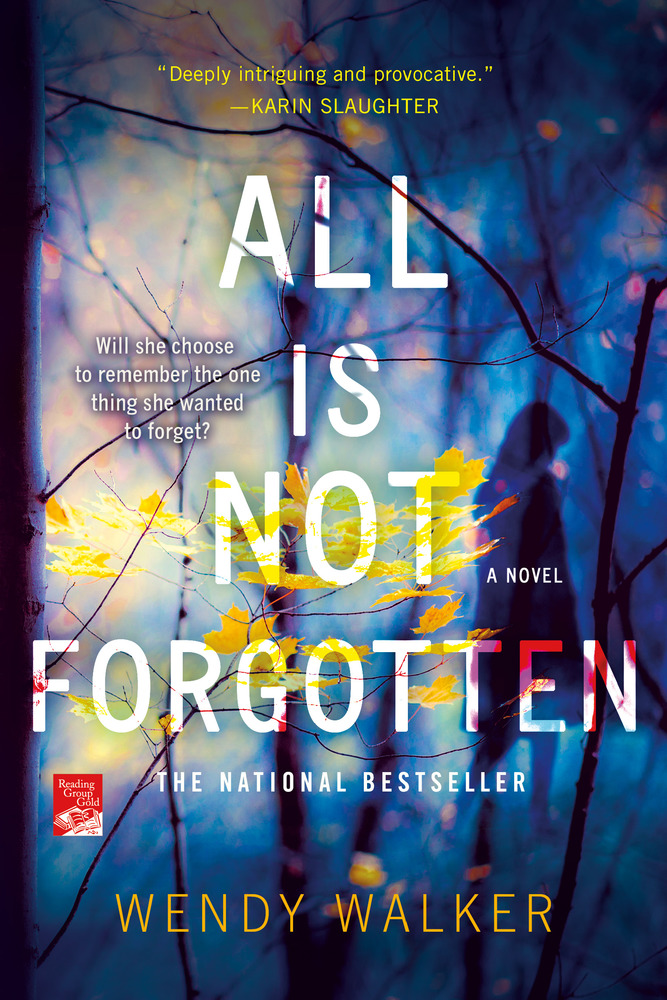 |+| Add to Your Shelf
All Is Not Forgotten
Wendy Walker