For two years in high school, I had a long-suffering crush on a guy named Randy, who only saw me as a brainy, funny friend and not the coquettish sexpot I so desperately wanted to be. We talked on the phone often, exchanged book recommendations, and watched movies together. Meanwhile, I desperately yearned to crawl underneath his arm or for his hand to brush mine and for him to spontaneously decide that OF COURSE he loved me, too.

None of those things ever happened. But the relationship was not in vain, because he did introduce me to the real love of my life (bookwise, anyway): Stephen King. All I knew about Stephen King in high school was that he wrote horror fiction—stuff about violently deranged dogs, and psychotic, ax-wielding women—until Randy suggested we watch the DOLORES CLAIBORNE movie adaptation. I loved it so much, I immediately read the book, and that’s when my love affair with King truly blossomed.

On the surface, DOLORES CLAIBORNE is a murder mystery—the story’s namesake is accused of killing her elderly wealthy employer, Vera Donovan. When interviewed by detectives, we get the story of Dolores’s hardscrabble life, including her marriage to the abusive Joe St. George—and the circumstances surrounding his suspicious death 30 years prior. Naturally, we start to wonder if Dolores is a murderess two times over.

King expertly exposes the truths behind this mystery scene by scene—and the first-person prose absolutely embodies Dolores. As a writer, that’s the first thing I admired: how skillfully he nails this character, her dialect, her life.

But more than the superb writing and the mystery itself, DOLORES CLAIBORNE is a rallying cry for feminism. From Vera lamenting “It’s a depressing masculine world we live in, Dolores,” to her observation (and my favorite line): “Sometimes being a bitch is all a woman has to hang on to,” this book explores sexism in our modern society—and how it affects every woman from the extremely wealthy to the poorest of poor. And Dolores Claiborne has had enough of it.

Dolores Claiborne is my favorite heroic anti-hero—and I cheer her on every time I pick up the book (at least once a year). That first time I read her, she helped me learn to stand on my own two sixteen-year-old feet—I mean, after I was done crying into my pillow about what turned out to be the first of many unrequited loves. Fortunately, Dolores was there to help get me through all of them. 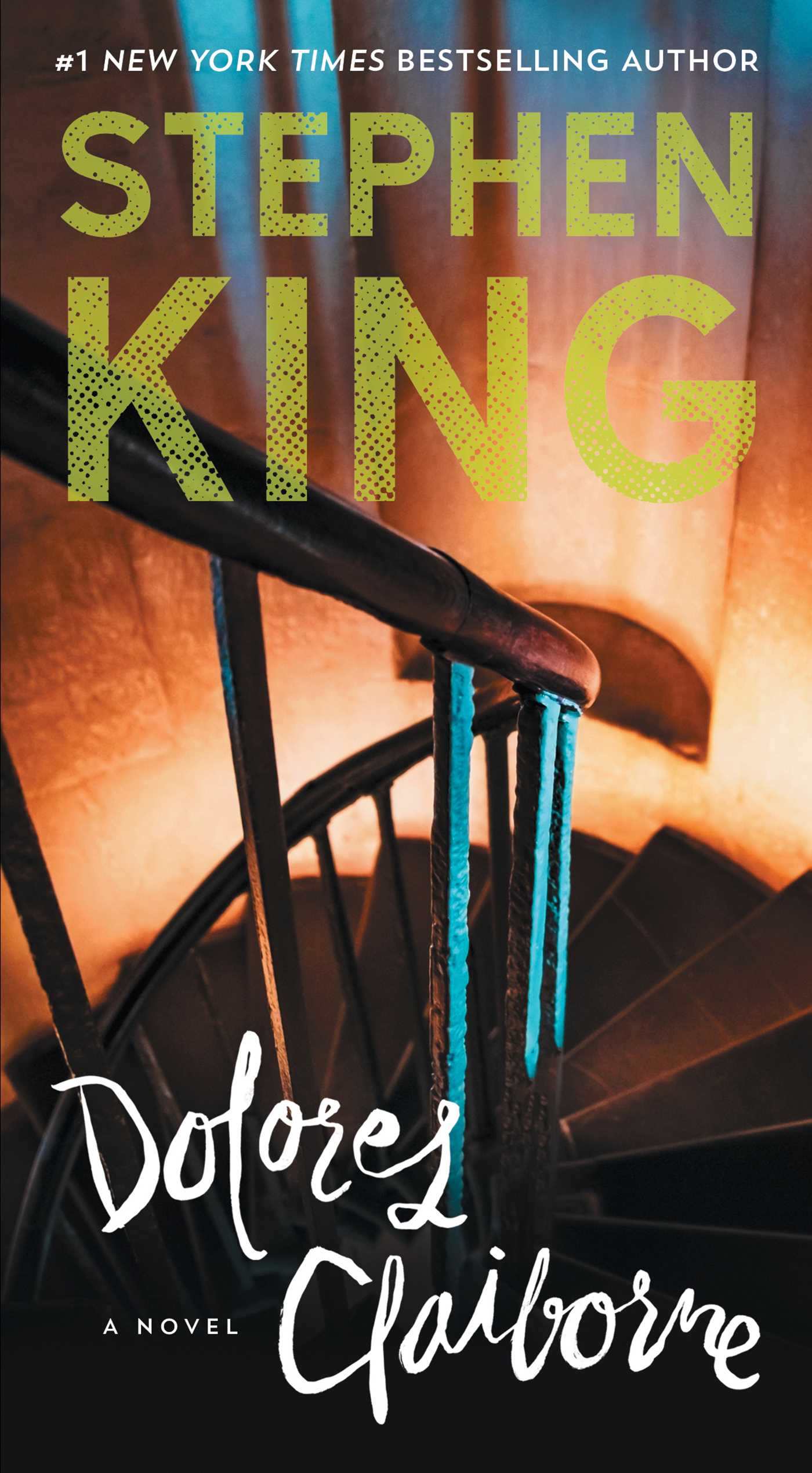 King's novel DOLORES CLAIBORNE was adapted into the 1995 film starring (again) Kathy Bates. When housekeeper Dolores Claiborne is questioned in the mysterious, sudden death of her wealthy employer, a long-hidden dark secret from her past is revealed- as is the strength of her own will to survive...