I’m a sucker for smart historical fiction that dives into the heart and mind of a woman who fights to become the heroine of her own life. THE ACCIDENTAL EMPRESS, Allison Pataki’s stunning jewel of a novel, does just that. Set against the lush, epic backdrop of Viennese splendor, the glitter of the Hapsburg Court, and the political chaos of an empire about to erupt, this immensely readable novel is the true story of Austria’s last empress—“a girl who, having seen nothing of people or the world, had believed that love was all one needed to be happy.”

In 1853, Elisabeth, the beautiful daughter of the feckless Duke of Bavaria, is whisked off to the emperor’s country estate with her older sister. Splendor, luxury, and romance await. At 15 years old, Elisabeth—called “Sisi” by her adoring family—outshines her eldest sister in everything but bookishness and piety. She arrives at the palace bringing energy and charming simplicity, and steals the heart of her sister’s intended groom: Emperor Franz Josef.

From the moment young Franz declares his love, Sisi’s life is not her own. Before the two can marry, she must train in conversation and dancing, whiten her teeth, upgrade her wardrobe, tighten her corset, and tame her spirited ways. She’s young and in love, but it soon becomes clear that all is not well in the palace. The wedding gown is surprisingly heavy, and Sisi does her best to carry its weight even as she learns that jewels, gifts, and adulation from the empire’s subjects are poor substitutes for privacy, autonomy, and her groom’s attention.

Imagine a mother-in-law bold enough to come along on the honeymoon—and then insist on spending time with the bride while her groom goes off to work each day! This is what Sisi must live with under the cold eye of Archduchess Sophie, the crown mother. Caught in the middle, the dutiful young emperor has plenty of troubles of his own. France has declared war on Russia, the Hungarians are rebelling, the Germanic peoples are uniting, and his domineering mother has installed a spy in Sisi’s private chambers.

Even as she becomes a new mother and wins the affection of the Austrian people, Sisi loses the ongoing battle against her mother-in-law’s powerful will. When tragedy strikes, Sisi takes refuge in the only things she’s able to control: her looks, her weight, her hair, and her skin care. She takes up an obsessive exercise regimen, and becomes isolated and withdrawn.

It is only when the empire is about to explode that her grace, energy, and beauty are allowed to shine. Drawn to another man’s magnetism, she dares to show her true spirit to the people of Hungary, and brokers a political rapprochement even as she finds a new path for her own independence.

Sisi’s tale of tumultuous awakening unfolds in cinematic prose set against a soundtrack of Strauss waltzes and the distant rumble of the guns of war. THE ACCIDENTAL EMPRESS delights, illuminates, and inspires as it asks the question so few can answer: Do we make our fate, or is it decided for us?

The Accidental Empress
by Allison Pataki 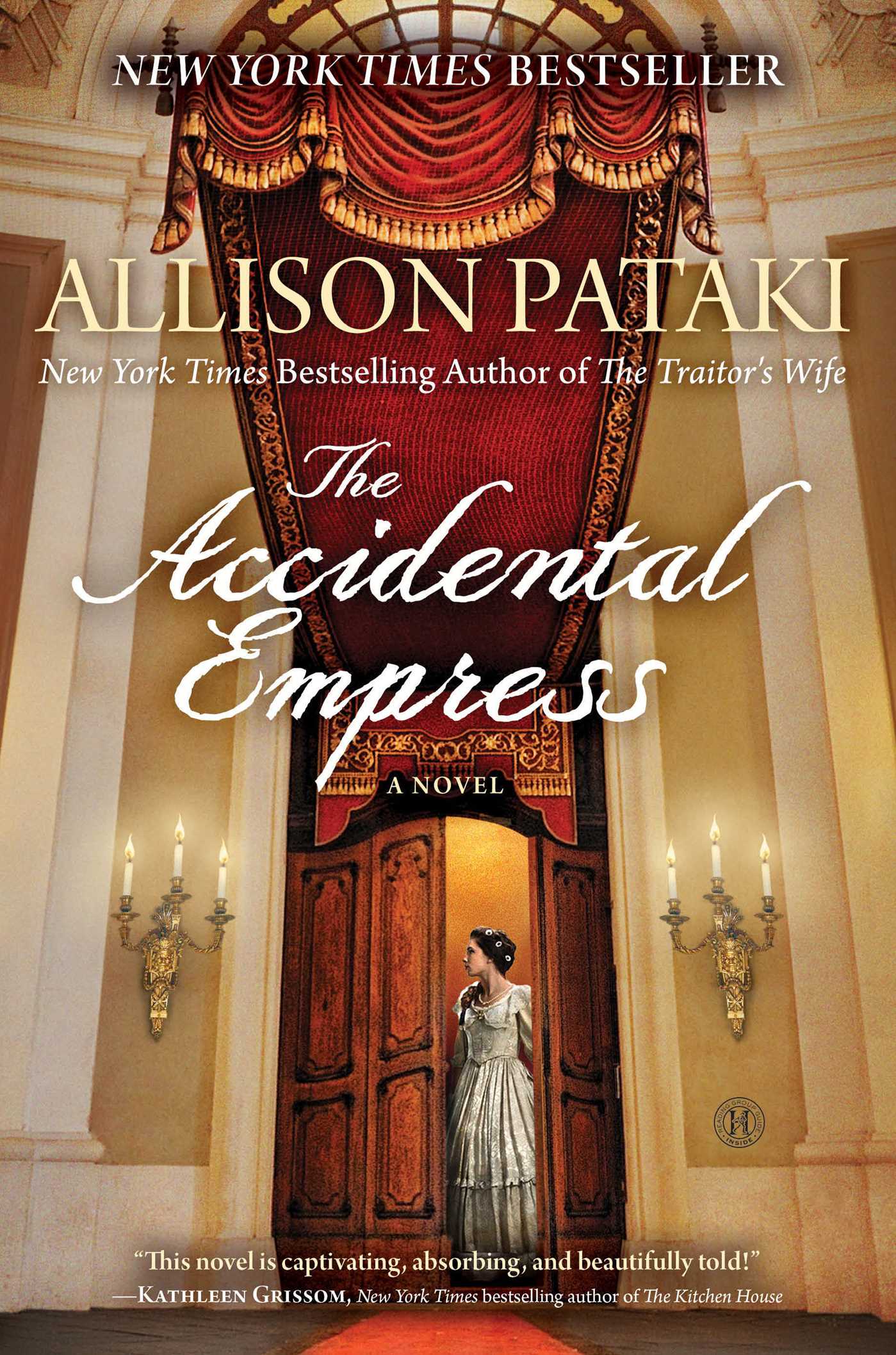 |+| Add to Your Shelf
The Accidental Empress
Allison Pataki