I’ve always enjoyed adrenaline-boosting hobbies—aerial acrobatics, surfing, mountain biking—so as I neared my half-century mark, I thought, Should I thru-hike the Appalachian Trail?

I immersed myself in all things AT (as the trail is affectionately known) and came to the unwavering conclusion that no way in hell could I ever do such a thing.

That said, the journey to discovering that I am a hiking wimp was thoroughly enjoyable, and my favorite book on this well-explored subject, the one that convinced me the AT was, literally, not the path for me, is Gary Sizer’s WHERE’S THE NEXT SHELTER?

Sizer (trail name: Green Giant) is nearly everything I am not: male (not that it matters), ex-military (might not matter), married to someone who not only understood but fully embraced his need to live in the woods for almost a year as he walked from Georgia to Maine (definitely matters, if one wants to remain married). Those differences between us only served to make me feel closer to Sizer on his odyssey, where I experienced his triumphs, challenges, and a host of his fellow hikers, each way too endearing and personable to be designated as simply “unforgettable characters.”

Thanks to Sizer, I now know how to toilet in the woods. I know what to pack and what to leave behind. I know how dangerous the AT can be, and also how heartbreakingly beautiful. I know how to filter coffee without a filter. I know what taking a zero means. I know the importance of Trail Angels. I know that the log books found in each shelter along the way, in which hikers sign in and leave notes, are a wonderful communication tool, as well as an artistic outlet. I know that hikers smoke a lot of pot and eat a lot of Pop-Tarts. I know what a trail name is (and still wonder what name might have been bestowed upon me). I know that if I start to smell of urine it probably has nothing to do with cleanliness (though on the AT, it might) but rather is a potent sign that the body is cannibalizing itself due to not enough protein being consumed. I know that once you’ve walked the AT, a part of you will always be there.

When one feels truly called to hike the Appalachian Trail, nothing will stop you—not quitting your job, not never-ending pain, not Lyme disease, not witnessing the death of a fellow hiker, not water-borne parasites, not foul-mouthed shopkeepers, not run-ins with cult members, not being swarmed by mosquitos, not eating Ramen (raw)…all of which happened to Sizer.

Although I do not have the heart, physical ability, or the constitution to make such an arduous trek, I deeply appreciate that Sizer did and shared his journey with such passion, honesty, and a contagious sense of humor. His story is so visceral that I almost feel as if I hiked the trail myself, but I’m so relieved I didn’t have to.

Where's the Next Shelter?
by Gary Sizer 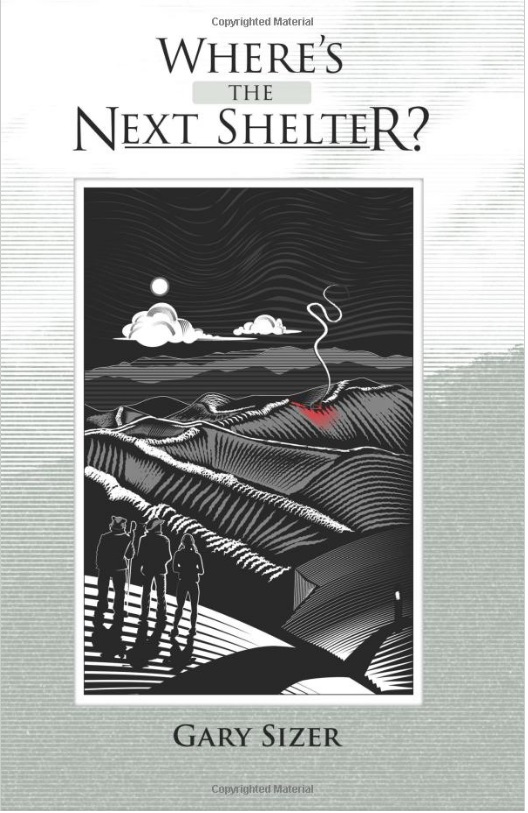 |+| Add to Your Shelf
Where's the Next Shelter?
Gary Sizer