A well-done first-person narration plunges the reader into a story, a mind, much different from her own. For me, the most magical experience of reading comes in that moment, as I fail to distinguish between my inner voice and the one bleeding through a book’s pages, filling me with salient, foreign emotions and thoughts.

A GIRL IS A HALF-FORMED THING by Eimear McBride has continued to haunt me for just this reason since I first read it almost two years ago, and especially after I reread it recently. It’s a harrowing story of an unnamed girl navigating the world during her formative childhood years, and I’ve recommended it to almost every person I know, often with a warning that I cried frequently while reading, and for good reason.

The book, with its fragmented and spinning narrative, echoes the stream-of-consciousness found in the works of Virginia Woolf and James Joyce, another great Irish writer. I cannot lie that the first few chapters, each just a handful of pages, are hard on a reader accustomed to proper syntax and punctuation. But the beauty of McBride’s writing lies in the rhythm that develops as the reader’s cognition shifts to pick up the girl’s thoughts. You never hear the characters say anything directly, instead settling for the girl’s awareness of what happens around her through twisted, abrupt, and sometimes puzzling words.

However, beyond the wonderfully unique writing style exists a tale of heartbreak that is what ultimately sets this book apart from all others. The story begins with the memories of a girl who’s only eight or nine. She lives in the shadow of an older brother who ought to have died from a brain tumor but miraculously survives with a mental disability that leaves him a little slower than other children. The two siblings live in a splintered household with their devoutly religious mother, who struggles to care for them and refuses to acknowledge the problems that linger from her son’s illness. Violence and abuse unfold, and perhaps most startling is that while I wished to cry out, to stop what occurred, I was reminded that I was in the mind of a young girl who does not know how to fight back, does not think of what occurs around her in the way that we, as the outsiders, do.

It took McBride just shy of a decade to find a publisher willing to introduce A GIRL IS A HALF-FORMED THING to the world, and it’s not entirely hard to see why. The book embodies the psychological trauma of dark, twisting secrets, which to some readers may seem off-putting. But by the end, I felt proud to have read to the very last period, taking in a voice and experience that, although not mine, still occurs every day in the world. The back cover copy for this book promises that it’s a work you’ll never forget, and to this day I can testify that it’s true.

A Girl Is a Half-formed Thing
by Eimear McBride 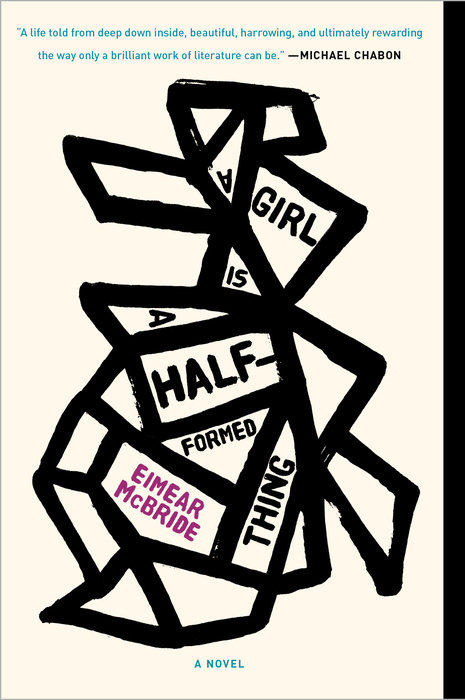 Frenzied and unforgiving, this gorgeous, dark, difficult book is worth sinking into (and you will need to let yourself sink in). Just like with Ferrante’s work, I found myself not breathing for long passages at a time. Maybe not great for your physical health, but unbeatable mentally.

Read the full review of A GIRL IS A HALF-FORMED THING here.