I picked up Doris Lessing’s novel THE FIFTH CHILD while six months pregnant. I had long admired Lessing’s unapologetically bold fiction and was unable to resist a tale about a child who is, even before birth, a very bad baby. The novel did not disappoint—it is an exercise in vicarious chills and creepy voyeurism until a deeper truth emerges: creating life means surrendering to forces beyond our control.

The story follows a stolid British couple, Harriet and David Lovatt, who flee the “greedy and selfish” London of the late 1960s for the suburbs. They dream of a large family filling the oversized house they acquire, which is just beyond their means. Immediately Harriet becomes pregnant, and then, as if in an unstoppable stream, three more children quickly follow.

Despite using protection, Harriet becomes pregnant with her fifth child, a malignant presence who seems to be waging war on her body from within. Soon, Harriet is sneaking powerful tranquilizers to calm down “the foetus,” whose violent writhing makes her envision that “hooves were cutting her tender inside flesh, sometimes claws.”

When the baby, Ben, finally emerges, there is nothing innocent or infant-like about him. His physical aberrations are only overshadowed by his monstrous behavior: he is preternaturally strong, unloving, and violent. David and Harriet begin to suspect that Ben is, among other frightful things, a “hobgoblin.”

As Ben terrifies the other children and pets are found strangled, happiness departs the house, never to return. Fearing for the safety of their other offspring, the Lovatts exile Ben to an institution. For a while, it seems the family will recover, but then Harriet gets curious.

Lessing creates exquisite tension by focusing on Harriet’s maternal dilemma. Despite Ben’s horrific flaws, she loves him, or at least understands that she ought to love him. When she sees him, helpless and trembling at the institution, where he will surely die in agony, readers are forced to sympathize with the terrible choice she must make.

THE FIFTH CHILD flows unimpeded in one chapterless gush, as if echoing the relentless pace of a life that has escaped one’s control. It is a stark, gripping book that presents a world that bends to no one’s will, reminding us of our powerlessness in the face of fate’s whims. The decision to bring a child into the world is always a gamble, but as our bravery, or perhaps naiveté, is greater than our fear, the human race soldiers on.

The Fifth Child
by Doris Lessing 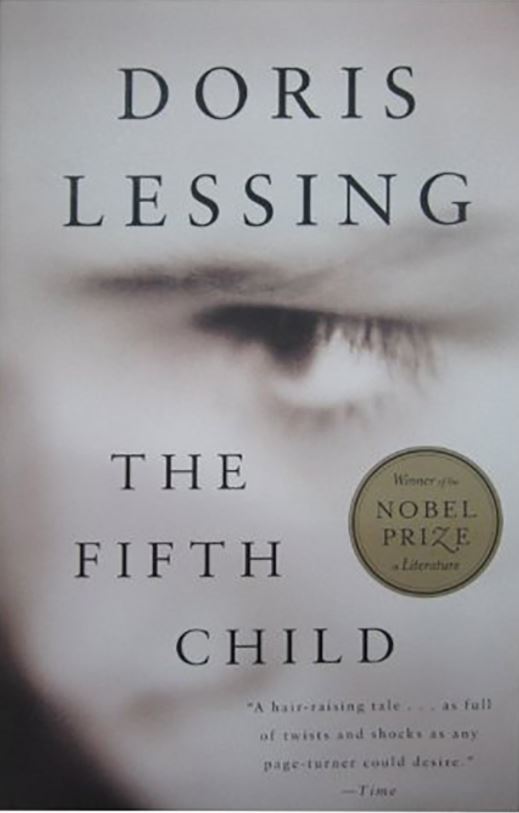 |+| Add to Your Shelf
The Fifth Child
Doris Lessing